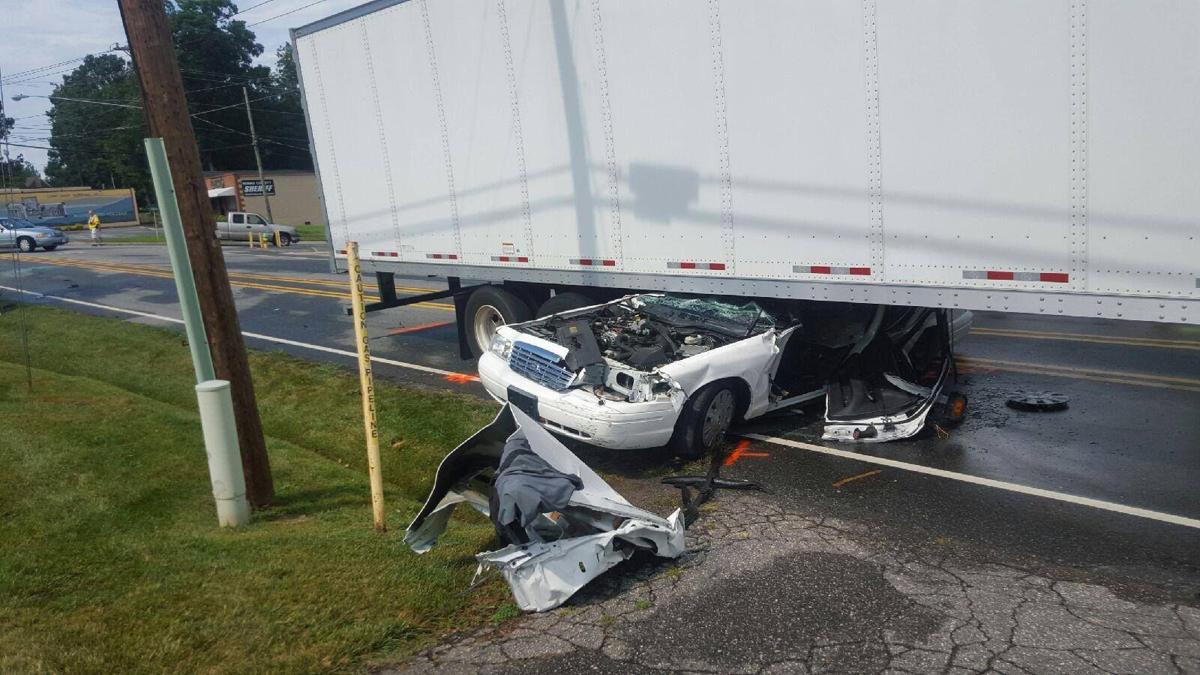 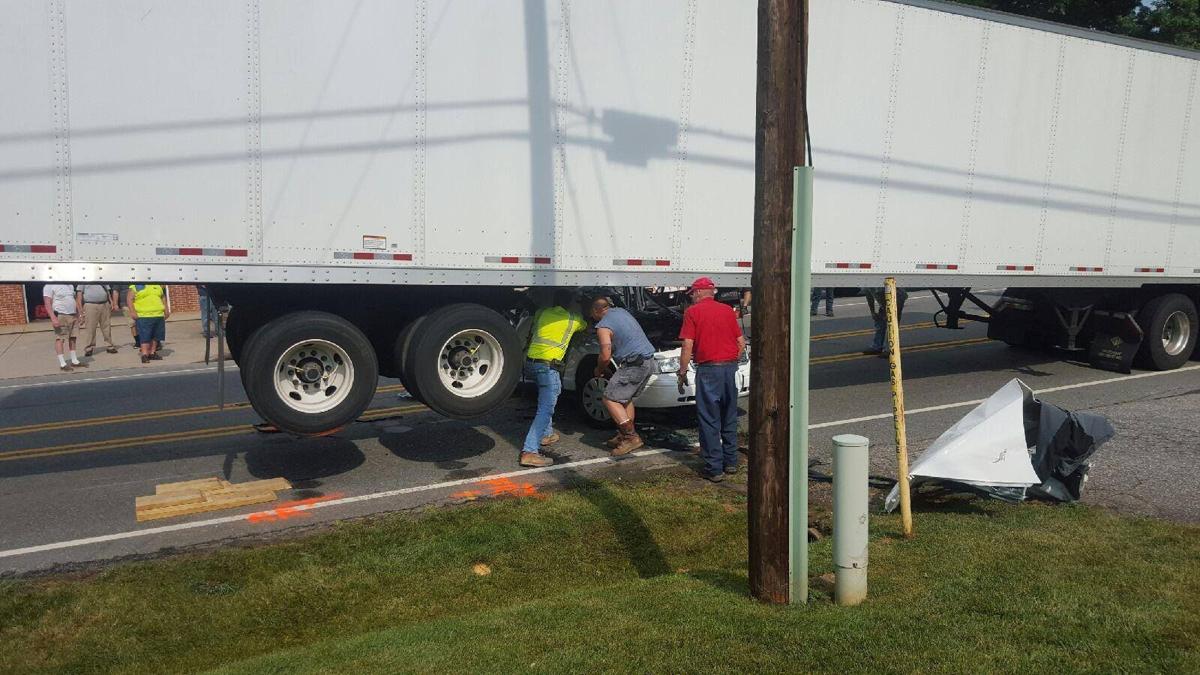 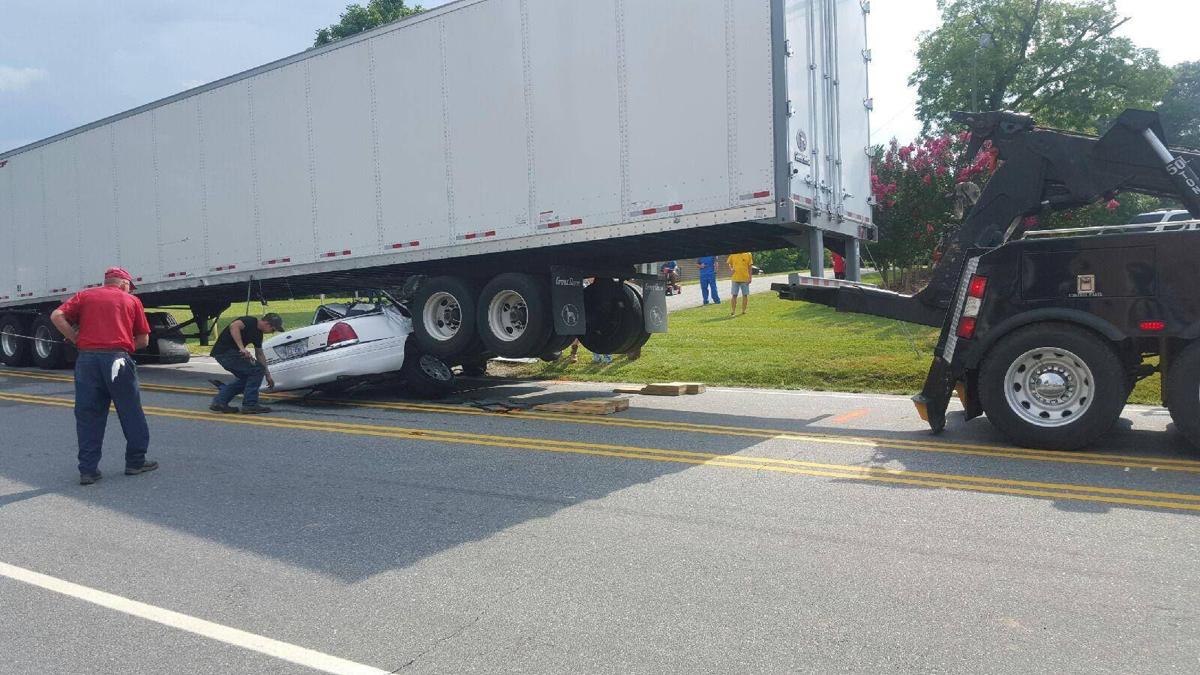 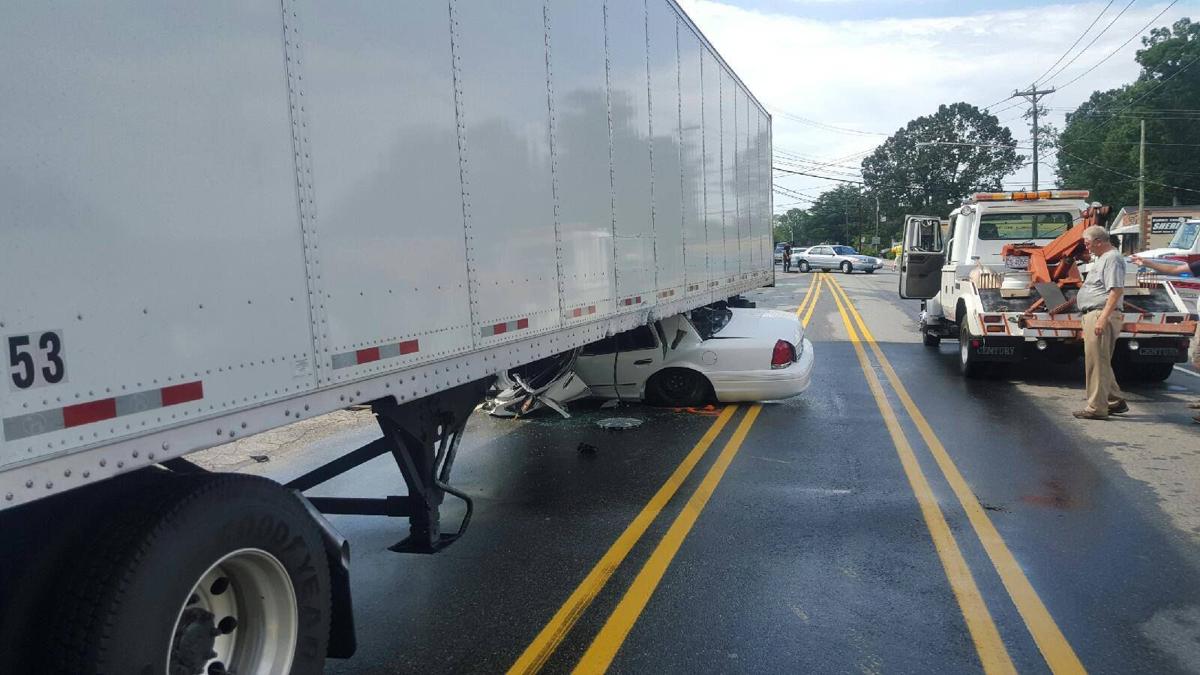 RUTHERFORD COLLEGE – A man was injured after being struck by a semi and dragged hundreds of feet.

Forrest Rich, 22, of Rutherford College, was headed up Campus Street and turned onto Malcomb Boulevard in Rutherford College when he drove in front of a tractor-trailer around 3:30 Tuesday afternoon, according to Trooper Vinson with the NC State Highway Patrol.

Rich’s Crown Victoria was pinned underneath the semi, and he was dragged nearly 200 feet until finally coming to a stop in front of Lovelady Fire Department. Firefighters inside heard the commotion and rushed to help, according to Lovelady Fire Chief Winfield Abee.

Lt. Jonathan Holden was the officer in charge at the scene and said he heard what he thought was a crack of thunder. He and others popped the door of the car and used the Jaws of Life to free Rich from the vehicle.

Miraculously, Rich, who formerly worked at Lovelady FD, was transported to a local hospital via ambulance without any serious injuries, according to Vinson.

“I told him to buy a lottery ticket because he’s one lucky man,” the trooper said.

Abee said Rich was just going to stay in the hospital overnight for observation.

While he may have escaped traumatic injury, Rich didn’t get away from the wreck scot-free. Vinson said he was charged with failure to yield to the right of way and a toxicology report was pending.

Along with Lovelady and NCSHP, Burke County EMS, REACT, the Burke County Sheriff’s Office and an investigator from the DMV also were on the scene.

Staff Writer Amanda Higgins can be reached at ahiggins@morganton.com or 828-432-8941.

A U.K. company is set to build what it says is the world's biggest and deepest pool, in a new project backed by a British astronaut.
Crime News

A 34-year-old Cordova man was shot and killed Wednesday in the presence of his pregnant wife, her 8-year-old son and her 7-year-old daughter.