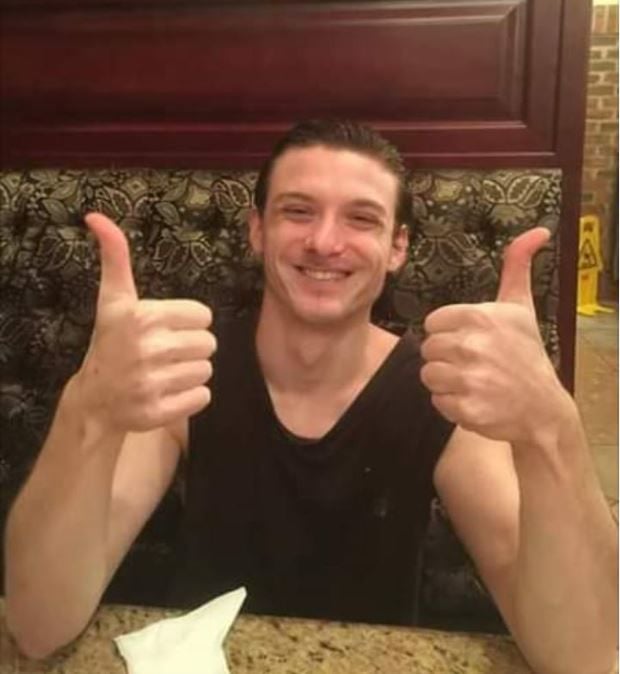 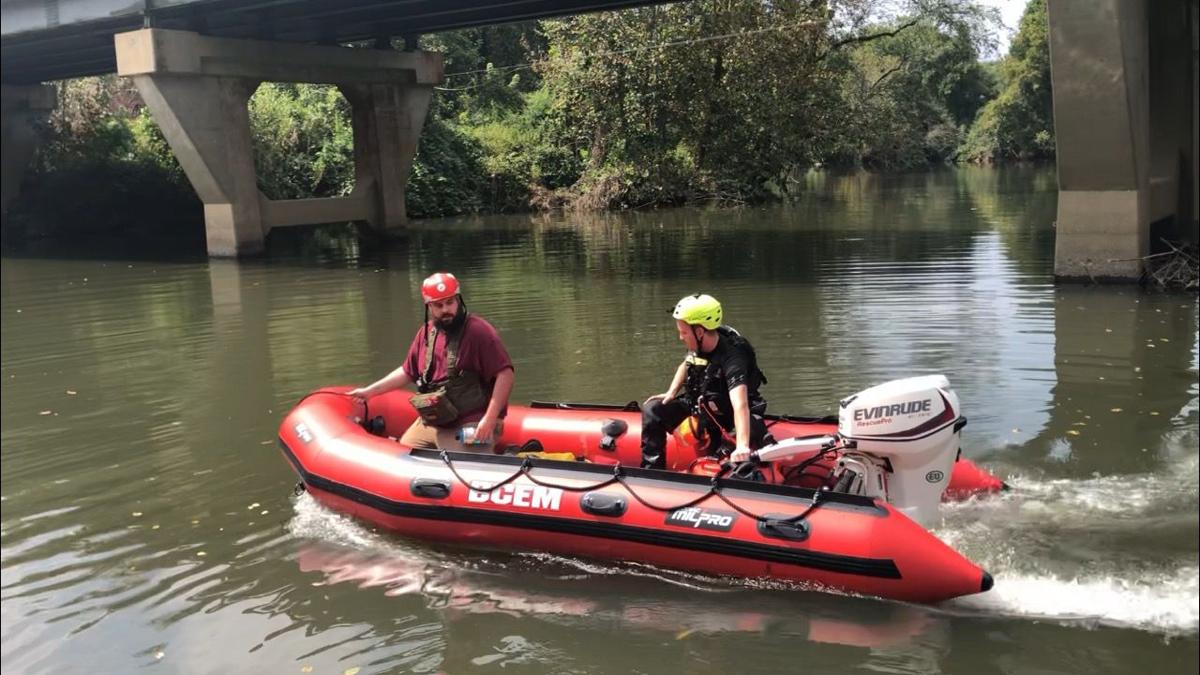 Two rescue workers take off in a boat on Johns River in hopes of finding Dustin Gray on Tuesday. 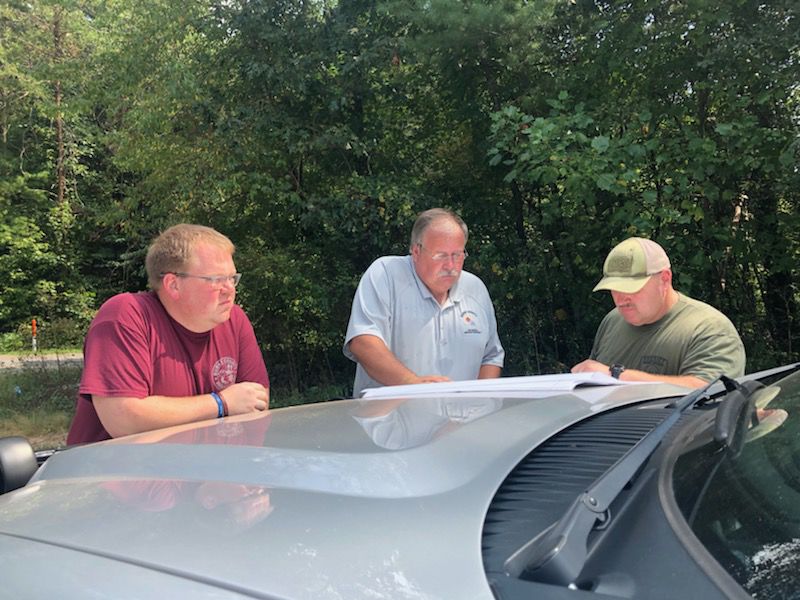 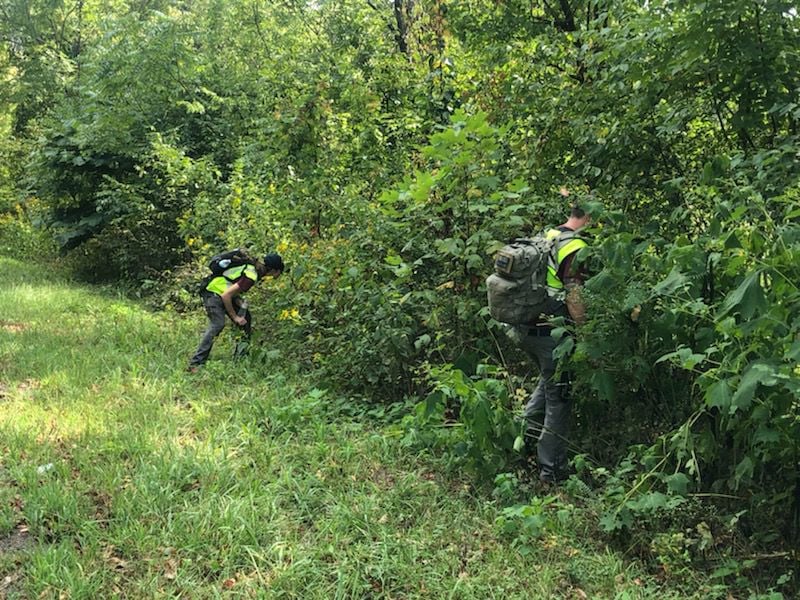 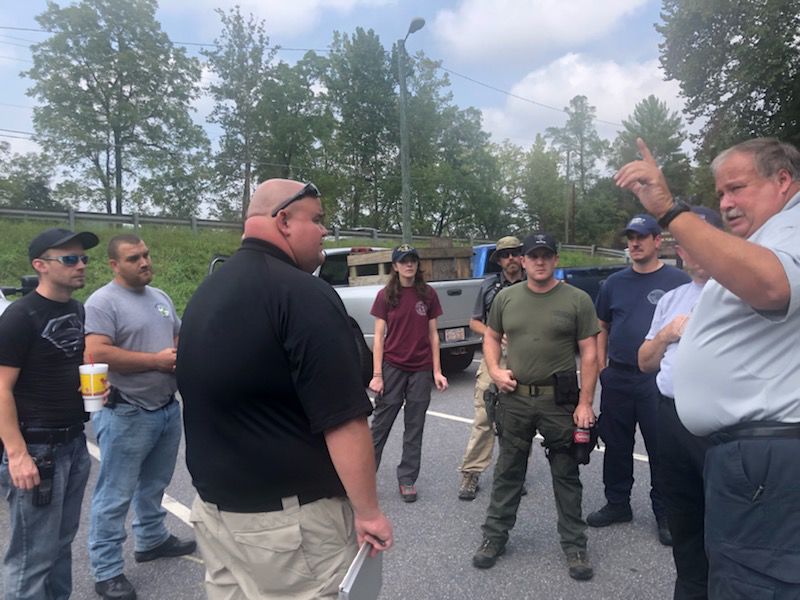 Crews spent Tuesday afternoon searching for a missing Statesville man whose car was found in the parking lot of the gamelands in the Chesterfield community Monday.

A car belonging to Dustin Gray, 25, was found in the parking lot off Johns River Loop on Monday, said Mercedes Johnson, Gray’s sister. Police told her that his keys and wallet were in the car.

“He didn’t tell anyone that he was leaving , which is really, really unlike him, and he actually doesn’t drive places that he doesn’t know because he doesn’t like to drive, it makes him anxious,” Johnson said.

“That’s a rapid run in the area to see if we can locate anything,” Huffman said. “Basically , we’ve got man trackers out to kind of actually see if they can find signs of where he was or where he left walking, and we’re going to go from there and see if we can find him.”

Some search teams went out through the woods near the gamelands where his car was found, while another team took a swift water rescue boat on Johns River in hopes of finding Gray.

“The area is thick,” Huffman said. “It actually does have a lot of swampy area … It’s going to be kind of treacherous for the searchers, but we’re going to make every effort we can to find him if he’s in the area.”

Johnson said her family doesn’t know anyone in Burke County, and she’s not sure why Gray would have come this way.

When she was told crews were searching the area for him, Johnson said she was happy.

“We’re really, really happy and really excited to hear that,” Johnson said. “We’ve been waiting and waiting on that to happen. I’m really thankful for everyone going out there. I really hope they find him and everything’s okay.”

She wanted Gray to know that his family loves him.

Anyone with information on Gray or his whereabouts is asked to call the Burke County Sheriff’s Office at 828-438-5500.

Mayor Ronnie Thompson is sharing his firsthand experience with COVID-19 — from inside his isolated room at Catawba Valley Medical Center.

Heat advisories for the Northeast

Heat advisories for the Northeast

Two rescue workers take off in a boat on Johns River in hopes of finding Dustin Gray on Tuesday.