Read through the obituaries published today in News Herald. 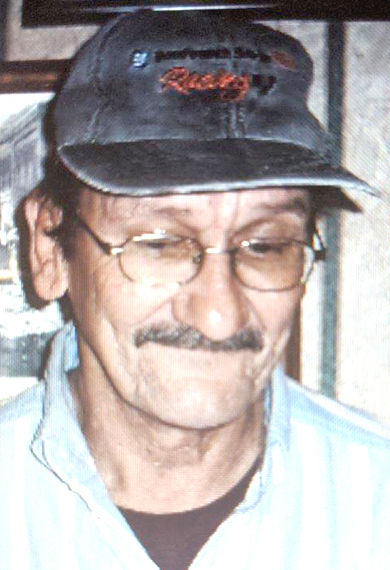 May 13, 1953 - June 18, 2020 Edgar Lee "Pops" Stroud Sr., 67, of Valdese, passed away at his residence Thursday, June 18, 2020. He was born May 13, 1953, in Catawba County, to the late Dennis Edwin and Essie Pierce Stroud. In addition to his parents, he was preceded in death by his wife, Sharon Freeman Stroud; one son, Bruce Stroud Sr.; and two brothers, Fred Stroud and James Stroud. Mr. Stroud has worked for J.C. Street Construction Company, and was of the Baptist faith. He was a U.S. Army veteran. Survivors include two sons, Clint Stroud and wife, Candice, of Connelly Springs and Edgar Lee Stroud Jr. of Valdese; one daughter, Brenda Robbins and husband, Jaymie, of Hildebran; one brother, Edwin D. Stroud of Vale; a sister, Wanda Evans of Hildebran; eight grandchildren, Serenity, J.J., Amber, Aden, C.J., Coby, Bruce Jr., and Brandon; and three great-grandchildren, Aubrey, Natalie and Carter. Due to COVID-19 restrictions, the family will hold private memorial services at a later date. Greer-McElveen Funeral Home and Crematory of Lenoir www.greer-mcelveenfuneralhome.com 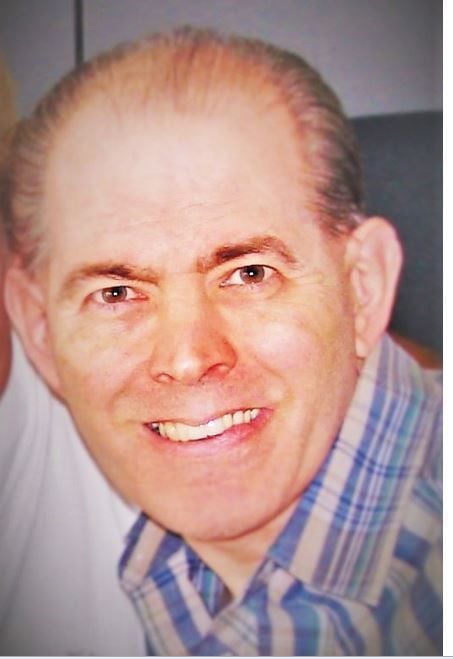 November 30, 1952 - April 10, 2020 Gary Dennis Jamerson, 67, of Weaverville, passed away peacefully Friday, April 10, 2020, at the John F. Keever Solace Center, with family at his side. Gary was born Nov. 30, 1952, in Buncombe County where he had lived all of his life. A 1971 graduate of Clyde A. Erwin High School, he was formerly employed at Winn Dixie and later at Handi-Skills through United Way. He is the son of Carolyn Robinson Jamerson of Weaverville and the late Bruce Don Jamerson. Surviving in addition to his mother are his siblings, Dianne Jamerson, Jeffery Jamerson, and Darlene Jamerson Swanson and her husband, the Rev. Ken Swanson; beloved friend of 42 years, Ann Rector; nephew, Brandon Jamerson and family; niece, Tiffany Pressley and family; along with many loving relatives. Private graveside services were held at Ashelawn Gardens of Memory, in Asheville. The Rev. Ed Stephenson and the Rev. Dr. Kenneth Swanson officiated. Gary enjoyed reading his Bible and was a devoted man of God. He will be remembered by all who knew him for his quiet loving way. The family is especially grateful to the Solace Center and the North Wing Team for their professional, compassionate care of Gary. West Funeral Home served the family. 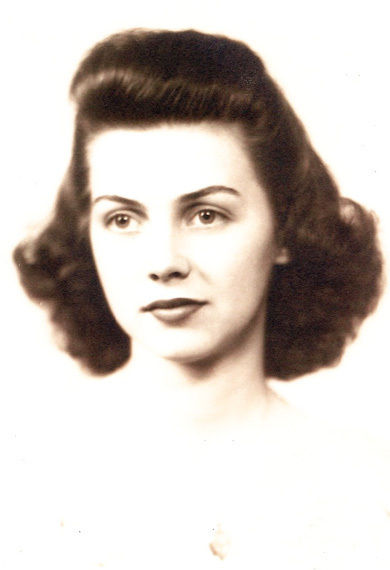 July 24, 1924 - May 25, 2020 Helen Virginia Wright Fulenwider was born July 24, 1924, in Gadsden, Alabama to Jennie and Willis Wright. After World War II she moved with her family to Gainesville, GA where she met and married Judge Verbon Fulenwider. They had three children: Judy, Mike, and Russ. After a meeting with Colonel Harlan Sanders in 1966, they acquired a franchise to open a Kentucky Fried Chicken in Morganton, NC. This was the beginning of what became a large chain of franchises across the southeast. Helen's best stories were about making slaw with her dear friend, Jean Berry, and keeping the books in the basement of her home. She and Verbon loved Morganton and were very active in the community and First Presbyterian Church. Her favorite pastimes were playing tennis (into her eighties), bridge, reading, and walking with long-time friend Betty Sasser. Her grandchildren were the joy of her life. She was preceded in death by Verbon and Mike. Survivors include her daughter: Judy Buchly and husband, Bill; grandson, Parker King; son, Russ Fulenwider and wife, Becky: granddaughter, Briana Bright; grandsons, Judge Russell Fulenwider and Christian Wright Fulenwider; daughter-in-law, Joella Fulenwider; granddaughters, Elle Engstrom and Virginia Edwards; and grandson, Michael Fulenwider. During the last year of her life she comforted her Family with her faith in God and His promise of an everlasting life. Memorial Contributions may be made to the First Presbyterian Church or Grace Episcopal Church. Sossoman Funeral Home www.sossomanfh.com 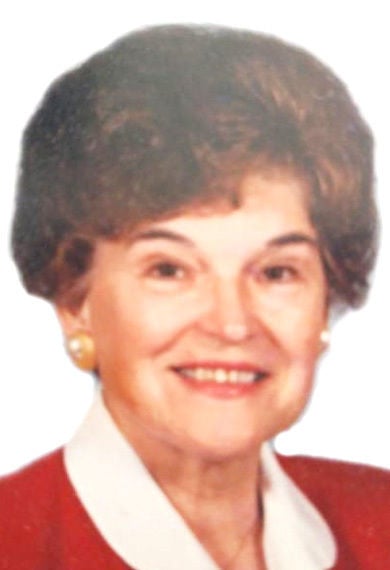 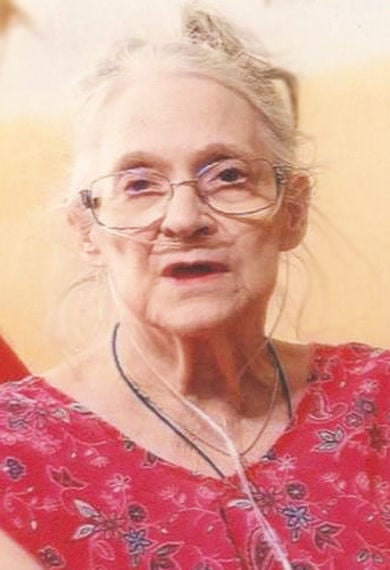 March 8, 1944 - June 18, 2020 Mrs. Patricia Marie Marshall Butts, 76, of Morganton, passed away Thursday, June 18, 2020, at her residence, following a period of declining health. Patricia was born March 8, 1944, in Susquehanna, Pa., to the late George Marshall and Florence House Marshall. She was retired from the furniture manufacturing industry. In addition to her parents, she was preceded in death by two husbands, Richard Raymond Travis and Robert Butts; daughter, Corrina Marie Travis; and son, Richie Travis. Survivors include her son, Carl Travis of Glen Alpine; daughter in-law, Mary Bollinger of Glen Alpine; grandson, Jason Trivette of Hickory; granddaughter, Robin Wishon of Roanoke Rapids, N.C.; grandson, Joey Wishon and wife, Blanca, of Roanoke Rapids, N.C; granddaughter, Samantha Clemmons and husband, Billy, of Halifax; and great-grandchildren, Joseph Trivette and Zephyr Trivette. A memorial service will be held Monday, June 22, at 1 p.m., in the Chapel of Heritage Funeral Service. The family will receive friends following the service. www.heritagefuneralservices.com 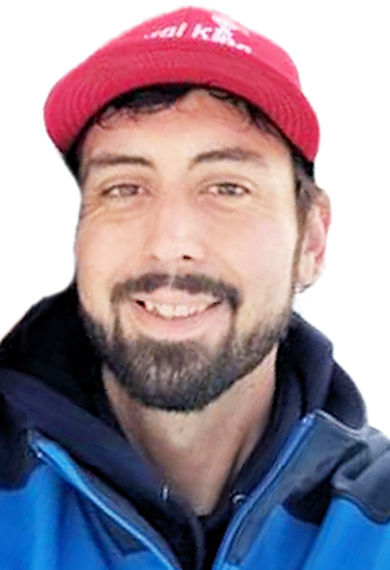 June 29, 1985 - June 10, 2020 Derek Jason Brittain, 34 of Morganton, passed away Wednesday June 10, 2020. Born June 29, 1985, Derek was the son of Mark Brittain and Gail Rhyne Draper. He was preceded in death by his beloved brother, Sheldon Brittain. In addition to his parents, Derek is survived by his spouse, Sara Brown and his three children, Ivy Brittain, Mackenna "MJ" Brown, and Samuel Brittain; stepfather, Tim Draper; grandparents, Kenneth and Alice Rhyne, Kermit and Peggy Brittain; great-grandmother, Betty Lawes; brother, Layton Brittain and bonus sister, Braeden Personius, and their mother, Karrie Meyers; god-parents, Kim and Eddie Prewitt, Robert and Jennifer "Missy" Breland; aunts and uncles, Drew Abee, Dale and Robin Rhyne, Doug and Kenny Rhyne, and Cindi Brittain-Sutherland, along with many loving cousins. Derek was a family man. He enjoyed spending time with his children and his spouse. Derek was a man of few words; he had a tendency to mumble and often only his spouse could translate. He was a quiet person until he got to know you. He was so caring and kind, the perfect listener. Derek was the best "handy man" that friends and family relied on when anything would break. He worked as a self-employed freelance "Mr. Fix-it" specializing in plumbing. If he had a screwdriver and a power drill, he could fix anything. Derek was an excellent cook and enjoyed preparing meals for his family. He had a passion for fishing. He was a self-proclaimed "catfish whisperer" Derek loved going to the beach to fish with his father, brother, Sheldon, and cousin, Aaron Brittain. Derek also looked forward to his Saturdays playing disc-golf with the guys. Although his circle was small, Derek was extremely loved by those that were allowed in it. He touched so many lives in his short time on Earth. The family will hold a private service. A celebration of life will be held at a later date for friends and family. Sossoman Funeral Home www.sossomanfh.com 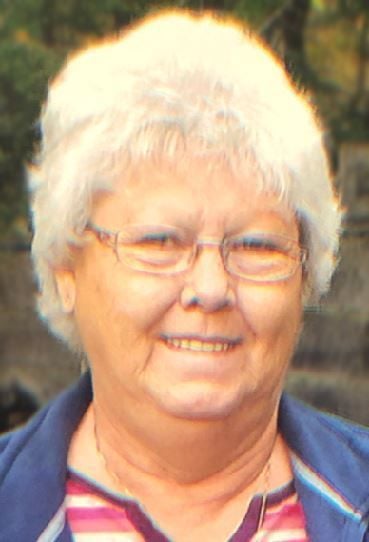 September 14, 1947 - June 19, 2020 Hassie Mae Burgin, 72, of Morganton, passed away Friday, June 19, 2020, at her residence. She was born Sept. 14, 1947, in Avery County, to the late Hale and Edna Daniels Benfield. In addition to her parents, she was preceded in death by brother, Bud Benfield. Those left to cherish her memory are her loving husband, Kenneth of the home; daughter, Melissa Clark of Hickory; stepdaughter, Donna Scronce of Morganton; and four brothers, Hue, Harve, Sam, and Herman Benfield. Hassie was a member of Poarchs Methodist Chapel. She loved to garden and cook, and also loved to go trout fishing and camping. Funeral services for Hassie May Burgin will be conducted Tuesday, June 23, at 3 p.m., at Reins- Sturdivant Funeral Home in Newland, with Pastor Wally Smith officiating. Interment will follow in the Daniels Cemetery. The family will receive friends from 2 to 3 p.m., at the funeral home prior to the service. Reins- Sturdivant Funeral Home www.rsfh.net. 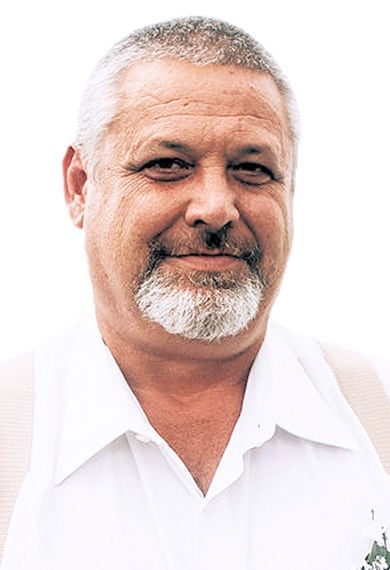 April 6, 1969 - June 18, 2020 Jeffrey Scott Rogers, 51, of Morganton, went home peacefully to be with his heavenly father, Friday, June 18, 2020. Jeff was born to James and Patsy C. Rogers, April 6, 1969. Jeff was genuine, and his heart was kind and gentle. He was a loyal friend, dedicated worker, and the most precious son and daddy. He had a way of lighting up a whole room with his smile. He had a way of making people feel his presence and feel loved. Those left to cherish his memory include his daughter, Megan Chapman and husband, Issac; son, Jacob Rogers; grandson, Silas Chapman; sister, Jennifer Rogers Smith; grandparents, Jimmy and Virginia Rogers; and many nieces, nephews, aunts, uncles, cousins and friends. He was preceded in death by his grandparents, Clarence and Margie Clark; and cousin, Nathan Wilson. A private graveside service will be held for Jeff and a celebration of his life will be held at a later date. Sossoman Funeral Home www.sossomanfh.com