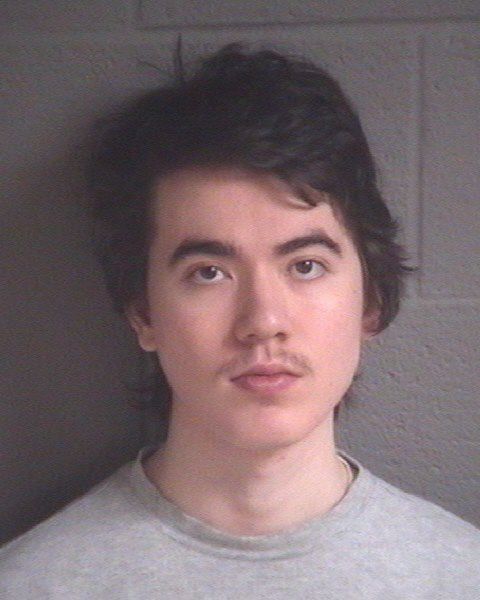 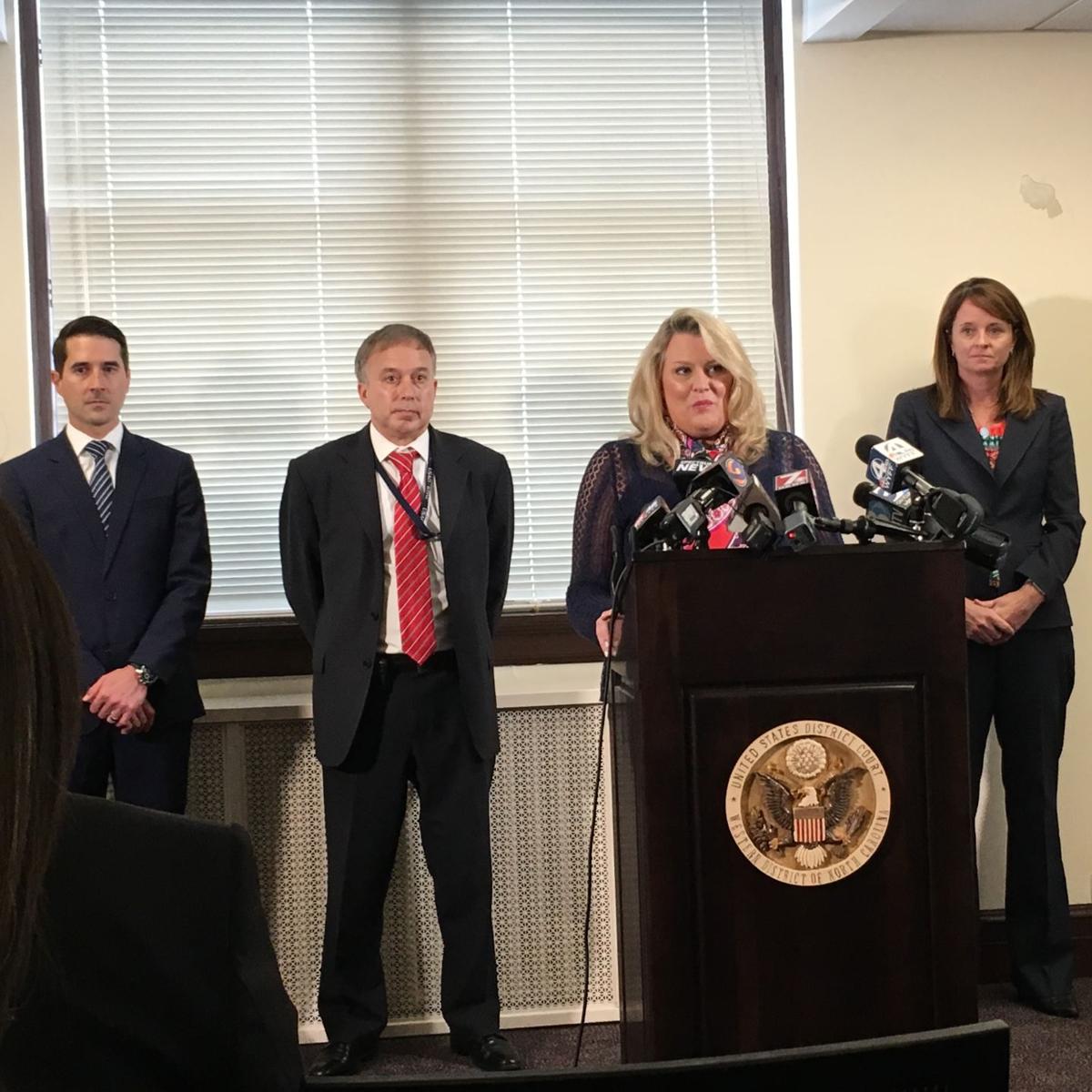 U.S. Attorney Jill Westmoreland Rose speaks at a press conference after the sentencing hearing of Justin Nojan Sullivan on Tuesday in Asheville. He was given a life sentence for attempting to commit an act of terrorism transcending national boundaries.

Sullivan, 21, pleaded guilty in November to one count of attempting to commit an act of terrorism transcending national boundaries.

But when he was given the chance to address the court, Sullivan said the things said about him in court make him seem like a bad person, but he’s not.

“You can’t judge me until you know me,” Sullivan said.

He said most people would probably like him if they got to know him.

“I’m not a troublemaker, your honor,” Sullivan said.

He said people calling him a cold-blooded murderer is not true and he told the judge a sentence of life in prison isn’t justified.

But Reidinger said Sullivan not only was planning a mass murder similar to the Orlando Pulse nightclub shooting but he took affirmative steps to affect that mass murder.

Reidinger said Sullivan’s plans for a mass murder were stealthy and silent so as to kill more people like sitting ducks.

Reidinger said Sullivan planned to hide behind a mask and a silencer and had disrespect and disregard for human life, and particularly innocent human life.

Federal documents say Sullivan intended to carry out a mass casualty attack on behalf of the Islamic State of Iraq and al-Sham (ISIS).

Federal documents previously have said Sullivan told an undercover FBI agent that he was a Muslim convert, wanted to kill as many as 1,000 people using cyanide-laced bullets and a vehicle filled with bombs. A criminal complaint at the time of his arrest alleged that the FBI became aware of Sullivan’s plans to obtain a semi-automatic AR-15 rifle at the Hickory Gun Show, which he planned to use to kill a large number of U.S. citizens on behalf of ISI S . He was arrested before getting the chance to attend the gun show in Hickory, according to federal documents.

Federal documents alleged Sullivan told an undercover agent, “Our attacks needs to be as big as possible…we can do minor assassinations before the big attack for training.” He talked about using a moving van filled with explosives and detonating it, the documents said.

The government’s analysis of Sullivan’s laptop “revealed a library of jihadist ISIS videos, writings and songs exhorting followers to commit attacks wherever they are in the world,” according to federal documents.

Sullivan, a Muslim convert who called himself “The Mujahid” online, is still a Muslim, his Attorney Fredilyn Sison told the court on Tuesday.

“Islam is Islam. People can’t change it to meet their desires,” Sullivan said during his address to the court.

Reidinger called Sullivan self-centered and said him seeking to murder innocent people, on a massive scale, is a rejection of ordered society.

The judge said the public needs to be protected from Sullivan and his sentence needs to be an example to others who might try to do the same thing.

Sullivan also is accused of first-degree murder in the killing of a neighbor, John Bailey Clark, who was 74 years old when he died, on Dec. 18, 2014 , and burying him in a shallow grave behind Clark’s home.

District Attorney David Learner and several assistant district attorneys were in the courtroom on Tuesday but Clark’s murder wasn’t really addressed during the proceedings. Sullivan faces the death penalty in the murder case. Sison told Reidinger that Sullivan makes no admission of guilt in Clark’s murder.

Sullivan’s parents, Rich and Eleanor Sullivan, were in the courtroom, as they have been each time their son’s case has been to court. Federal officials have said Justin Sullivan tried to solicit an undercover FBI agent to kill his parents.

It was Sullivan’s father who called law enforcement in April 2015 to say something was up with his son. He told a 911 dispatcher that his son had broken religious figurines and had used gasoline inside the home to try to burn something. But Rich and his wife came home and interrupted their son’s destruction.

It was two months later on June 19, 2015, that Rich Sullivan called law enforcement again asking for help with his son. The FBI arrested Justin Sullivan later that day. He was 19 years old.

Rich Sullivan is a retired U.S. Marine captain who served 21 years in the corps.

After his son was arrested, he told The News Herald, “When you take an oath, it’s to defend against enemies foreign and domestic,” Rich Sullivan said. “I just didn’t know it would be that close to home.”

Walking to his vehicle after his son’s sentencing on Tuesday, Rich Sullivan told WSOC-TV, The News Herald’s news partner, he still loves Justin but he can’t forgive him.

In addition to a life sentence, Reidinger ordered Justin Sullivan to undergo a psychological evaluation and take any mental health medications doctors prescribe for him.

James Hilkey, a psychologist who is now in private practice but spent 25 years with the Bureau of Federal Prisons, testified that Sullivan is taking an anti-depressant and has done well while being held in Buncombe County jail. He said Sullivan should be sent to a medium security federal prison rather than a maximum security prison.

Hilkey and Sison said Justin Sullivan, because of his young age, would be taken advantage of by much more sophisticated prisoners in a maximum security facility.

But federal prosecutor Michael Savage argued there are plenty of young people who have committed atrocities.

Watch now: An inside look at the USS Arizona Relics Program and its history

Watch now: An inside look at the USS Arizona Relics Program and its history

New school board members sworn in

The newly-elected members of the Burke County Board of Education were sworn in on Wednesday afternoon.

Cat dies after being shot with buckshot

Burke County added new cases of COVID-19 over the week, and it is back on the Center for Disease Control and Prevention’s list for high transmission.

U.S. Attorney Jill Westmoreland Rose speaks at a press conference after the sentencing hearing of Justin Nojan Sullivan on Tuesday in Asheville. He was given a life sentence for attempting to commit an act of terrorism transcending national boundaries.