Lightning strike looks to be cause of fire on Hildebran Mountain 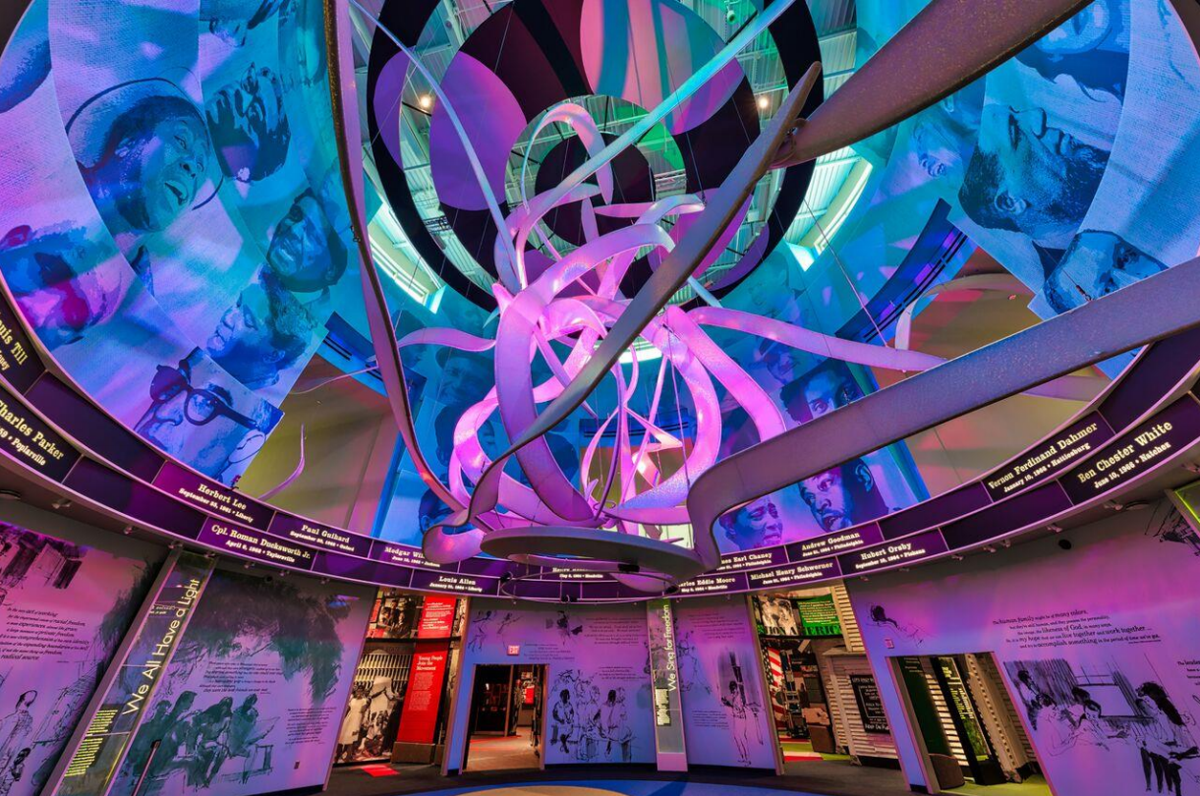 “This Little Light of Mine,” the signature sculpture in the Mississippi Civil Rights Museum, lights up as visitors

pass through the main gallery. 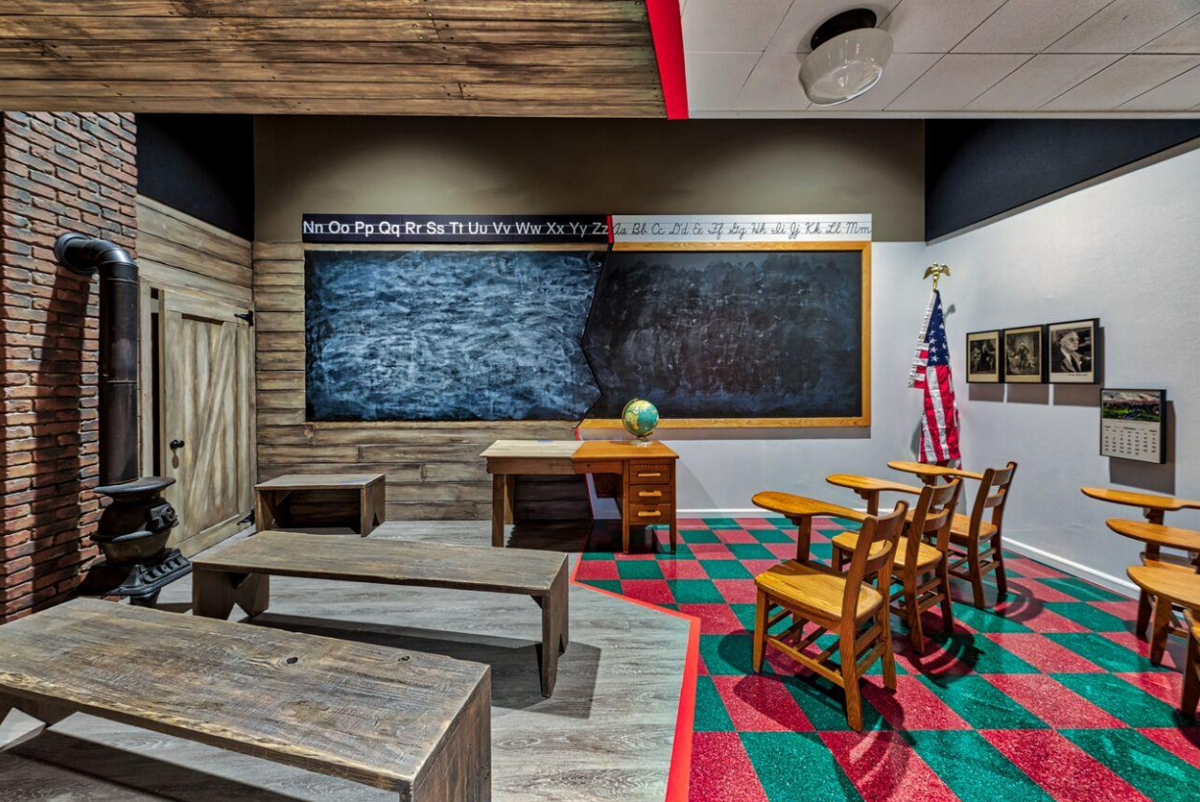 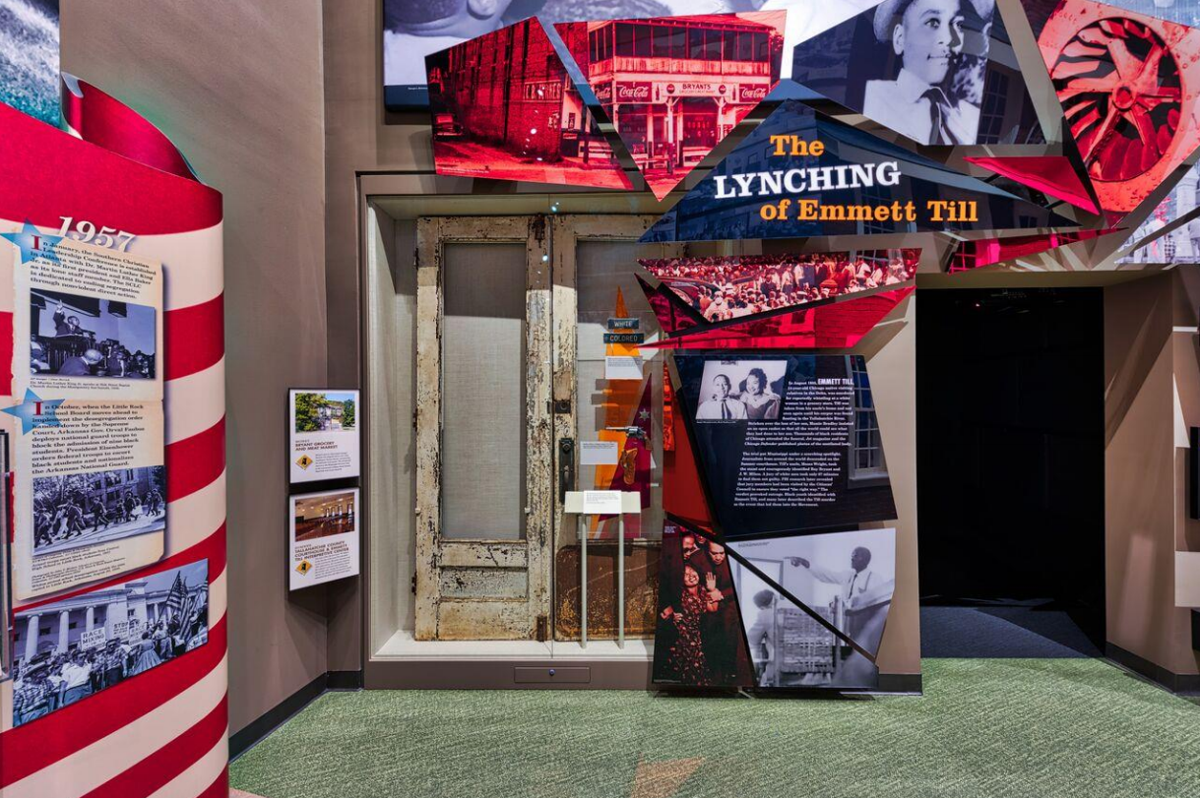 Born in Morganton in 1944, he studied the information inside his history textbooks at Olive Hill High School and came to know the written words to be true.

But once he arrived at Berea College in Kentucky, he realized that these textbooks did a poor job of telling the whole history — a poor job of remembering the African Americans who helped create it.

Fleming since planned and developed multiple African-American museums, with the most recent being the Mississippi Civil Rights Museum, which opened last week in Jackson and aims to tell the full history of the era from 1945 to 1976.

“I think it helps to tell a fuller American story,” Fleming said. “For so long, museums and history textbooks have either excluded African-American history or dealt with them only during the period of slavery, some relating to reconstruction and maybe some relating to the Civil Rights Movement.”

Fleming’s history of successfully opening museums helped get him the job as senior consultant and historian for the project in 2011, said Lucy Allen, the museum division director for the Mississippi Department of Archives and History.

“He listens intently to who he’s speaking with, and he has more than 30 years of living through the things African Americans experienced during this time,” Allen said. “He is passionate about the issues and knows how to tell a story through a museum because museums have a unique way of telling stories.”

And listening was a very important part of Fleming’s work over the last six years, he said. Fleming, who has a Ph.D. in American history, helped lead focus groups around the state to find out what people wanted in the museum.

The interviews had its challenges, including trying to convince the African-American community to donate artifacts to the state.

“They felt like it was the state that had been their oppressor,” Fleming said. “So it took a lot of convincing of people to get them to understand that things have changed, we’re serious about what we’re doing and that the legislative black caucus charged us with telling the truth no matter how painful it was.”

And the past can be very painful, he said. The museum has multiple exhibits across its 16,000 square feet that highlight the consequences African Americans and their supporters faced for speaking out.

The museum has one gallery and video devoted to Medgar Evers, who was shot in his driveway after campaigning for integration. The museum also has a section focused on the Mississippi Freedom Summer, during which two white college students were murdered after attempting to register black citizens to vote.

“We present Mississippi as it was (in the museum) as a closed society — completely segregated with a system of laws and morals that were strictly imposed,” Fleming said. “If a black person crossed the color line, in all likelihood, the minimum would be a whipping or placed in jail or, in extraordinary circumstances, they would be hung.”

Fleming quickly corrected himself to say that hangings actually were common — not extraordinary at all. They often were viewed by families over a picnic lunch, and more than 300 happened in Mississippi up until the 1980s, he said.

“There are several reasons (for showing the dark history),” Fleming said. “One of the overriding reasons is that we wanted people coming out of the museum understanding that no matter how grim a situation is, individuals taking a personal stand against injustice can change the society in which they live.”

But although the history is dark, it is illuminated through “This Little Light of Mine,” a musical light show at the center of the building that is one of Fleming’s favorite components of the museum.

“The idea was that many of the things visitors would encounter would be pretty horrendous and they may need to retreat from going through this museum,” Fleming said. “The more people in the atrium, the brighter the light show.”

The first time Fleming went through the museum to see the light show and the galleries, he spent about five hours, he said.

“I was very, very pleased with the quality of the exhibit, and I think that other people are, too,” Fleming said. “When you see something on paper and see it in three dimensional, it’s quite different. It’s everything we envisioned it to be. It was a moving experience even though I had been involved for a number of years.”

Fleming also said he was impressed with how quickly the teams was able to create the museum, which is conjoined with the newly opened Museum of Mississippi History. Similar projects take between eight and 10 years, while this one took about six.

But Fleming said he heard at the opening ceremony that the idea for a civil rights museum in Mississippi has been on people’s minds for decades, making the opening even more special.

“The only damper on the (opening ceremony) was when President Trump decided to come,” Fleming said. “It was obvious that he was not welcome considering some of the stances he had taken with women issues and Mexican-American issues.”

And it is people’s views against minority races that makes these type of museums so important — so something similar doesn’t happen again, he said.

Fleming, who now lives in Yellow Springs, Ohio, currently is working to help open the National Museum of African American Music in Nashville.

Fleming said he still enjoys visiting Morganton and that he works as an advisor to The History Museum of Burke County Board. He recently has returned to town to view an exhibit at the museum about the integration of Morganton schools and to watch the unveiling of the Etta Baker statute at CoMMA.

To learn more about the Mississippi Civil Rights Museum, visit its website at mcrm.mdah.ms.gov.

Beth Willard Patton has joined the team at Southmountain Children and Family Services to help the agency better engage with the community and share its mission.

“This Little Light of Mine,” the signature sculpture in the Mississippi Civil Rights Museum, lights up as visitors

pass through the main gallery.