© 2022 Lee Enterprises
Terms of Service | Privacy Policy
Boy reunited with teddy bear he left on flight from NC. His stuffed companion flew around for a weekend first.
0 Comments
Share this
{{featured_button_text}}
BY SUSAN ELZEY Special to the Register & Bee

A much-loved teddy bear had quite the journey flying around the South after a local boy left him on a plane he took from Greensboro to Atlanta on Oct. 15.

A passenger found the stuffed and well-worn bear after the Delta flight landed and gave it to Atlanta-based flight attendant Kerri Brown.

“She was sitting behind them and remembered him, so she brought Teddy to me,” Brown said. “I said, ‘Oh my word. I’ll do what I can to find the owner.”

The owner was Austin Robinette, 8, who lives in Danville. Teddy apparently fell out of Austin’s bag as he was deplaning.

“We searched for Austin and his mom to no avail. I pulled up their reservation in our system and called multiple times only to get a recorded message,” Brown said, thinking about her own daughter’s beloved stuffed animal. “I knew that we had to get him home. All I could think was that I would want someone to return ‘Mr. Buns’ to my daughter if she had lost him somewhere. She still sleeps with him at almost 18 years old.”

Then it was Facebook to the rescue. Brown found Austin’s mom, Chelsea Robinette, and sent her a message. Worried that Robinette wouldn’t see the message since they weren’t Facebook friends, Brown also sent a friend request.

“She was probably wondering why the crazy flight attendant sent a request,” said Brown.

But Robinette responded within an hour. Austin had already realized he had lost his teddy bear and was heartbroken.

“I explained that I had Teddy and that I would take good care of his little bear, but he was going to have to fly with me for the rest of the weekend until I could send him home on Monday, so off Teddy and I went,” said Brown.

“We took pictures along the way of his adventures, and my crew thoroughly enjoyed having him with us,” she said.

Then she packed Teddy up with a Delta pin on his chest and sent him home to Austin.

Brown remembered him because she had given Austin hand sanitizer when he got on the plane.

Austin was traveling to Atlanta for a birthday trip. He had been talking about getting on a plane and flying to a big city since he was 4. His aunt lives in Atlanta, so off they went for the weekend.

After Brown promised to mail Teddy back, Austin “literally asked every hour where Teddy was and when he was coming back,” his mom said.

“Then we came back from a baseball game on Tuesday the 19th, and the box was there,” said Austin’s dad, Brian.

“Teddy was happy to be home, but he was tired,” said Austin.

Teddy has been with Austin since a week before his brother, Ethan, was born.

Austin spied him in the crib waiting for Ethan’s arrival and claimed ownership. Teddy has been close by ever since.

“As soon as he gets home from school, Teddy is with him,” Chelsea said. “Teddy goes everywhere.”

She said that Austin had to sleep with her the weekend Teddy was gone, and “it was a long weekend.”

“Teddy will never leave his sight again,” she said.

Brown said that people frequently leave items on the plane and she always tried to return them to the owners.

“Men are especially bad about leaving wallets because they take them out of their back pockets and put them in the seat pocket, but those are claimed pretty quickly,” she said. “And I could tell Teddy was well-loved.”

She was asked multiple times about “the bear in her bag” and got to tell his story.

“Teddy had a great weekend with us, and he earned his wings,” Brown said. “The way the world is, if you can do something kind and put a smile on someone’s face, why not do a little something extra?”

She certainly put smiles back on Austin and Teddy’s faces.

He and his dog usually sleep in a tent. But one act of kindness has become an avalanche of support.

Among a population that has sadly faded into the everyday background in a growing cityscape, Spencer Parks stands out for one big reason when he panhandles near busy intersections.

Investigators: NC nursing home had 3 staffers for 98 patients Sunday. 2 residents were dead, 2 others in critical condition.

Thomasville police went to a nursing home Sunday after hearing from residents that some hadn't seen any staff members and that staffers couldn't be reached by phone. They found 2 people dead and 2 in critical condition.

MOCKSVILLE — A Pennsylvania man is wanted for questioning after a woman was found dead Monday in a room at the Days Inn on Yadkinville Road.

Drivers snowed-in all night as I-95 shuts down in Virginia. Sen. Tim Kaine was among those stranded for more than 19 hours

RUTHER GLEN, Virginia - Road crews struggled to reach hundreds of motorists on Tuesday after they were stranded all night in freezing temperat…

College football player was fatally shot in Hickory. A suspect says she helped lure him there, court documents allege.

A Lenoir-Rhyne University student who was shot and killed at Civitan Courts Apartments in Hickory was lured there by a couple intent on robbing him, a suspect in the case told police.

Grizzlies in the Lower 48 walk a political tightrope

As the grizzly population has grown, so too has the political divide in the country and Montana. How will polarization shape the future of grizzlies, a species that can be both revered and divisive?

As snow and sleet roll across North Carolina, Gov. Roy Cooper and emergency management officials are scheduled to share an update at noon on i…

Former CEO charged with embezzling $15 million from Hickory company has already served time for stealing from an employer.

Before Donna Osowitt Steele was charged with embezzling $15 million from TIGRA USA in Hickory, she pleaded guilty to embezzling from a family business in Winston-Salem in 1995.

NC woman gets prison time for role in the Jan. 6 insurrection. Prosecutors: She took along her teen son.

A judge sentenced Virginia Marie Spencer of Pilot Mountain to three months in federal prison and three years of probation for illegally entering the U.S. Capitol building, along with her 14-year-old son and her husband, on Jan. 6, 2021. 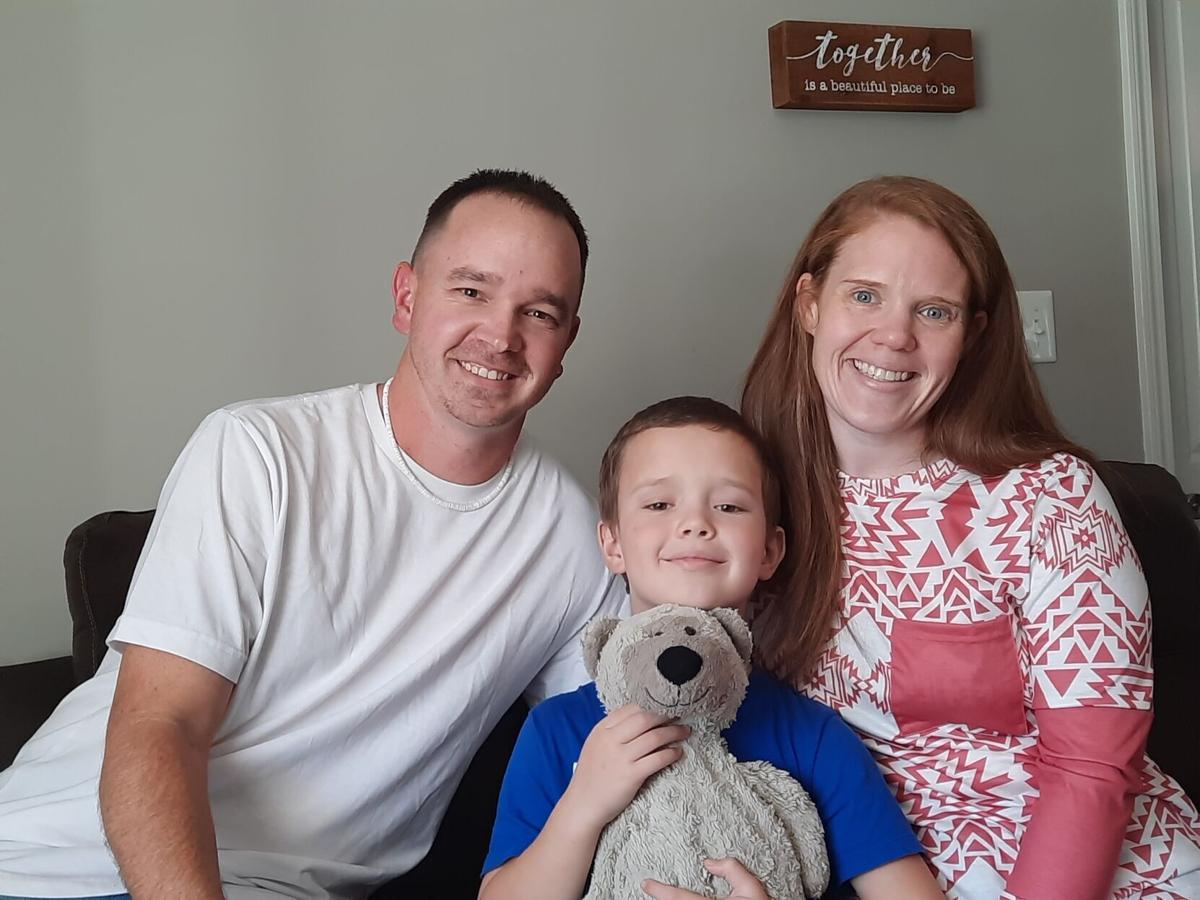 Eight-year-old Austin Robinette and his parents, Brian and Chelsea Robinette, are happy to be reunited with Austin's much-loved teddy bear, Teddy. He was left on a Delta flight, and a flight attendant mailed him back to Austin. 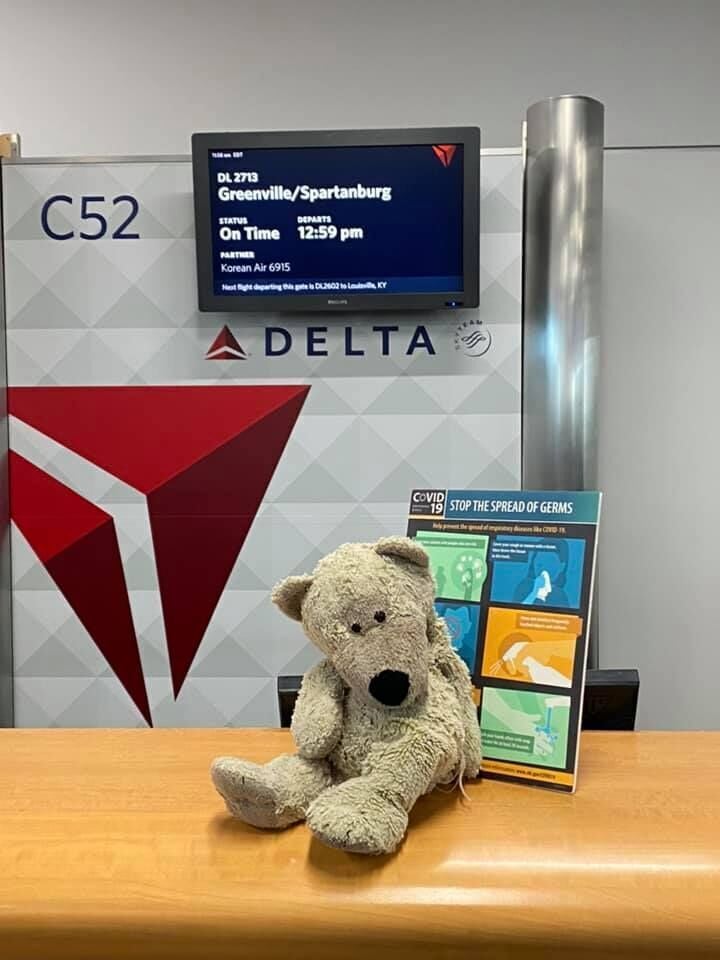 A teddy bear belonging to Austin Robinette got to fly around the South after being left on a flight. Flight attendant Kerri Brown took good care of him until she could mail him back to Austin. 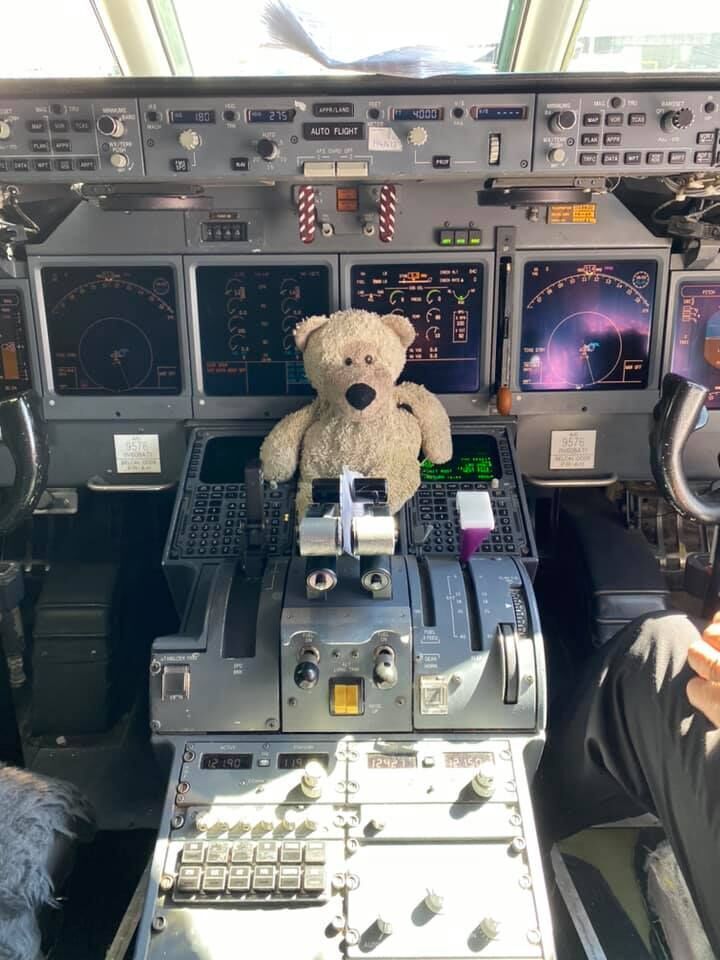 Teddy even got to help out in the cockpit on his flights around the South before being mailed back to Austin Robinette. 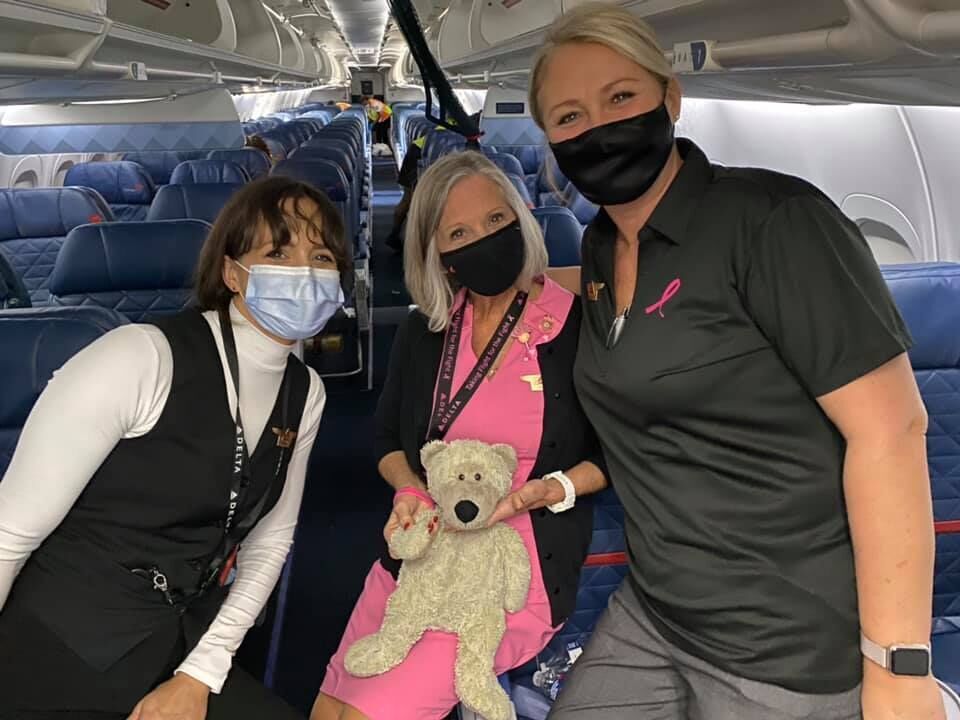 Delta flight attendant Kerri Brown, right, and her crew took good care of Teddy until she arrived back home and mailed him back to his owner, Austin Robinette. 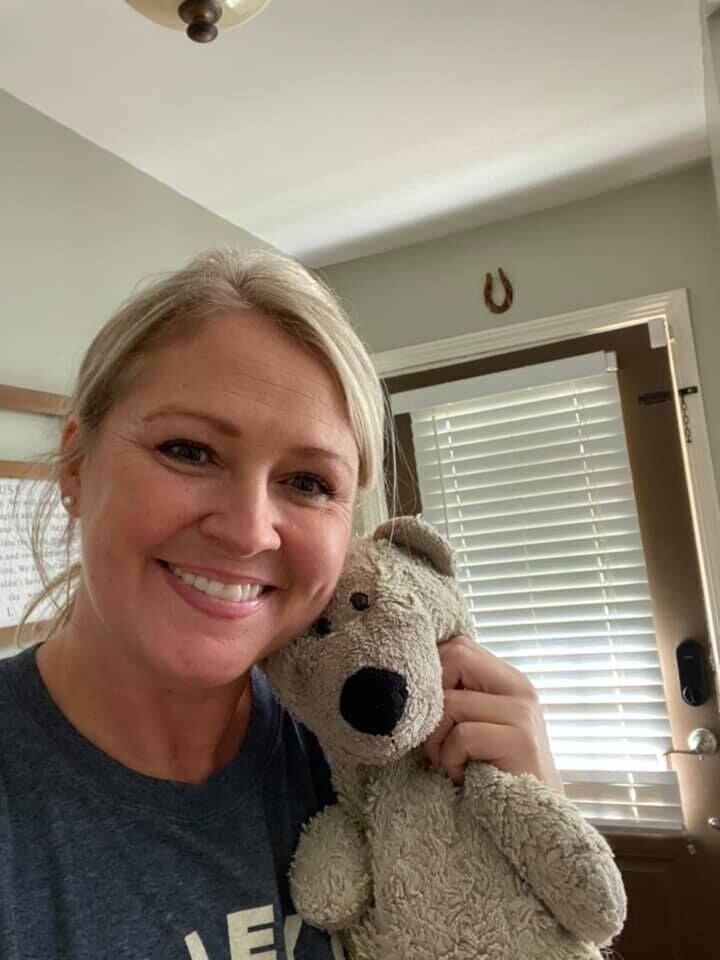 Delta flight attendant Kerri Brown hugs Teddy who was left behind on one of her flights. She then took pictures as he flew around the South with her until she could mail him back to his owner. 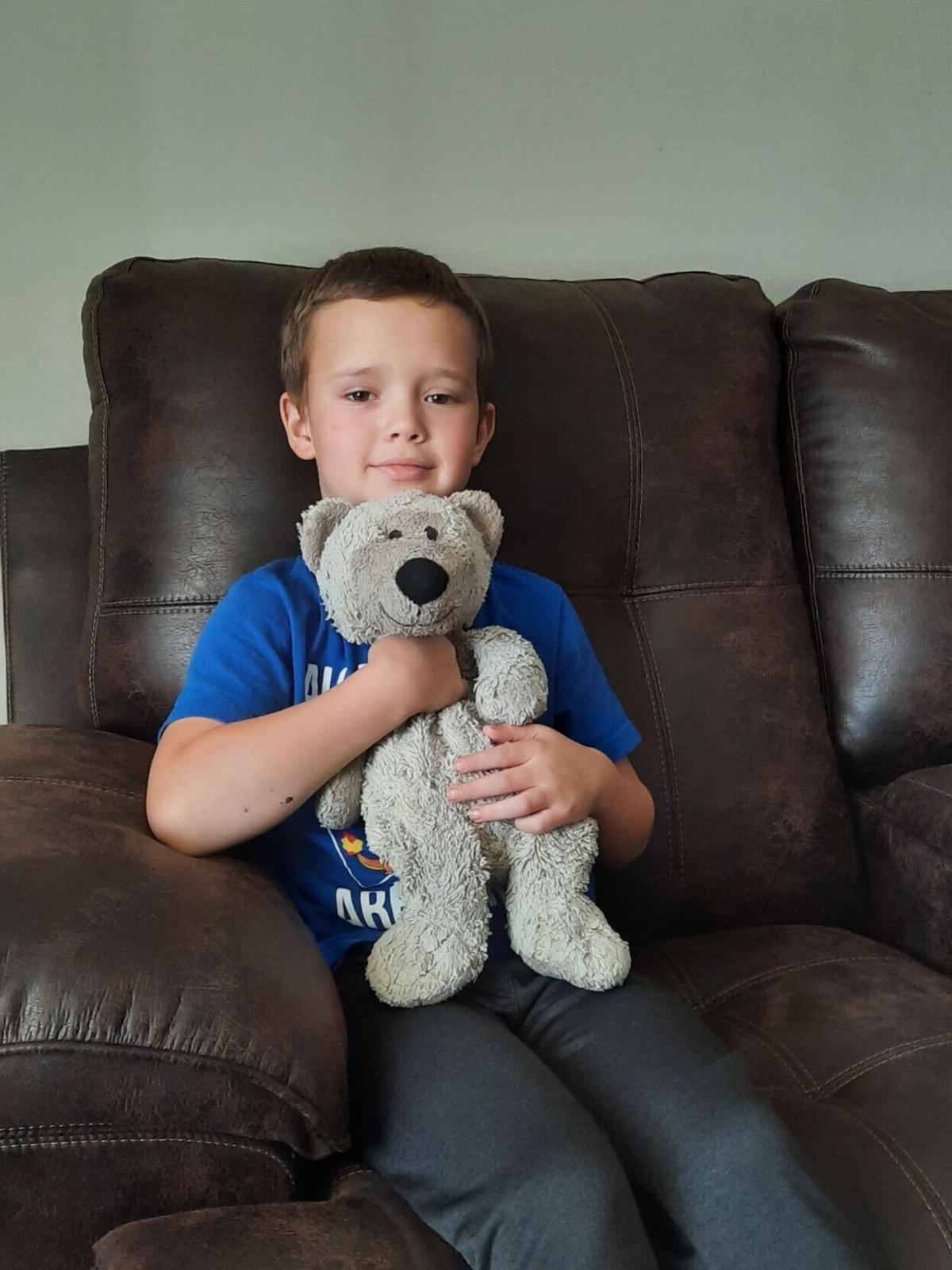 Austin Robinette is reunited with his teddy bear, Teddy, after leaving him on a Delta flight to Atlanta. He was heartbroken until flight attendant Kerri Brown mailed him back to Austin.