A former High Point police officer from Davidson County is facing charges for her alleged role in the Jan. 6 insurrection at the U.S. Capitol.

Laura Lee Steele, 52, of Thomasville, was arrested on Wednesday in Greensboro. Along with five other people arrested this week, she faces a slew of charges, including conspiring to obstruct the U.S. Congress’ certification of the presidential results. According to court documents, she dressed in paramilitary clothing, joined with others in a military-style “stack” formation and forced her way into the Capitol.

She’s also accused of destroying federal property. The U.S. Department of Justice announced the charges against Steele and five other people on Friday.

The insurrection on Jan. 6 culminated after months of false allegations, many promoted by former President Donald Trump, that the presidential election was stolen through voter fraud. Thousands of people pushed through Capitol police officers and broke into the U.S. Capitol in an apparent effort to stop the certification process. Hundreds of police officers were assaulted, and five people died.

Steele worked as a High Point police officer, including a period where she was a school-resource officer, and is currently married to Kenneth Steele, who has been assistant police chief for the High Point police department. She also listed herself as a public safety officer for Novant Health on her LinkedIn page, which appears to have since been deleted.

Novant Health Inc. said in a statement that “it does not comment on personnel matters.”

“We cannot speak to any legal investigation and refer you to the appropriate investigating party for further comment,” the statement said.

While she was a school-resource officer for High Point police, Steele was investigated and cleared in two incidents in which she pepper-sprayed students in 2001. In 1994, she was involved in a car chase that resulted in her patrol car being totaled, according to articles in the News & Record of Greensboro.

It was not immediately known when she left the High Point Police Department.

Officials with High Point Police could not immediately be reached Friday.

The other co-defendants included Steele’s brother, Graydon Young, 54, of Englewood, Fla.; Kelly Meggs, 52, and his wife, Connie Meggs, 59, both of Dunnellon, Fla.; and Sandra Ruther Parker, 62, and her husband, Bennie Alvin Parker, 70, of Morrow, Ohio.

In late December, Kelly Meggs wrote in a Facebook message, "Trump said It's gonna be wild!!!!!!! It's gonna be wild!!!!!!! He wants us to make it WILD that's what he's saying. He called us all to the Capitol and wants us to make it wild!!! Sir Yes Sir!!! Gentlemen we are heading to DC pack your s***!!" He later said in the Facebook post that there would be 50 to 100 Oath Keepers there.

Young also arranged for himself and others to be trained by a Florida company that specializes in firearms and combat training, according to the news release.

Steele is the third person from the Piedmont Triad to be arrested in connection to the Jan. 6 insurrection. A Pilot Mountain couple — Christopher Raphael Spencer and Virginia Spencer — were arrested for their alleged role in the insurrection.

MANTEO — One person was killed after a portion of an old bridge on the North Carolina Outer Banks collapsed and fell into the water, authoriti…

The Town of Mooresville, after having their motion for dismissal denied Monday, is once again being held in civil contempt of court for failing to return nearly $17,000 to Jermaine Sanders seized during an investigation.

VP Kamala Harris to visit NC on Monday. It's her first trip to the state since the election.

Vice President Kamala Harris will visit both Greensboro and High Point to talk about the American Jobs Plan, growing the economy and creating jobs, a White House official said. It will be her first trip to the state since becoming vice president.

A North Carolina teacher and an 18-year-old were both killed last week in a shootings that the Alamance County sheriff alleges were connected to rival groups. Sheriff Terry Johnson called one of the groups a drug cartel.

RALEIGH — Former Republican Gov. Pat McCrory on Wednesday announced he'll run for the U.S. Senate in North Carolina, shaking up the calculus i…

William & Mary accidentally sent an email to 350 applicants who had been denied or waitlisted congratulating them on their acceptance.

Majority in NC want to keep Confederate monuments, according to a new Elon Poll

A growing number of North Carolina residents support the removal of these memorials.

Moving a mattress on the roof of a vehicle would be prohibited in legislation introduced last week by a member of the Forsyth County delegation. 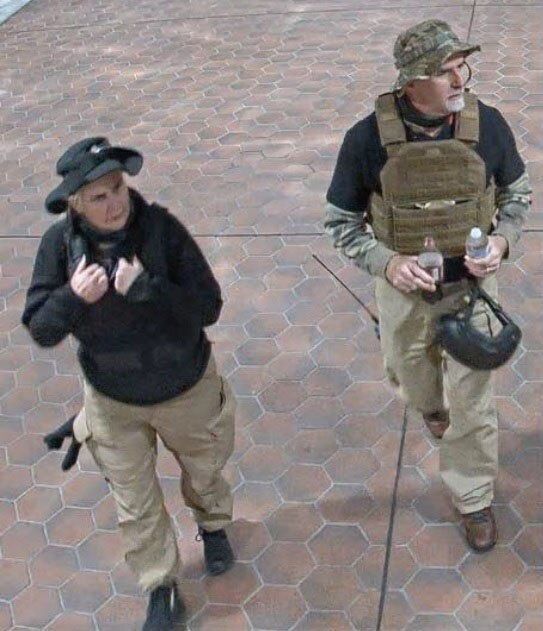 The Department of Justice says this photo shows Laura Steele (left) and Graydon Young, captured on surveillance video from the Washington Metro Transit Authority going from Springfield, Va., to Washington, D.C., the morning of Jan. 6. 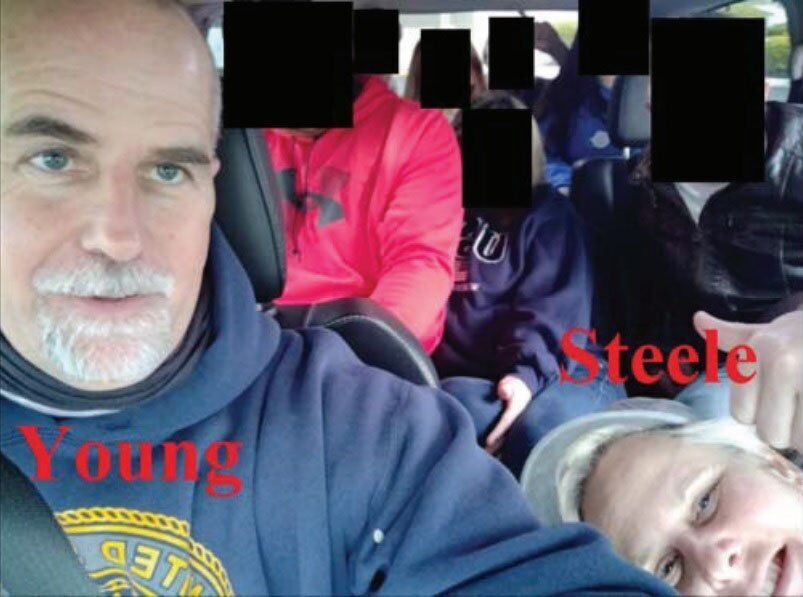 The Department of Justice says a witness identified Laura Steele in the lower right corner of this photograph, as well as her brother, Graydon Young. Federal investigators allege the photo was taken inside a van when the two were traveling from North Carolina to the Washington, D.C. area on Jan. 5, 2021.