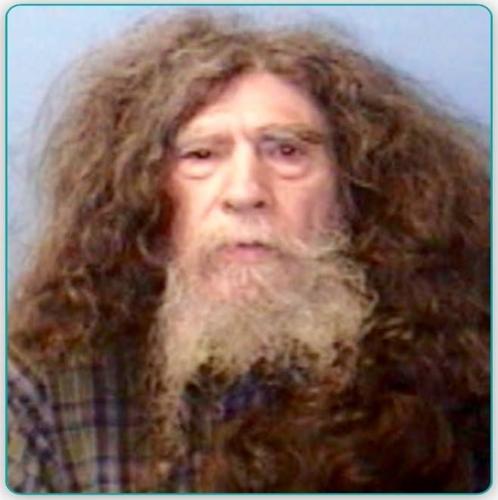 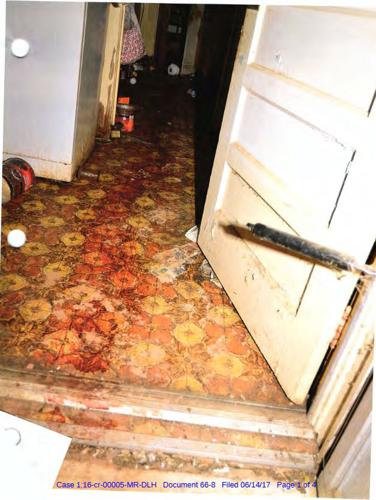 A trail of blood can be seen in this crime scene photo taken at John Bailey Clark's house. He was found dead in a shallow grave on his property. 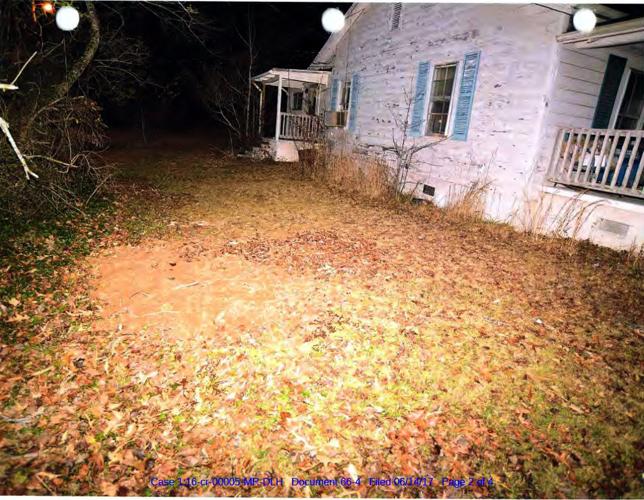 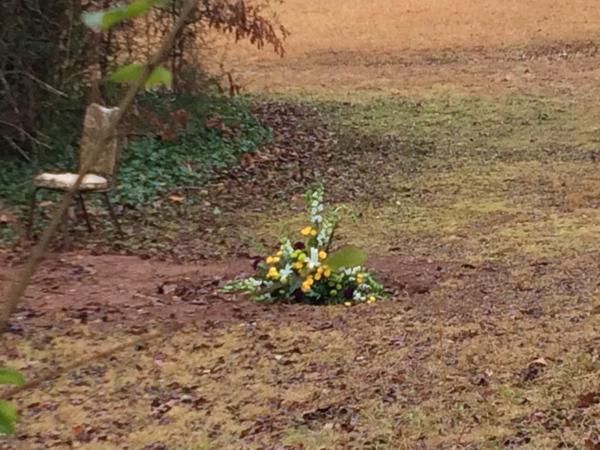 Flowers mark the spot where John Bailey Clark was found dead in December 2014. 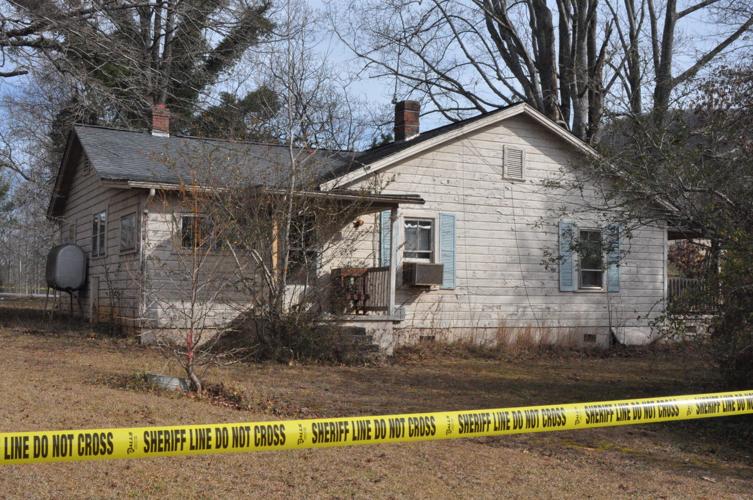 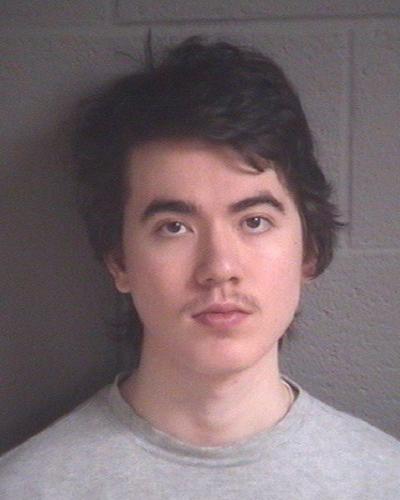 John Bailey Clark was reportedly a vegetarian who cared about all animals and would get mad if someone killed a bug.

But someone killed him and buried his naked body in a shallow grave on his property on Rose Carswell Road just before Christmas 2014.

A man who lived along the same road has been accused of his murder. That same man pleaded guilty in federal court to a terrorism charge and was sentenced to life in prison last month.

Much of the evidence in Clark’s murder was sealed due to a federal case. After his accused killer's federal sentencing on June 27, U.S. District Court Judge Martin Reidinger ordered certain documents and evidence unsealed.

Those documents include law enforcement interviews of Clark’s relatives, photos of the Clark crime scene, the initial 911 call report from Clark’s sister-in-law, a detailed autopsy report and an FBI list of items seized in the case.

While Reidinger unsealed some documents related to Clark’s murder, he kept others sealed.

The first call to Burke County 911 was just after 6 p.m. on Dec. 18, 2014, from Glenda Clark. She went to her brother-in-law’s house after noticing no lights were on, which she thought was strange, according to law enforcement interviews.

The 911 call came in as a welfare check and Glenda Clark told telecommunicators the doors of her brother-in-law’s house were open, there was blood all over inside and drag marks and John Clark was missing.

Glenda Clark told investigators that no one had keys to her brother-in-law’s house and his family said it was doubtful that he would have opened his door to a stranger because he was weak and frail.

A box of rocks was sitting in front of one of the doors to John Clark’s house when his sister-in-law went to check on him, which she thought was odd. Something else she found odd was a plastic water bottle sitting on the porch. His sister-in-law told investigators she never bought him plastic bottles of water. It appears she did most of his grocery shopping, according to law enforcement notes.

John Clark subsequently was found in a shallow grave, having been shot in the head three times.

Glenda and Douglas Clark lived next to John Bailey Clark. While Douglas Clark said he couldn’t think of anyone who would have been mad at his brother, he told investigators that he and his brother lived on two separate planets. John Clark was described as odd or strange, according to the interview notes.

John Clark was 74 years old when he was killed, had never married and lived on a $600 monthly check from the government. He had $157 in his bank account when he died, according to law enforcement interview notes.

On Monday, Sullivan is expected to agree to a plea deal in the murder case, according to Burke County court officials. The case will be heard at 10 a.m. in courtroom No. 1 in front of Superior Court Judge Robert Ervin, said Clerk of Court Mabel Lowman.

Lowman said security will be tighter than normal at the Burke County Courthouse on Monday and folks won’t be allowed to bring cellphones into the courthouse.

Police are investigating the death of an infant Tuesday at a motel in Morganton.

VALDESE — Stepping up to a butcher and asking for a particular cut of meat is something that’s been missing in Valdese for more than a decade.

Longtime clerk closes door on nearly 50 years in the office

In a career that has spanned nearly five decades, Mabel Lowman has seen a little bit of everything.

Patrons and fans of Catawba Brewing Co. have been lamenting its demise in Morganton since the company that bought it decided in October to clo…

Cops: Teen stabs brother in the head with pocket knife

An 18-year-old landed a felony charge after a domestic dispute Wednesday night.

A pregnant woman was among three people transported to the hospital with injuries sustained in a four-vehicle wreck on Friday, according to th…

A multi-vehicle wreck on Sanford Drive on Friday afternoon has closed a lane of traffic.

A retired Burke County educator, principal and current school board member has been selected to serve on a high-profile state board.

A trail of blood can be seen in this crime scene photo taken at John Bailey Clark's house. He was found dead in a shallow grave on his property.

Flowers mark the spot where John Bailey Clark was found dead in December 2014.