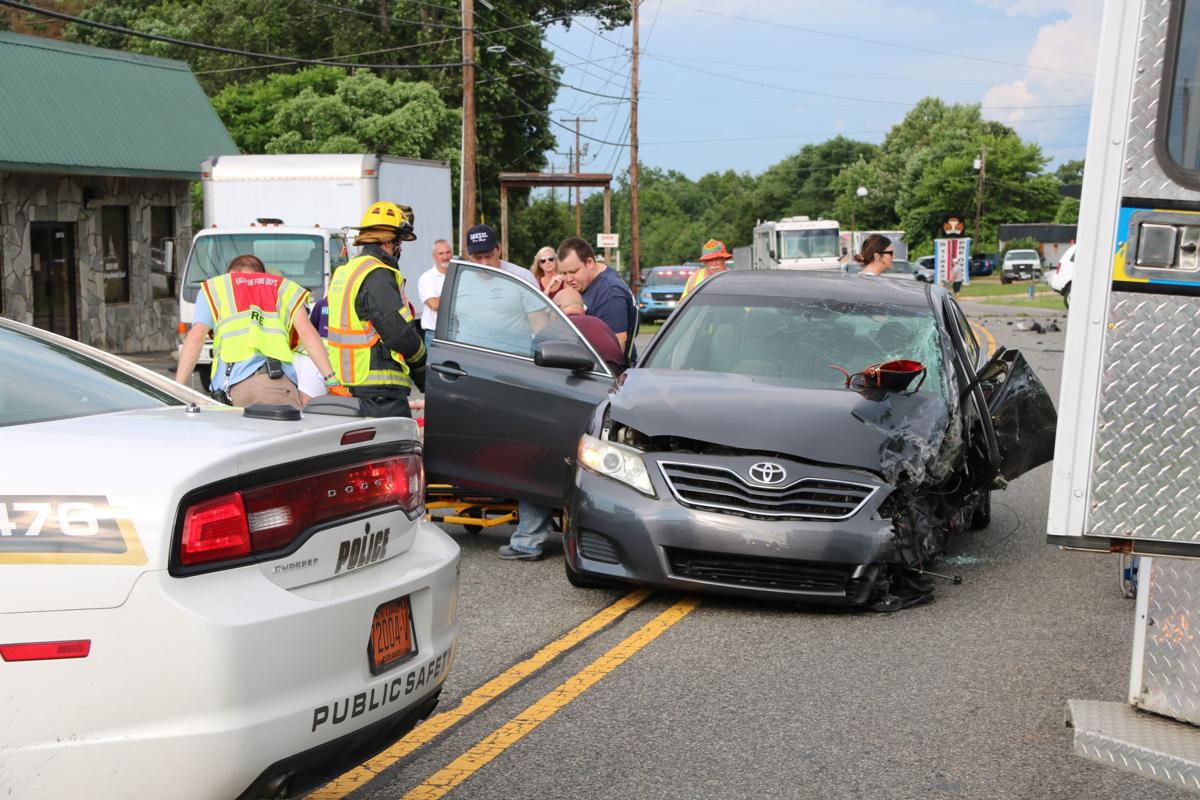 Emergency workers free Sandra Powell Searson from her Toyota Camry after a wreck on U.S. 70 in Drexel Friday evening. 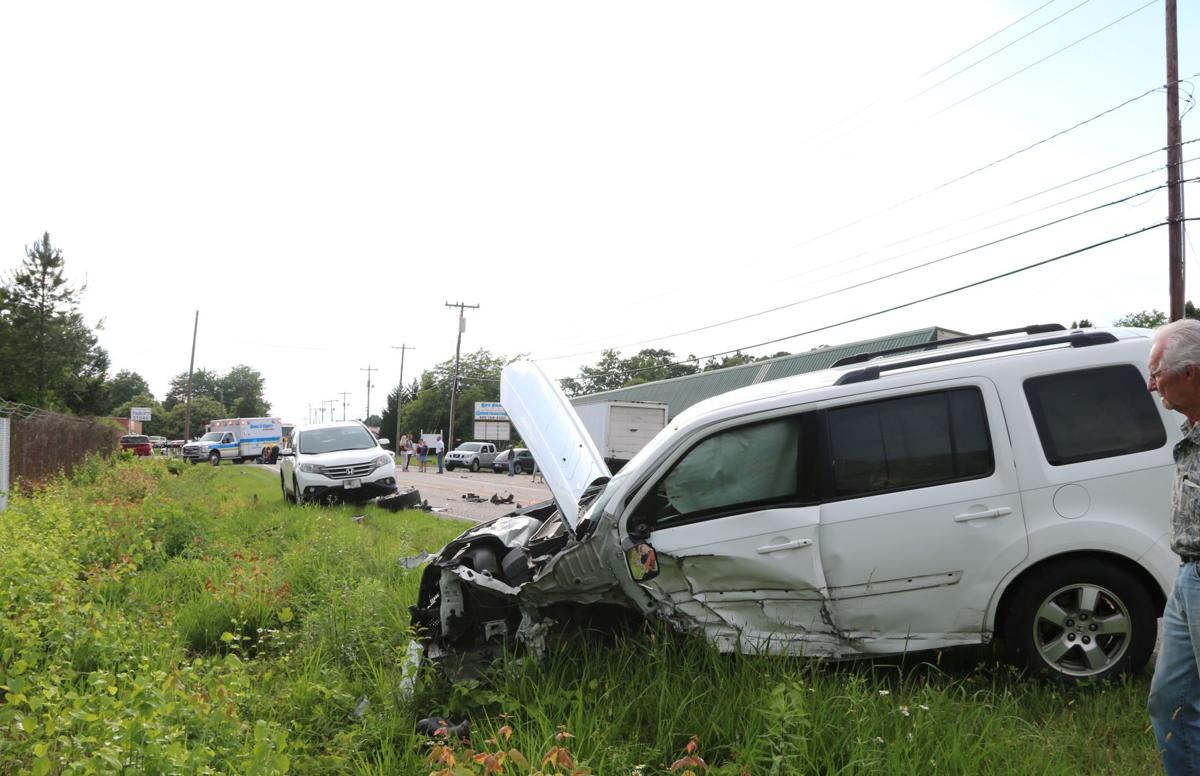 Witnesses said the Honda Pilot Searson hit spun around before coming to a rest in a ditch.

DREXEL — One woman was charged and transported to the hospital after a head-on collision on U.S. 70 in Drexel on Friday evening.

Sandra Powell Searson, 56, of Valdese, was charged with driving while impaired, driving left of center and reckless driving, according to Trooper J. Alllen with the North Carolina State Highway Patrol.

According to witnesses, Searson was driving west on U.S. 70 near Foothills Thrift Shop and swerving across the center line several times before the collision.

Neal Singleton, a witness to the wreck, was behind Searson before the collision. He said that she turned around at an auto shop on U.S. 70.

“She started crossing the center line, then she went back across the edge of the road, and she kept doing that several times,” Singleton said. “I tried to call 911 to report reckless driving, but it was too late.”

Searson, who was driving a Toyota Camry, hit a Honda Pilot headed east on U.S. 70 causing it to spin and end up in a ditch, Allen said.

Other factors indicating driving while impaired were alcohol on her breath, two positive readings after administering a breathalyzer test and red, glassy eyes, according to Allen.

Occupants in the Honda Pilot were going to drive themselves to the hospital to be evaluated, he said.

Larry Goble, who was at a nearby residence, overheard the crash and saw the Pilot spinning after the collision.

“I just came over there to see if there was anything I could do,” Goble said.

There are additional pending charges for Searson depending on the extent of the injuries of those in the other vehicle, Allen said.

The responding agencies, along with NCSHP and Burke EMS, were Burke REACT, Morganton Public Safety and Triple Community Fire Department.

Biden: Economy rebuild is 'a marathon', not sprint

Cat is 'whiskered' away from Scottish polling station

Cat is 'whiskered' away from Scottish polling station

One of Burke County's favorite local celebrities got to meet a star from Hazzard County.

No smoke on golf course sale, but fire for city training

There’s no smoke yet on a sale of the former Quaker Meadows Golf Course, but there is fire for a different reason.

Coyote sightings expected to peak in May

Biologists with the North Carolina Wildlife Resources Commission say coyote sightings should peak in May as mother coyotes search outside their dens for food for their young. Read how you can keep yourself and your pets safe during a coyote encounter:

Emergency workers free Sandra Powell Searson from her Toyota Camry after a wreck on U.S. 70 in Drexel Friday evening.

Witnesses said the Honda Pilot Searson hit spun around before coming to a rest in a ditch.