September 6, 1941 - June 17, 2020 Henry Abernathy, 78, of Glen Alpine, passed away peacefully Wednesday, June 17, 2020. He was born in Burke County, Sept. 6, 1941, to the late James Everett Abernathy and Mary Alice Pitts Abernathy. Henry attended the First Baptist Church of Glen Alpine and was a member of the NC National Guard. He retired from Western Piedmont Community College. He never missed a NASCAR race on television. Henry loved fishing and also loved his family. In addition to his parents, he was preceded in death by a brother and sister-in-law, Nelson and Christine Abernathy. He is survived by his children, Jeff Meek (Cindy), Sharon Ross (Jimmy), all of Glen Alpine and Pauline Mitten and Brian Meek (Grace) all of Ohio; grandchildren, Amy McPeters (Travis), Carl Meek, Janie Beam (Travis), Stephen Ross, Rachael Lust, Mark Mitten, Miles Mitten and Justin Meek; eight great-grandchildren; brothers, David Abernathy, Johnny Abernathy, Tim Abernathy (Susan), and Phillip Abernathy (Beverly); nine nieces and nephews; and K-9 companion, Mickey. Family and friends may pay their respects from 1 to 5 p.m., today (Friday, June 19), at Sossoman Funeral Home and Crematory Center. A graveside service will be held at 12 p.m., Saturday, June 20, at Glen Alpine Cemetery with the Rev. John Terry officiating. Military honors will be provided by the NC National Guard. Sossoman Funeral Home & Crematory www.sossomanfh.com

+1
+1
To plant a tree in memory of Henry Abernathy as a living tribute, please visit Tribute Store.

I am sorry to hear about Henry. I have known him for a very long time, worked with him, had fun with him and always enjoyed him telling stories or dressing me down for some boneheaded thing I had done. Which gave him great pleasure.. I always knew if Henry didn’t exactly like you, he stayed quiet.. and if you knew him.. you understand that. I shall miss him and his jovial ways. A solid decent hard working man, much love, much respect. 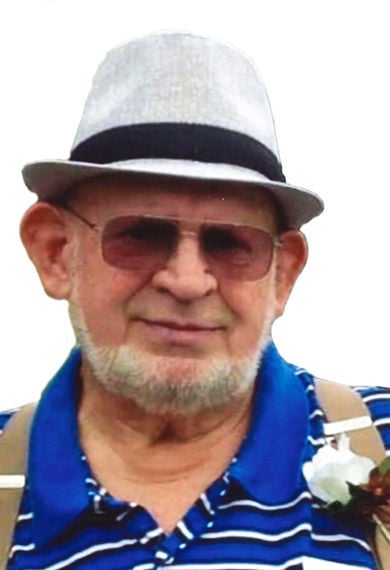