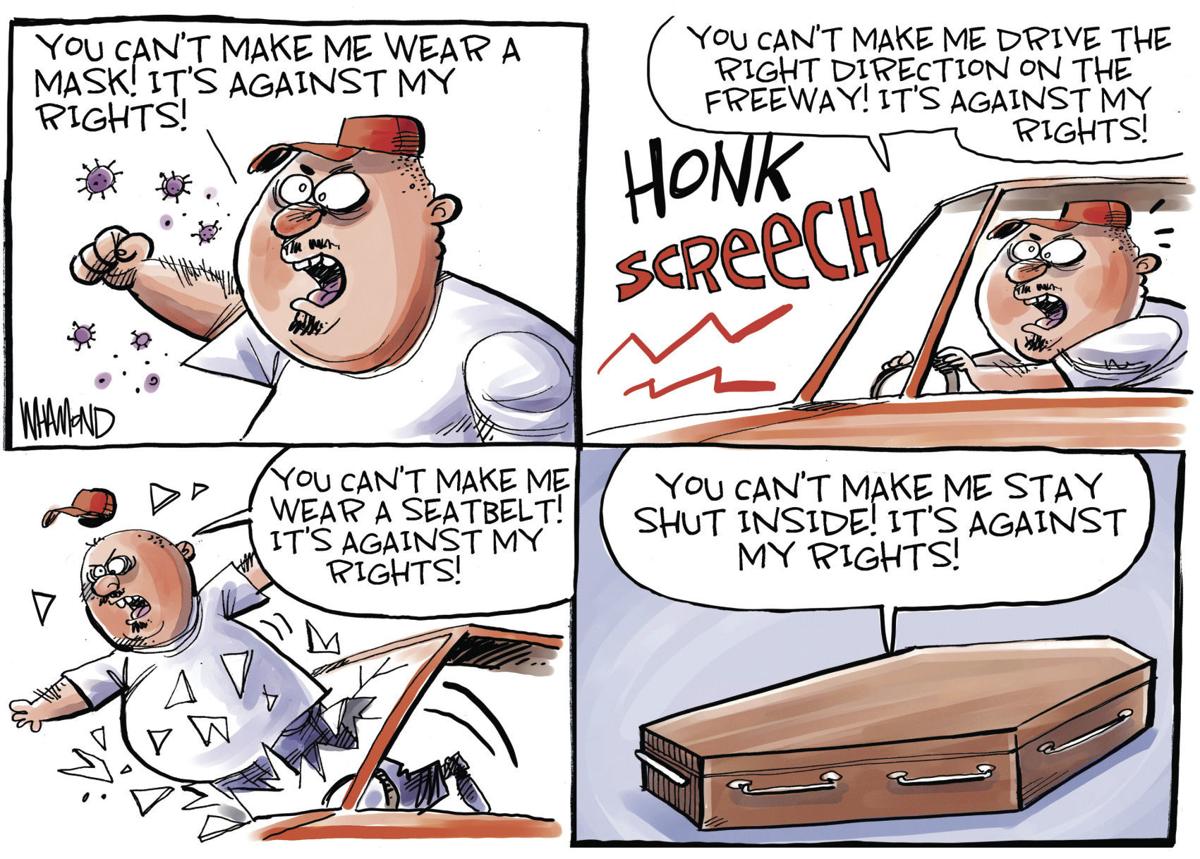 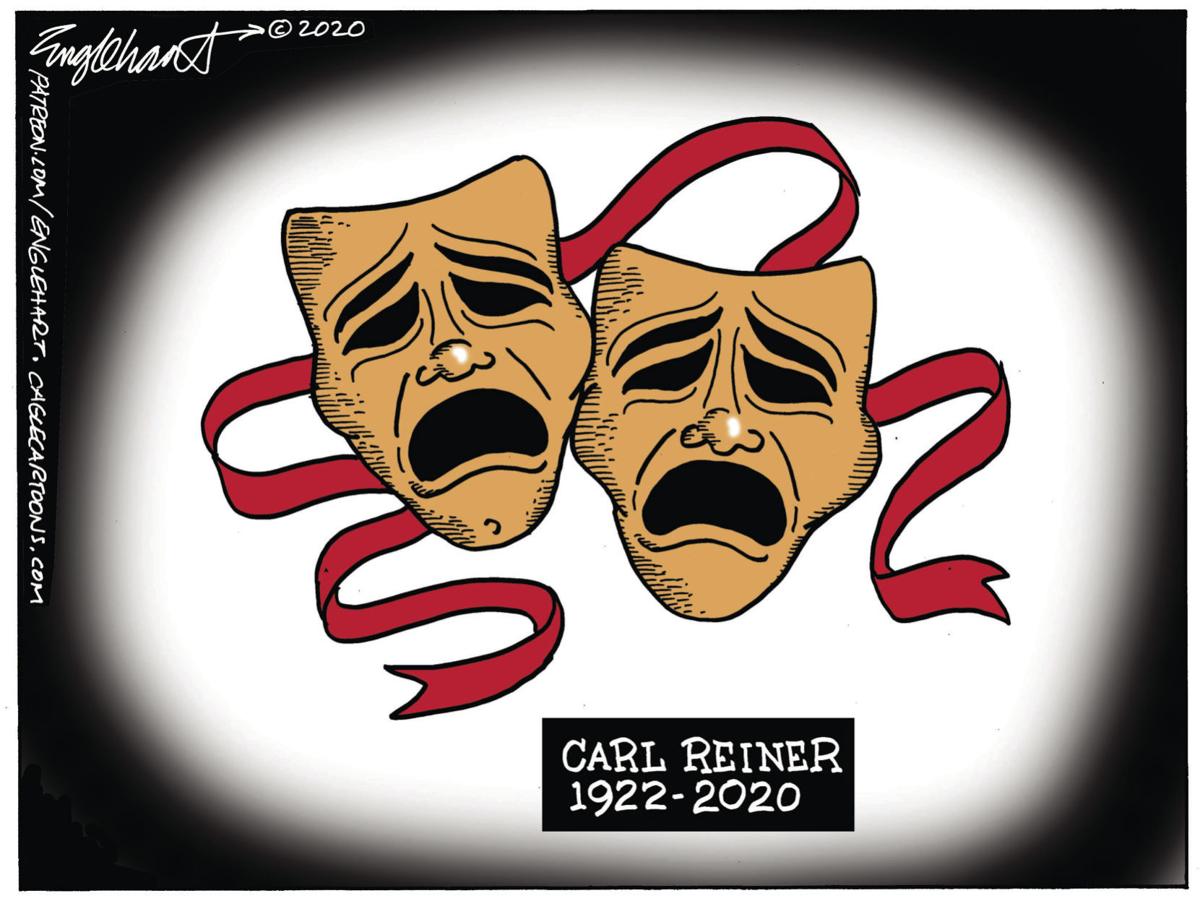 Courts are so jammed that innocent people plead guilty to avoid waiting years for a trial. Lawyers help rich people get special treatment. A jail stay is just as likely to teach you crime as it is to help you get a new start. Overcrowded prisons cost a fortune and increase suffering for both prisoners and guards.

There’s one simple solution to most of these problems: End the war on drugs.

Our government has spent trillions of dollars trying to stop drug use.

It hasn’t worked. More people now use more drugs than before the “war” began.

“It pitted police against the communities that they serve,” says neuroscientist Dr. Carl Hart in my new video.

Hart, former chair of Columbia University’s Psychology department, grew up in a tough Miami neighborhood where he watched crack cocaine wreck lives. When he started researching drugs, he assumed that research would confirm the damage drugs did.

But “one problem kept cropping up,” he says in his soon-to-be-released book, “Drug Use For Grown-Ups: Chasing Liberty in the Land of Fear,” “the evidence did not support the hypothesis. No one else’s evidence did either.”

After 20 years of research, he concluded, “I was wrong.” Now, he says, our drug laws do more harm than drugs.

Because drug sales are illegal, profits from selling drugs are huge. Since sellers can’t rely on law enforcement to protect their property, they buy guns and form gangs.

Cigarettes harm people, too, but there are no violent cigarette gangs — no cigarette shootings — even though nicotine is more addictive than heroin, says our government. That’s because tobacco is legal. Likewise, there are no longer violent liquor gangs. They vanished when prohibition ended.

But what about the opioid epidemic? Lots of Americans die from overdoses!

Hart blames the drug war for that, too. Yes, opioids are legal, but their sale is tightly restricted.

“If drugs were over the counter, there would be fewer deaths?” I asked.

“Of course,” he responds. “People die from opioids because they get tainted opioids. ... That would go away if we didn’t have this war on drugs. Imagine if the only subject of any conversation about driving automobiles was fatal car crashes. ... So it is with the opioid epidemic.”

Drugs do harm many people, but in real life, replies Hart, “I know tons of people who do drugs; they are public officials, captains of industry, and they’re doing well.

Drugs, including nicotine and heroin, make people feel better. That’s why they are used.”

President Eisenhower warned about the military-industrial complex. America’s drug war funds a prison-industrial complex. Hart says his years inside the well-funded research side of that complex showed him that any research not in support of the “tough-on-drugs” ideology is routinely dismissed to “keep outrage stoked” and funds coming in.

America locks up more than 2 million Americans. That’s a higher percentage of our citizens, disproportionately black citizens, than any other country in the world.

“In every country with a more permissive drug regime, all outcomes are better,” says Hart. Countries like Switzerland and Portugal, where drugs are decriminalized, “don’t have these problems that we have with drug overdoses.”

In 2001, Portugal decriminalized all drug use. Instead of punishing drug users, they offer medical help. Deaths from overdoses dropped sharply. In 2017, Portugal had only 4 deaths per million people. The United States had 217 per million.

“In a society, you will have people who misbehave, says Hart. “But that doesn’t mean you should punish all of us because someone can’t handle this activity.”

John Stossel is author of “Give Me a Break: How I Exposed Hucksters, Cheats, and Scam Artists and Became the Scourge of the Liberal Media.”

Unusual driving laws from all over the world

For those tackling renewing your driver’s license and need to pass a written test after many years of skirting by, most of our laws are pretty…

Making coronavirus testing easy, accurate and fast is critical to ending the pandemic – the US response is falling far short

Does coronavirus linger in the body? What we know about how viruses in general hang on in the brain and testicles