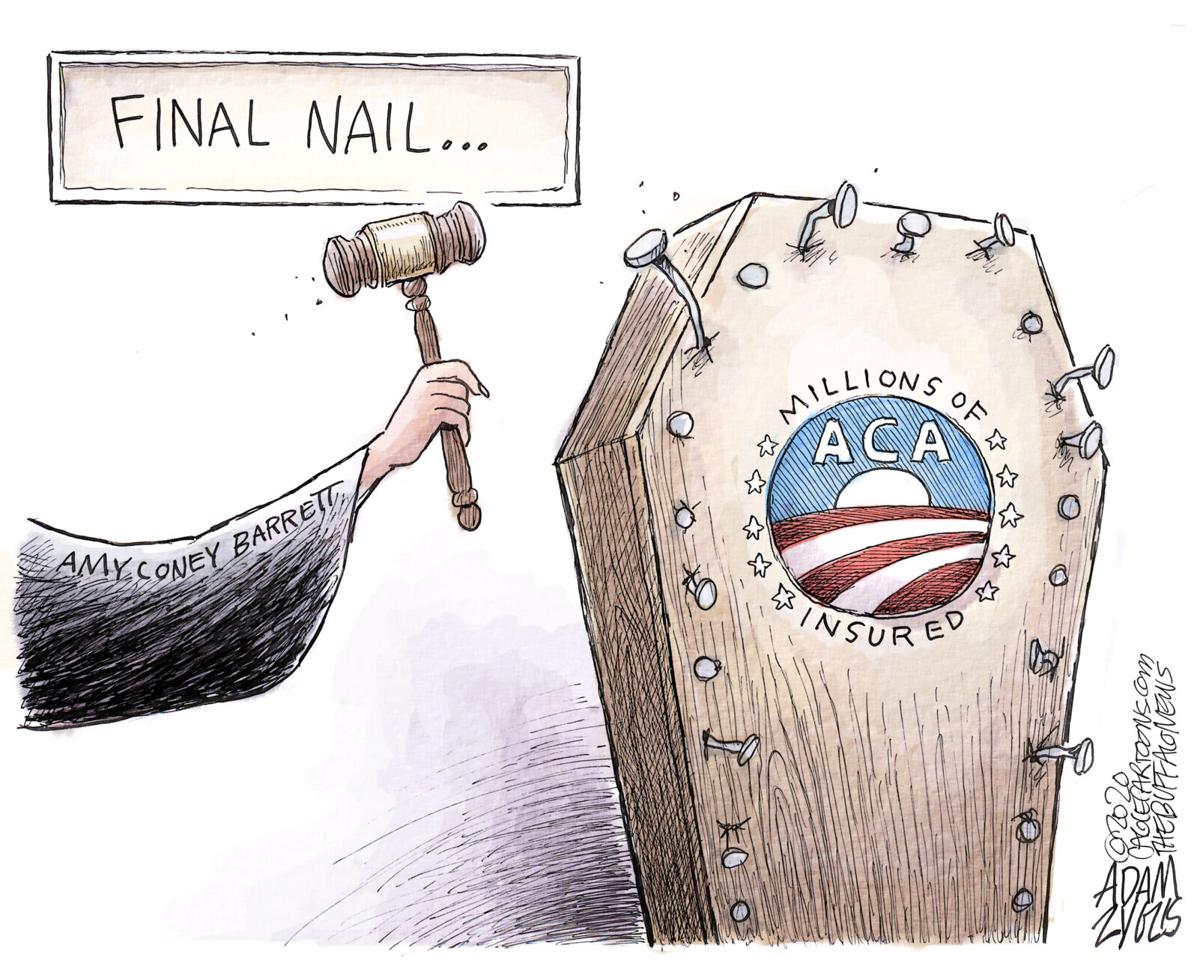 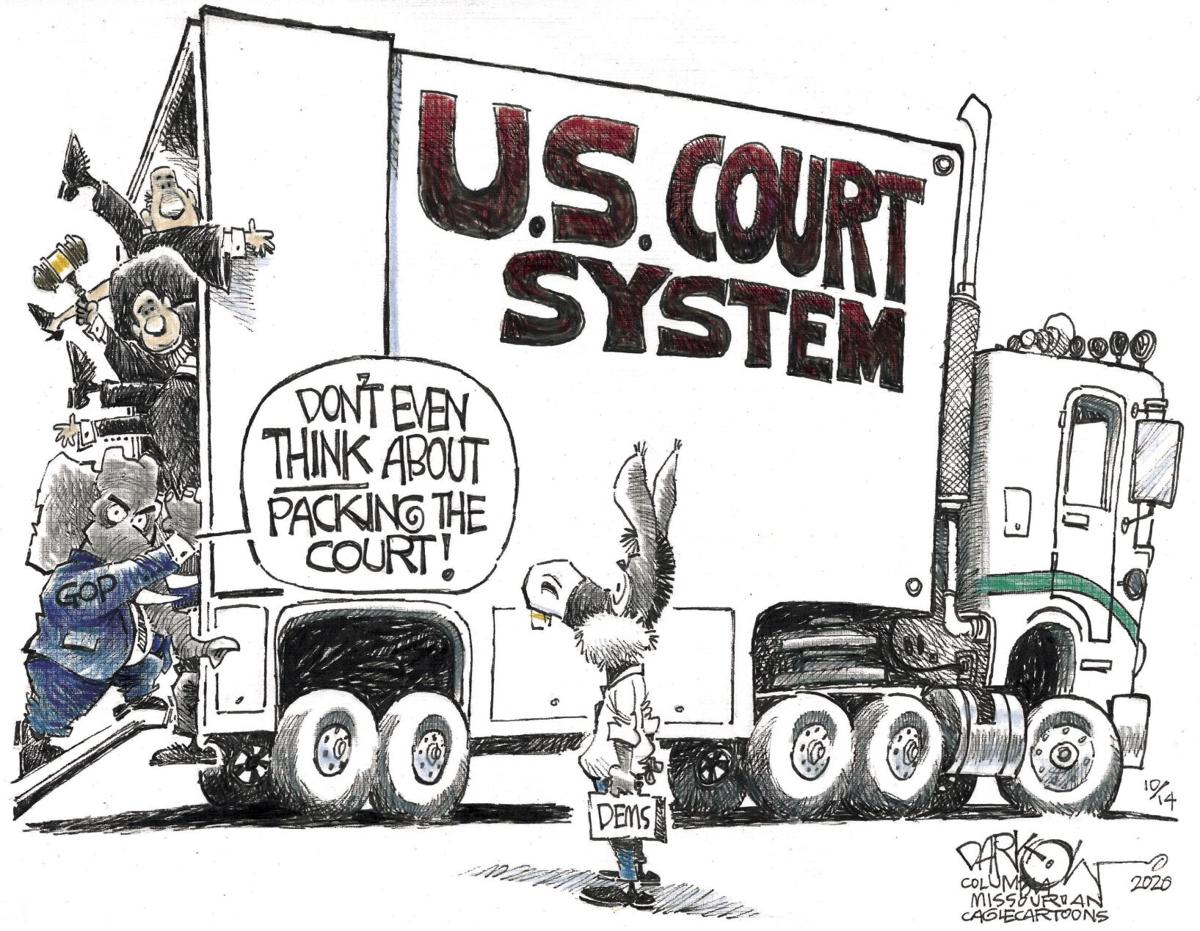 After his girlfriend booted him out of her place, Adam Fox found refuge in a storage space under a vacuum shop. He reportedly lived there with an emotional support dog and smoked pot.

Fox and six other men belonging to a militia group they call the Wolverine Watchmen were arrested for their alleged role in a plot to kidnap Michigan Gov. Gretchen Whitmer and try her for treason. Set aside for the moment the ludicrous though dangerous Wolverine Watchmen's plan. Note instead the social and economic dysfunction that membership in extremist groups seeks to cover. Look at these loners who can't hold a job, sustain an intimate relationship or get along with the neighbors.

Many Americans are suffering job loss and romantic breakups, with the coronavirus adding new layers of pain. But the troubled men who join these outlandish gangs seem especially unable to hold it together.

In these cases, the public usually gets flooded by serious analyses of these boy-men's political beliefs. Those who wish to sort through their "extremist" views can go ahead, but one thing that's extreme about these sad cases is the mess that is their lives.

Federal investigators say that for fragile psyches, personal setbacks can trigger acting on violent fantasies. Eating at Fox, according to the vacuum shop owner, was Whitmer's mandate to wear face masks against COVID-19 — to him an outrageous violation of his rights.

His maladjusted alleged co-conspirators referred to Whitmer as a "tyrant," with Pete Musico calling for her to be "hung for treason." Musico and his son-in-law also were accused of surveying bridges to blow up and collecting addresses of law enforcement officers they planned to kill.

Right-wing extremists often fancy themselves as defenders of America against their imagined communist threat. This is sadly comical coming from guys who seem unable to grab even the lowest job rung in a market economy. You don't have to be a captain of industry to afford rent on a studio, but a lot of these men were too handicapped to do even that.

Go down the list of Wolverine Watchmen. Daniel Harris was living with his parents. Paul Bellar, whose Michigan landlord tried to evict him for not paying rent on his trailer, had moved in with his father in South Carolina. Joseph Morrison lived with Musico, his father-in-law. Neither apparently had a job.

The Watchmen would spend Sunday evenings marching around Musico's backyard dressed in camouflage and shooting off high-powered weapons. Local children were afraid to play in the woods, causing some neighbors to express relief when the "warriors" were taken away.

Lost boys frequently seek to make common cause with other lost boys. Brandon Caserta, another of the accused, was not alone in praising Kyle Rittenhouse, the 17-year-old charged with shooting two people dead at a Black Lives Matter rally in Kenosha, Wisconsin. Who was Rittenhouse? An unemployed high school dropout living with his mom.

Caserta posted an admiring meme of Rittenhouse with the words "When you've smoked 3 commies before you can legally smoke cigarettes."

Caserta was sore because he lost his job at a Chipotle restaurant during the initial virus lockdown. Any future employment prospects would seem much dimmer now that he's been charged with planning to harm the governor.

Let us end on a sober note. These disturbed individuals may be bumping along the dusty bottom of society, but they have company, guns and a belief system that, while ridiculous to sane people, covers their mental distress with grandiose visions of national importance.

The times are ripe for idiots.

Food for thought on apartment living

It’s difficult trying to find an uplifting topic to write about every week when bad news seems to dominate the news media. Are we winning the …

During that tumultuous transition from pre-adolescent to full-flower adolescent, I was the tall, skinny, gap-toothed, church-going, never-in-t…

Why go off daylight saving time?

In the coming weeks, leaves will fall, plants will shrivel, temperatures will sink and Americans will experience growing dread over the unplea…

“After a few weeks, I began to realize that I just don’t miss it.”

Just give us an answer

Democratic presidential candidate Joe Biden’s stubborn, self-defeating refusal to venture an opinion on suggestions to increase the number of …

The fate of gig workers

Become an employee with full paid benefits, or remain a mostly independent gig worker? That debate’s raging in California as November’s genera…

A tale of two camps

When COVID-19 hit, I quarantined in eastern Massachusetts.