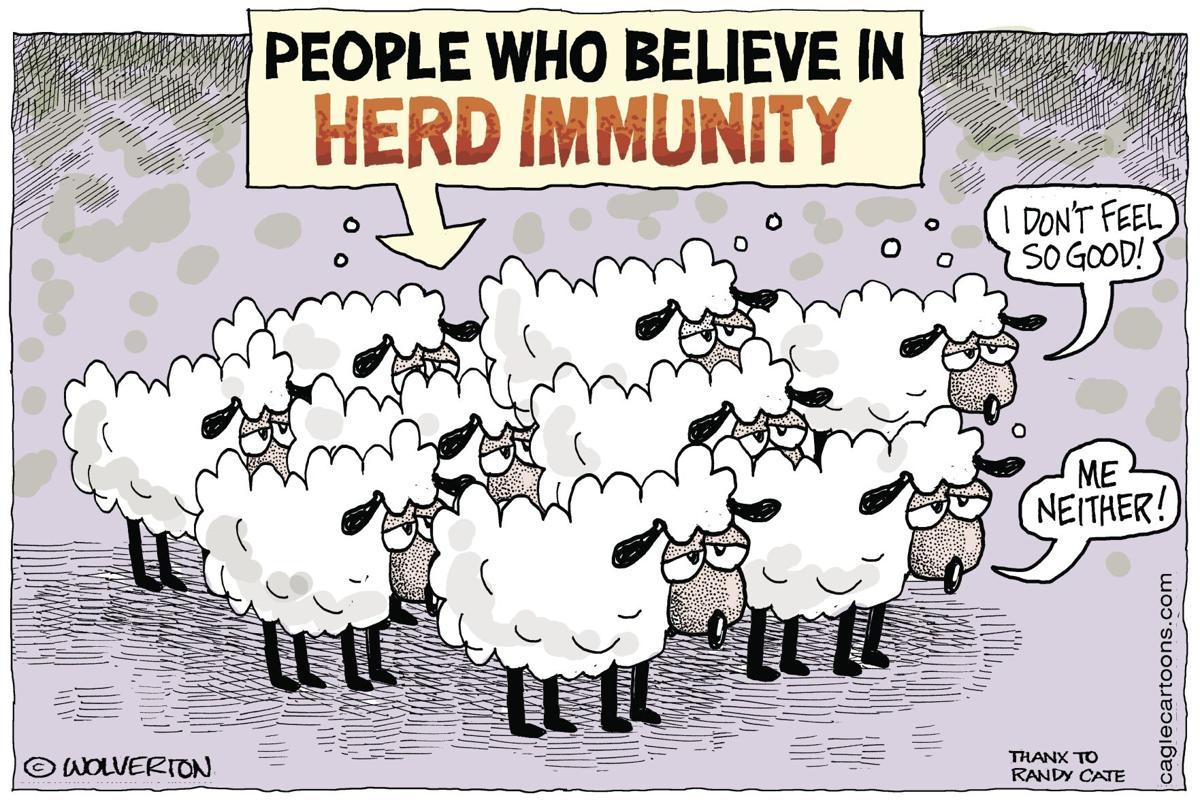 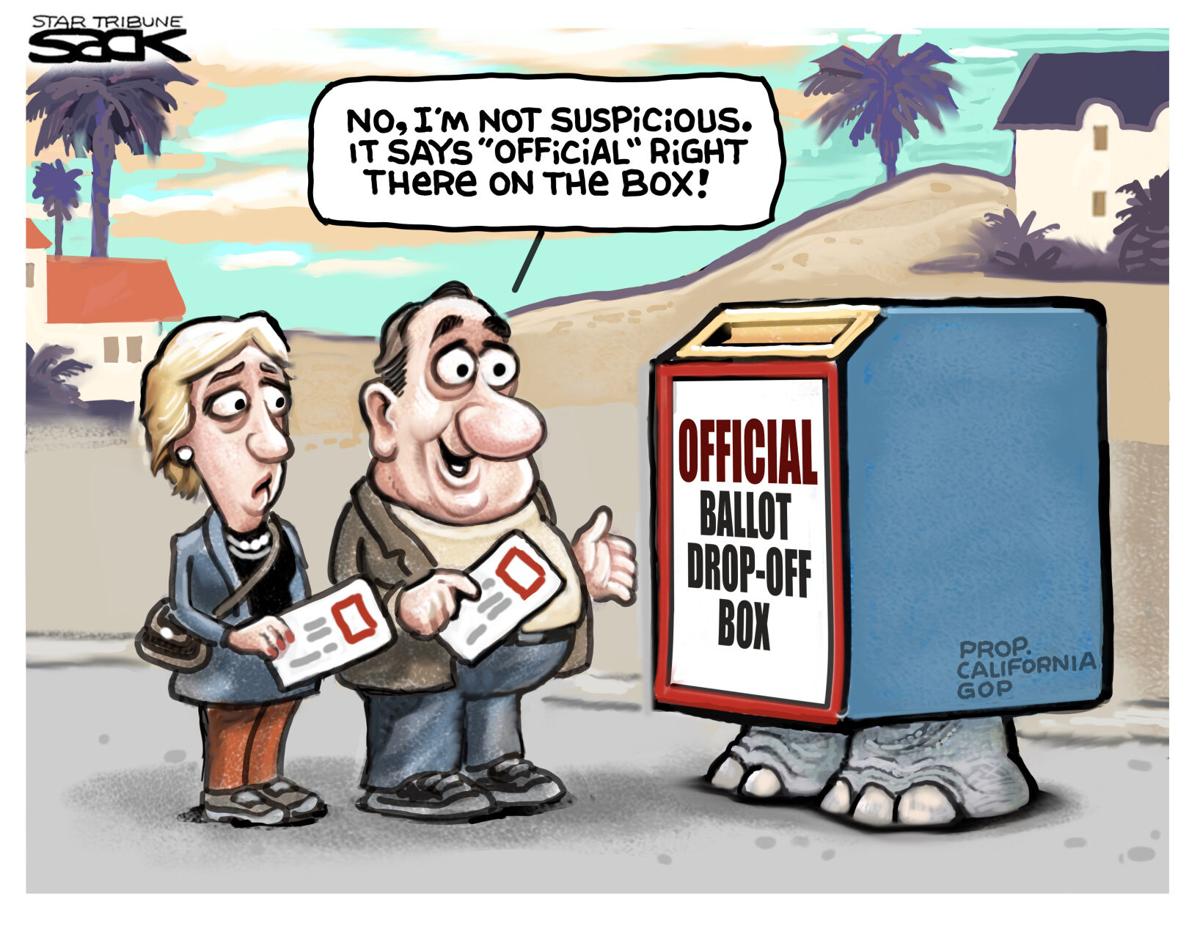 We devote a lot of mental energy to things that are going wrong or could go wrong. It's human nature. As the sociobiologists teach us, our ancestors were not the ones who heard a rustling in the grass and figured, "Eh, it's probably nothing." We are descended from the ones who said: "What the hell was that? Could be a cobra. Better run the other way." Vigilance is our default mode.

But seven months after the start of this plague, we shouldn't lose sight of the things that went more right than we expected.

Thinking back to the origins of the pandemic in March, we were beset by fear. Would the tanking stock market be the harbinger of another Great Depression? We expected mass unemployment and cratering businesses. We worried that our savings could be decimated.

We feared that the virus would be impossible to vaccinate against.

We believed it likely that the pandemic would increase deaths from other causes as people shunned hospitals and routine care. We thought we needed thousands more ventilators than we could manufacture.

We were concerned that essential services like electricity generation, water purification and trash collection might be affected, compounding the suffering and contributing even more to the spread of disease.

People hoarded canned goods, toilet paper, spaghetti, bottled water and hand sanitizer. (I hoarded coffee.) In March, we wondered whether fresh food or, in fact, any food would be available in a week's time.

There was a run on guns. This struck me, even at the time, as overwrought. People feared that civil strife could be in the offing, and that they might have to defend their supplies of ramen noodles and peanut butter from marauding gangs.

We worried that the lockdowns would result in a spike in suicides and that school closings would rob children and teenagers of education and socialization.

Seven months on, some of those worries proved to be well-grounded, but many did not.

The stock market made up all of its losses by August. That's not to say the economy is in good shape. More than 163,000 businesses have closed, almost 98,000 of them permanently. That represents real hardship for owners, employees and customers. But out of 32.5 million businesses nationwide, that's still a tiny fraction. Unemployment remains high at nearly 8%, but it has declined considerably from above 14% in March.

Prospects for a vaccine look promising. There will be setbacks -- Johnson and Johnson halted one of its trials over the weekend due to the unexplained illness of one volunteer -- but the outlook for a widely available vaccine or vaccines by the middle of 2021 remains good.

It turned out that ventilators were not as crucial in treating this virus as expected.

Fears about the pandemic increasing deaths from other causes appear to have been correct. A study published in the Journal of the American Medical Association found that in March and April, the U.S. experienced 87,000 excess deaths -- meaning deaths above what was experienced in those months during the preceding five years. About a third were attributed to causes other than COVID-19.

Thanks to the efforts of frontline workers (who deserve more gratitude than they get), public services like transportation, electricity generation, food safety inspection, trash collection, water purification and emergency services continued pretty much without a hiccup. The lights stayed on. The heat and electricity continued to function. Supermarkets remained open and remarkably well-stocked. There were shortages here and there of various commodities -- yeast! Dijon mustard! -- but nothing that could be called hardship. Amazon continued to deliver just about anything you wanted in record time. We did not experience a "Lord of the Flies"-style social collapse requiring armed defense of our pantries.

What prolonged school closings will do to children is a great unknown, and there is reason to think that teachers unions have exerted too much power in this matter.

As for depression, suicide and other psychological effects of the pandemic, the news is mixed. Significant numbers of adults have reported increases in depression, anxiety and substance abuse. Adolescents, on the other hand, are faring better.

According to a new report from the Institute for Family Studies, teen mental health has improved since the pandemic and associated lockdowns began. Compared with 2018, fewer adolescents described themselves as depressed, lonely or unhappy during the COVID-19 crisis. They reported better sleep. In 2018, only 55% said they regularly slept 7 or more hours per night. In 2020, it jumped to 84%. Teens are spending more time talking with their parents and sharing a family dinner. A solid 53% reported feeling stronger and more resilient as a result of the pandemic. Yet another IFS report found that the enforced togetherness of the pandemic has improved marriages, with 58% saying it has made them appreciate their spouse more.

As awful as it has been, this disease was not the apocalypse we feared. Many aspects of our society proved more resilient than we expected. That should inspire something we haven't felt much of lately -- hope.

Mona Charen is a senior fellow at the Ethics and Public Policy Center. Her new book is "Sex Matters: How Modern Feminism Lost Touch with Science, Love, and Common Sense." To read features by other Creators Syndicate writers and cartoonists, visit www.creators.com.