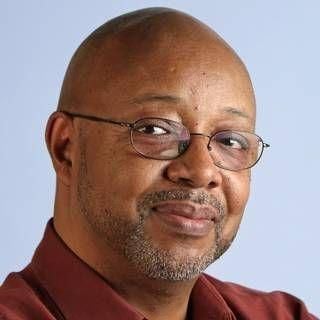 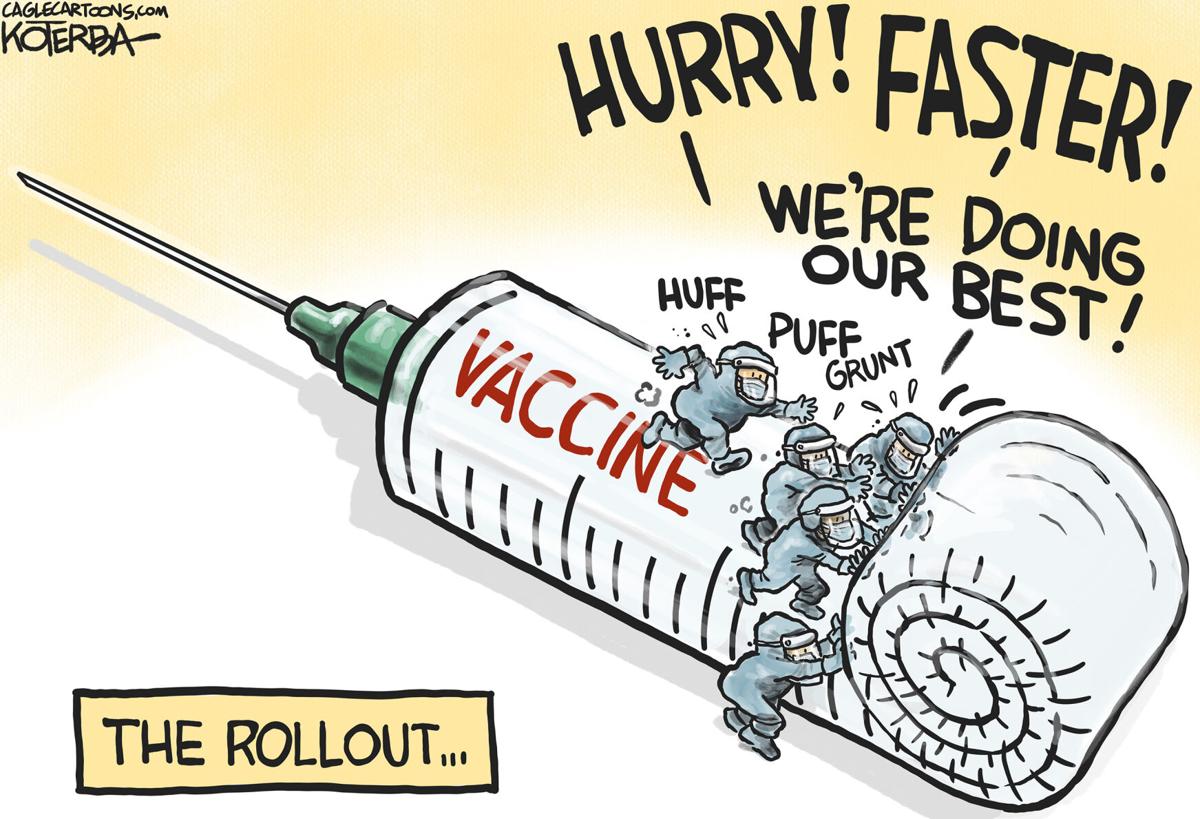 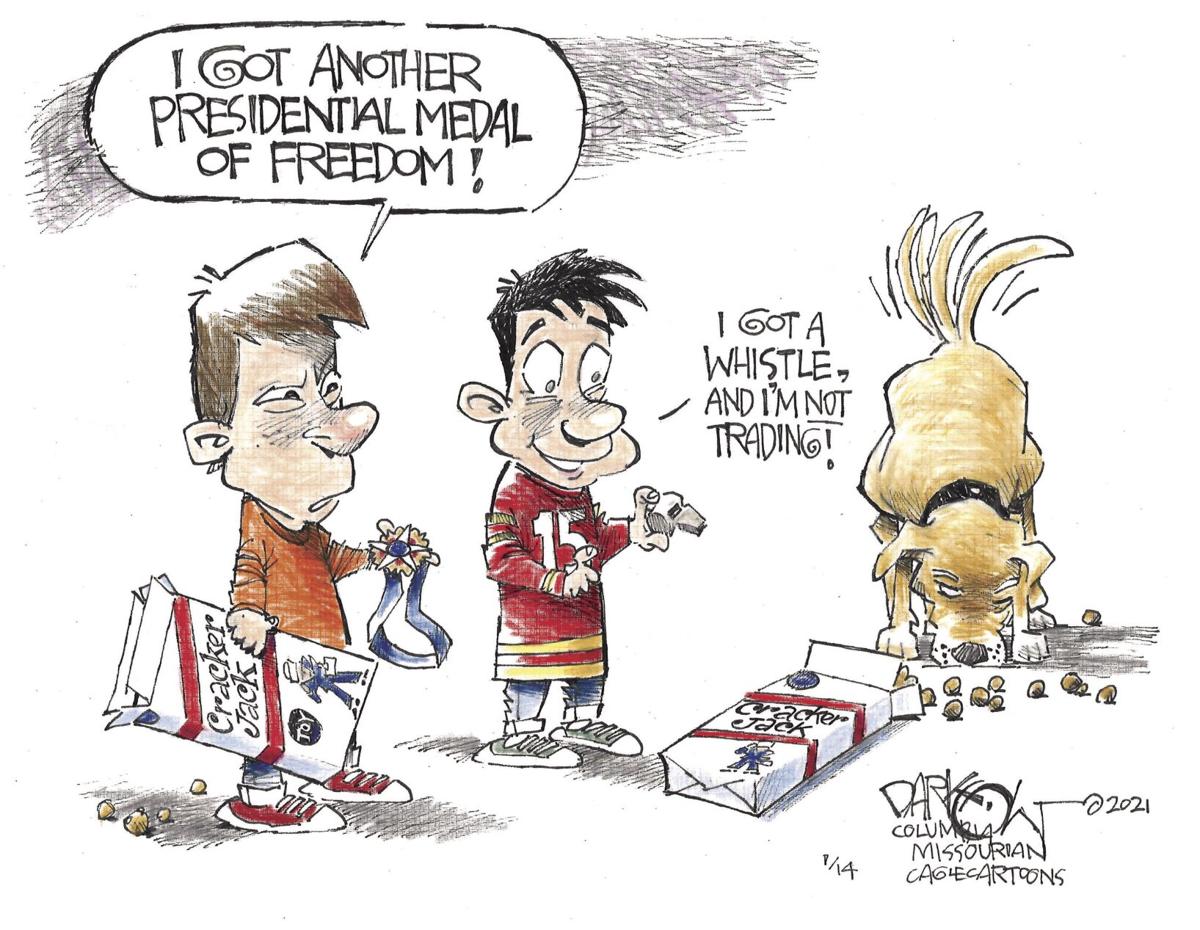 I don't mind admitting that I could really go for a good fistfight just now.

Or a race against time to foil a terrorist plot.

As some of you will recall, I gave up those and other literary pleasures a year ago, bidding farewell to the likes of Robert B. Parker, Tom Clancy and Stephen King. Before we knew all the awful things that 2020 would be — The Year of Pandemic, The Year of Racial Reckoning, The Year of Endless Election — I stood at this podium and put my own stamp on it: 2020 would be The Year of Reading Women, I said. This, after realizing that I, avowed feminist and voracious reader that I am, seldom read female authors — that for years, I had been unconsciously but consistently ignoring them.

Twelve months later, given that this is such a slow news week — absolutely nothing going on in the country just now, right? — I thought I'd take this first column of ’21 to offer a postmortem. To wit: I read, listened to or both 39 books authored — or in two cases, co-authored — by women last year, everything from "Pride and Prejudice" by Jane Austen and "The Bluest Eye" by Toni Morrison to "My Sister, The Serial Killer" by Oyinkan Braithwaite and "Pachinko" by Min Jin Lee.

Some were stinkers, some were standouts, but most were books I'd never have discovered had I kept to my usual fare of male-written thrillers, biographies, history, historical fiction and public affairs. Point being that my bias deprived me of whole vistas of discovery. And if you choose to see in that a lesson that extends beyond the literary, you'll get no argument here.

One often hears people declare, usually with a touch of pride, their complete freedom from bias, whether gender, geographic, racial, religious or otherwise. It's a declaration that always reflects delusion, the mistaken belief that good intentions — more accurately, the lack of malign intentions — is enough to vanquish one's prejudices. Which fails to take into account how stubborn and insidious prejudices really are.

I mean, I've used this space to argue for reproductive freedom, to condemn income inequality, to decry the rape-kit testing backlog, to support the #MeToo movement. Yet for all that, my reading list might as well have had a sign on it like a little boy's treehouse in some 1940s movie: "No gurls allowed!"

This last year, then, has served as a reminder to never be too smug about one's own enlightenment. Because enlightenment is not a place one reaches, but a process always ongoing. And it requires not just a willingness to acknowledge that one harbors biases, but also a recognition that they will not go away on their own. One has to make them go away. And then one has to get up the next day and do it again. Eternal vigilance, and all that.

Last year was, for yours truly, about embracing an intentional effort to grow, to push back boundaries and make broader the world. And if that temporarily deprived me of Stephen King, well, it introduced me to Elizabeth Wetmore whose debut novel was my favorite book of last year, my favorite of the last several years. "Valentine" is a vivid and evocative story of race, rape and rage set in a barren Texas oil town in the 1970s. It marks Wetmore as a writer to watch.

Yet, had I not made an intentional effort to see around my own blind spots, I'd likely not even know she exists. And I'd have been poorer for it. So my final word on The Year of Reading Women is this: Hey, Steve, I'm glad to have you back. And Elizabeth, it's nice to meet you.

For those who've been asking, here's my #TheYearOfReadingWomen reading list:

Leonard Pitts Jr. is a columnist for the Miami Herald. Email him via at lpitts@miamiherald.com.

The country is divided and in massive debt, and its future isn’t looking so good — but thankfully, I have more immediate worries to consume my…