The bases were loaded with one out in the bottom of the seventh inning with the top of the Rutherford Baseball Academy order on deck, Burke County clinging to an 11-10 lead.

But in the second game of a second-week, seven-inning doubleheader in Big League Camp Summer League baseball play at Morganton’s Shuey Field on Wednesday night, the host Burke defense had one more gem up its sleeve.

Burke second baseman Easton McCoy snagged a hot grounder off the 12th and final hitter in the RBA lineup to commence a 4-6-3 walkoff double-play, preserving the one-run win. It was the Burke defense’s second double play of the game and third of the night — the first coming in the evening’s opener, a 5-2 win in favor of the hosts.

Burke now sits at 4-0 after two nights of play in the newly created league, serving as a substitute for American Legion during the COVID-19 pandemic.

Wednesday’s nightcap was all Burke early on as the hosts opened up a 4-0 lead in the first off base hits from leadoff Wes Smith, Mason Mozeley and Ben Winkler, with Peyton Smith (HBP) and Easton McCoy (fielder’s choice) joining Wes Smith and Mozeley in scoring runs. Burke padded its lead to 6-1 in the bottom of the second after Christian White (HBP) scored on Wes Smith’s RBI and Mozeley (single) scored again on a wild pitch.

But RBA tied things up 6-6 in the third, then took its first lead of the game 8-6 in the top of the fifth. But Burke responded in the bottom-half of the frame by batting all the way around the order with Brayson Buff (walk), Wes Smith (walk) and Mozeley (fielder’s choice) scoring on passed balls, Winkler (walk) scoring on Carson Dyson’s RBI, and Dyson coming around on Christian White’s RBI base hit for a five-spot to make it 11-8.

In the opener, Peyton Smith got the start on the mound and pitched six innings with nine strikeouts, three walks, two hits and two runs allowed. That included throwing out of a big-time jam in the top of the first after hitting two batters and walking two more to put a run across before striking out three of the next four to get out on the bad spot.

Burke put the game on ice in the bottom of the third with four runs. With one out, Dyson got aboard on a single and stole second, then moved to third via White. Wes Smith’s single brought Dyson home before Mozeley walked and Peyton Smith helped his own case with a two-RBI double. Smith came around one batter later on Waylon Rutherford’s centerfield double.

The hosts added one more run in the bottom of the fifth when Mozeley led off with a single, got to second on Rutherford’s walk, stole third and was awarded home on an RBA balk.

RBA added one more run in the top half of the sixth but could do no more damage as Buff earned the save in the seventh with a strikeout and a hit.

Burke County returns to action at Shuey Field on Tuesday with another 5 p.m. seven-inning doubleheader versus Rutherford, the other BLC Summer League squad out of that county, in its third night of play.

Oh, August high school football, how do we love you? Let me count the ways.

The COVID-19 pandemic has forced countless changes to sports at all levels since March, with NCAA Division II’s South Atlantic Conference among the affected leagues. The latest announcement from the SAC came on July 24, when the start of fall sports was postponed to Sept. 26.

Burke gets past Hibriten twice to finish 11-1; Playoffs start Saturday

It may not have been Burke’s defining performance from the regular season, but Wednesday’s sweep of Hibriten was more than enough to assure th… 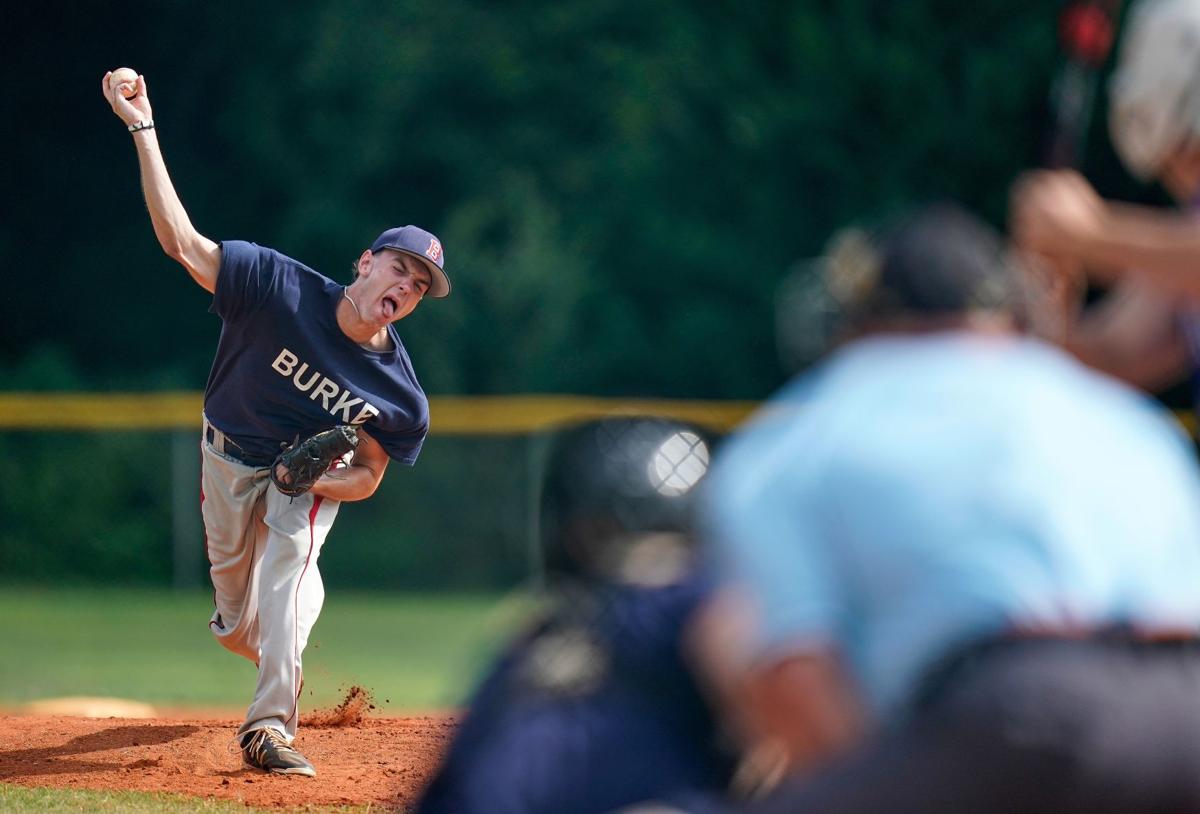 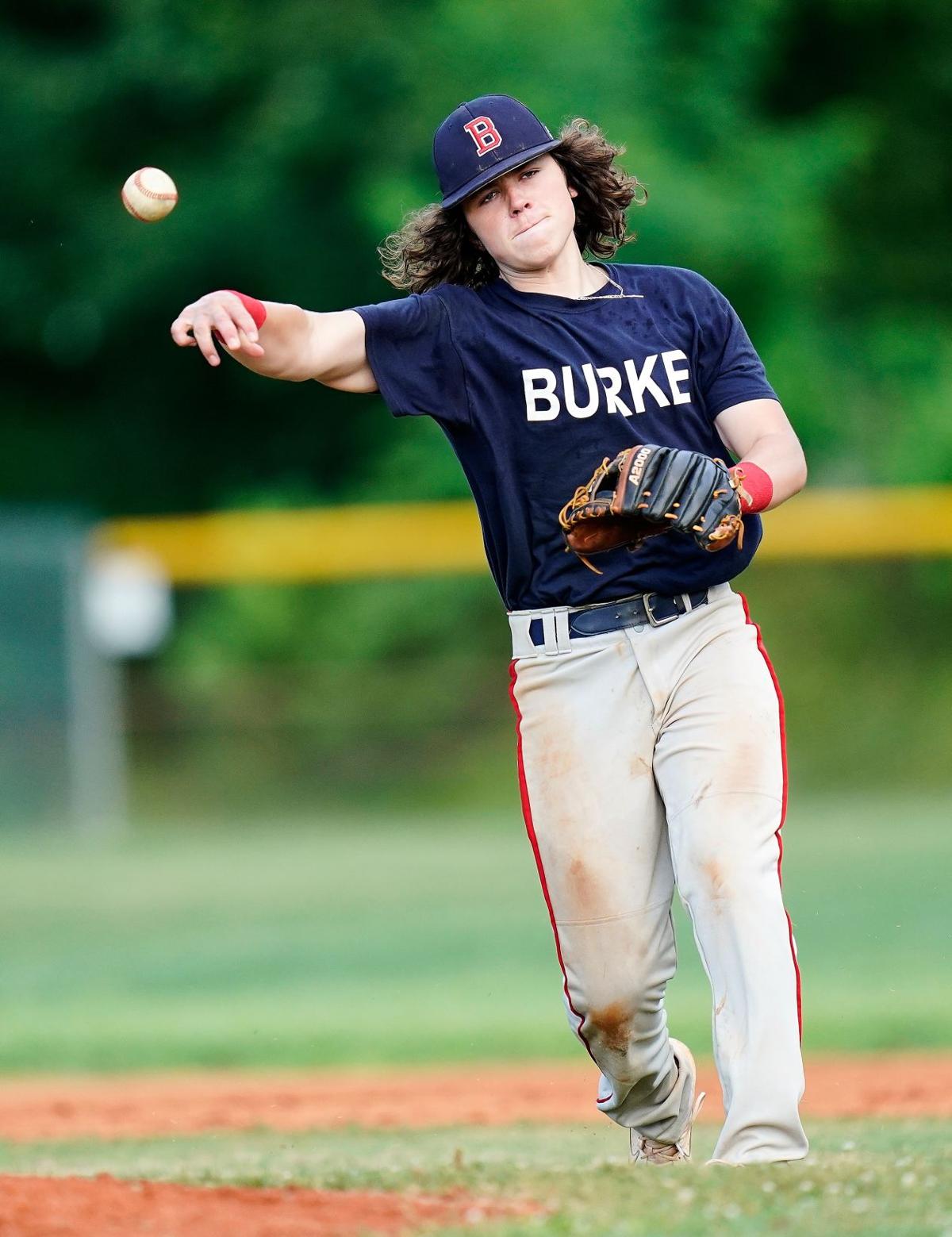 Burke County's Wes Smith makes the infield play to first base versus RBA.