ROCK HILL, S.C. — The South Atlantic Conference announced its AstroTurf Men’s Soccer Players of the Week on Tuesday for matches played during the first week of the 2021 season. Lenoir-Rhyne midfielder Carles Montoliu Lobo was named the offensive player of the week, while teammate and goalkeeper Camden Coleman was named defensive player of the week.

Montoliu Lobo, a senior from Valencia, Spain, led the Bears to a 2-0 season-opening win over Florida Tech last week. He scored the game-winning goal and assisted on the other to finish the match with three points.

Coleman, a sophomore from Lynchburg, Virginia, picked up a shutout victory in his first career start between the goalposts for the Bears against Florida Tech. He did not allow a single goal and made three saves in the win.

Coming off a dominant 59-0 road victory over winless Carson-Newman last week, the Lenoir-Rhyne football team returns home Saturday to face another squad that’s still looking for its first win. Limestone travels to Hickory for a 2 p.m. kickoff against the Bears, who will play the 80th homecoming contest in school history.

The Lenoir-Rhyne football team totaled 523 yards of offense and held visiting Limestone to minus-12 yards rushing during a 45-3 homecoming win on Saturday afternoon at Moretz Stadium. The victory was the Bears’ third straight as they moved to 5-2 overall and 4-2 in the South Atlantic Conference.

The Lenoir-Rhyne Bears got it done on both sides of the ball during Saturday afternoon’s homecoming football game against Limestone, winning 45-3 for their 19th victory in their last 21 contests at Moretz Stadium. The offense totaled 523 yards a week after finishing with 750, while the defense completely shut down the Saints’ running game, holding the visitors to minus-12 yards on 24 carries.

AIKEN, S.C. — After splitting a pair of five-set matches on the first day of the South Atlantic Conference/Peach Belt Crossover, the Lenoir-Rhyne volleyball team earned two wins on Saturday. The Bears topped Lander in three sets before overcoming a 2-0 deficit to defeat USC Aiken in five sets.

MORGANTON — The Lenoir-Rhyne men’s golf team posted its best finish of the season in its final fall event of the 2021-22 campaign. The Bears hosted 17 other teams during the three-round Donald Ross Intercollegiate on Monday and Tuesday at Mimosa Hills Golf Club, coming in fourth with a team score of 856 (16-over-par).

MILLEDGEVILLE, Ga. — The Lenoir-Rhyne volleyball team split a pair of five-set matches on the opening day of the South Atlantic Conference/Peach Belt Crossover on Friday, falling 3-2 to Augusta before beating Georgia College by the same score.

JEFFERSON CITY, Tenn. — For some reason, the Lenoir-Rhyne football team has had a hard time winning games on the road this season, dropping two of its first three contests away from home. On the other side, the Bears’ Week 7 opponent hasn’t found a way to win anywhere just yet. 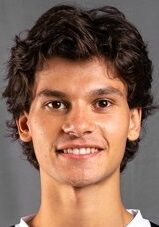 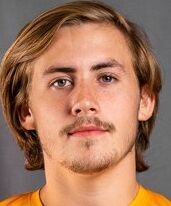