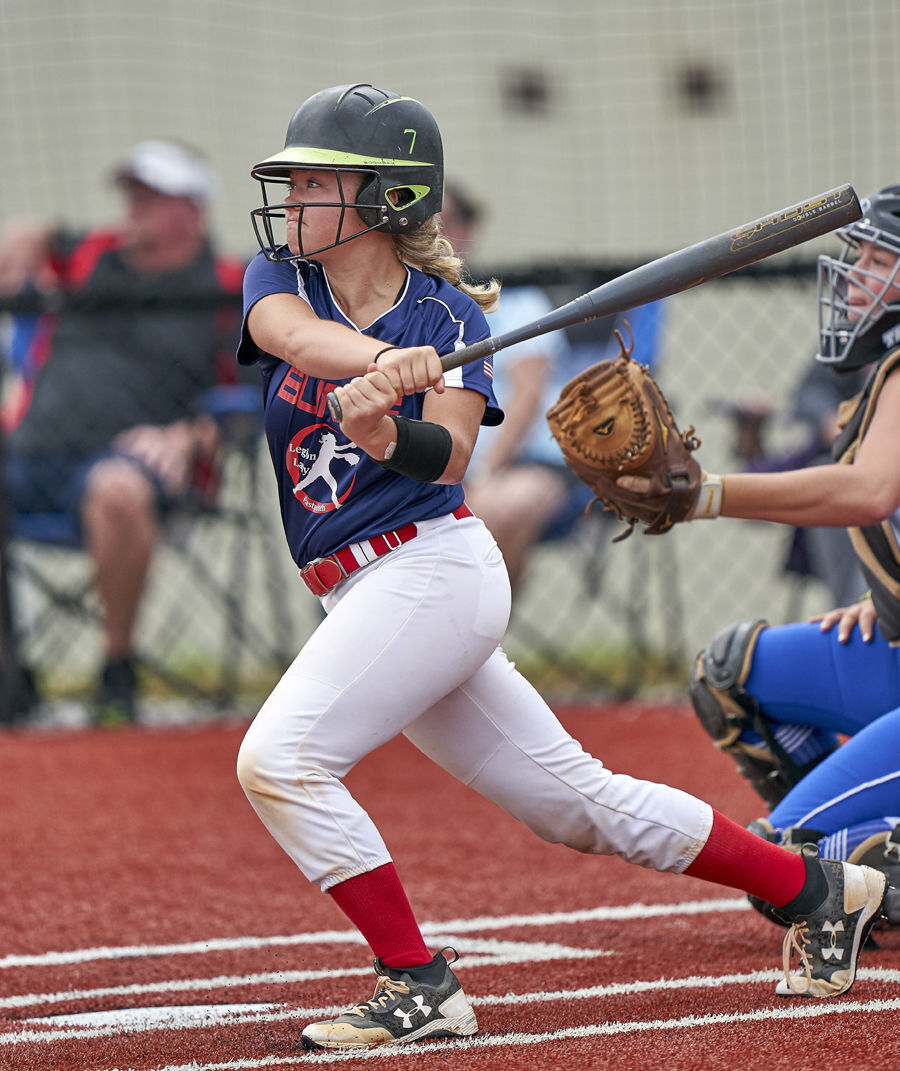 Bayleigh Gentieu, pictured here at age 11 in 2014, displays her vast trophy collection. At that time, she owned 32 state and national lifting records for her age group, another one of her athletic hobbies over the years.

Many around the area know the name Bayleigh Gentieu from her years of playing softball for Draughn High School as well as for Burke County Post 21 in the N.C. American Legion Lady Fastpitch League.

She’s been the battery mate for many area pitchers, strapping on the mask and taking her place behind the plate since she was 7 years old.

“They put me in this gear, and then a couple pitches were thrown and I just fell head over heels,” Gentieu says about catching for the first time. “I was dragging my dad out every morning and afternoon wanting to play catch.”

Softball became a fever that she couldn’t break.

“Every day at school it would be like an elephant sitting on my chest. I was only breathing with half my lungs,” she said. “Then I would lace up my cleats and step on the dirt. I could finally breathe.”

Despite her accomplishments and reputation on the diamond, Gentieu has faced challenges … some that have come to her and some that she has approached on her own, including wrestling with the boys in middle school and high school.

“After a while, I earned the guys’ respect,” Gentieu says of putting everything she had into a sport that was dominated by males. “It took me doing extra push-ups with them to push them and to make me go harder. It was me proving myself every match because I knew I wasn’t the fastest or the strongest or had the most experience with wrestling, but I had a lot of heart which I feel was more important because I never gave up. I gave my 100 percent every match, every practice.”

Gentieu has always carried that mentality in everything she does. It’s what made her a well-known name in local athletics.

What’s not so known is where she is headed from here. The pandemic took away her senior season on the diamond, one that could have very well ended with individual and team accolades, and instead made her face a disappointing possibility that she may have had her last at-bat in her softball career.

But Gentieu has bigger ideas than softball and has for a long time.

“I knew I wanted to do something in the military,” Gentieu said. “Everyone in my family has been in the military. My grandfathers fought in Korea and Vietnam. My mom was in Desert Storm. There’s just so many wonderful things that you could get if you go into the military, and I just wanted to serve my country.”

Gentieu’s original plan was to go to West Point, but a childhood diagnosis of epilepsy would not allow her to be medically cleared despite a congressional nomination from Donald Trump’s chief of staff, former N.C. congressman Mark Meadows.

However, Gentieu had a Plan B ... and C and D if needed. Plan B was The Citadel, a university that doesn’t offer softball. But they do have cross country, which she plans to make a part of her college career after she leaves home later this week.

Still, her main focus is on academics and starting a career.

“Political Science, Pre-law and Legal Studies,” Gentieu says of her planned fields of study. “I want to be a JAG officer.”

Of course, she doesn’t want to be just any JAG officer.

She knows the exact dream may change. She also remembers lessons from sports and knows if she pursues her dreams the way she did a fastball, good things will happen.

“I don’t know exactly what I’m going to do,” Gentieu said. “I just hope that, one, it’s big and two, it changes something, whether it’s just a little girl’s life or something as big as the world.”

Oh, August high school football, how do we love you? Let me count the ways.

Bayleigh Gentieu, pictured here at age 11 in 2014, displays her vast trophy collection. At that time, she owned 32 state and national lifting records for her age group, another one of her athletic hobbies over the years. 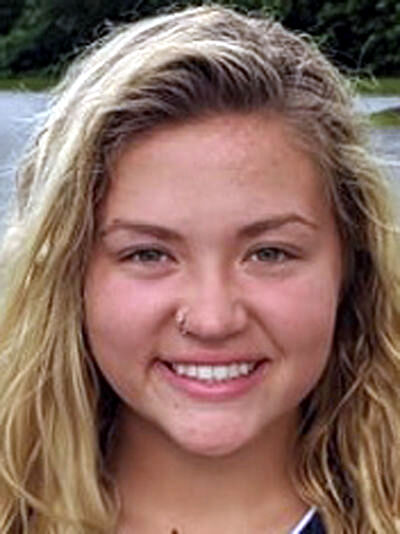