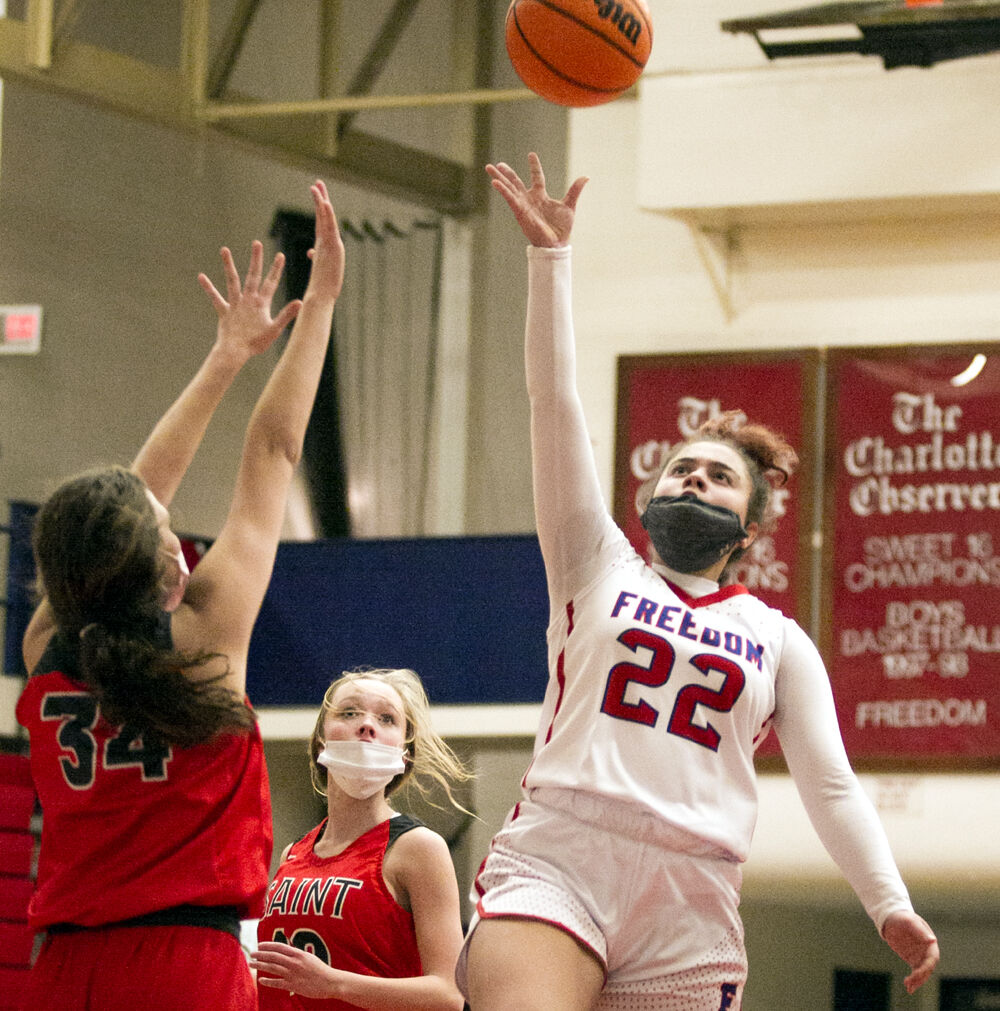 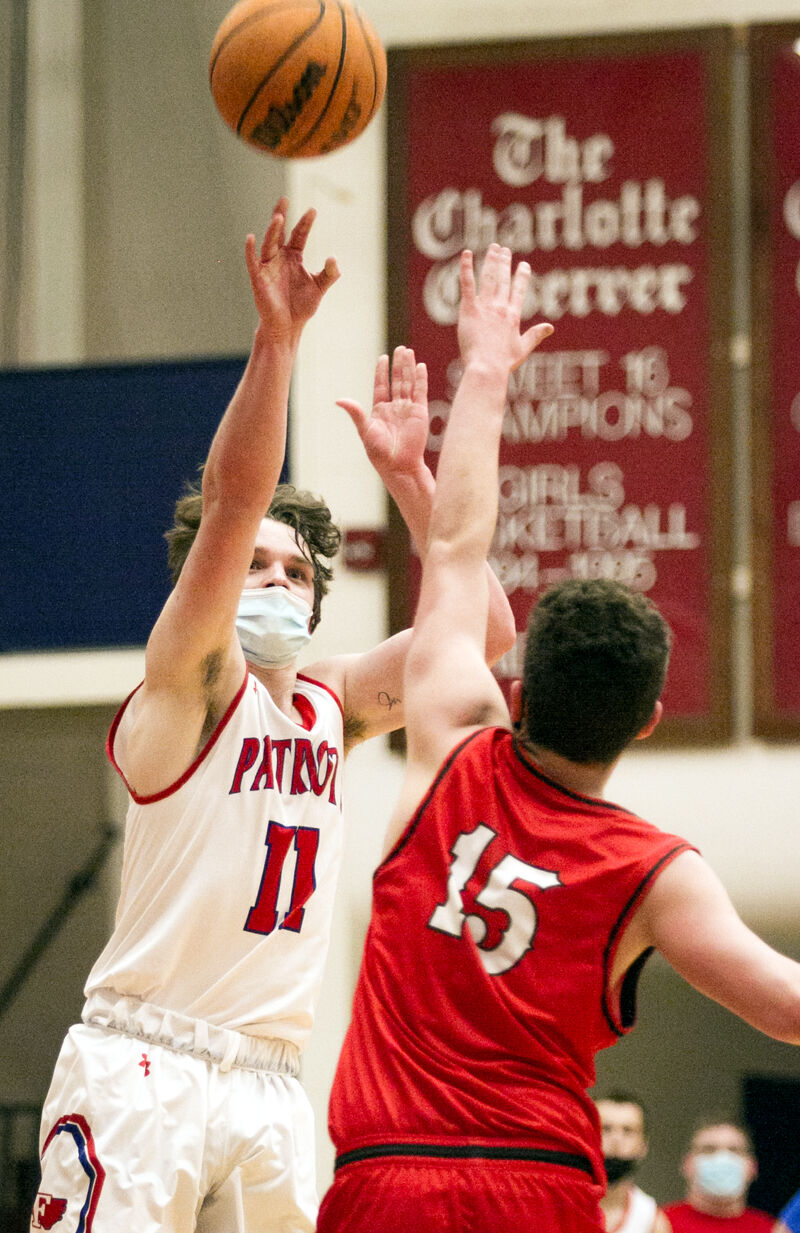 The Freedom girls basketball team dominated St. Stephens on Senior Night Wednesday, 69-38, for their largest margin of victory this season as they moved within a game of regular-season perfection at 8-0 in the Northwestern 3A/4A Conference.

Those weren’t even the most impressive figures out of the contest.

The victory wrapped the Lady Patriots’ sixth consecutive NWC regular-season title and 24th league title all-time. With it, comes a No. 1 seed and first-round home game to start next week’s NCHSAA 3A state playoffs. And it runs Freedom’s active win streaks to 37 home games, 46 regular-season games and 50 games versus league opponents.

The regular-season streak started against St. Stephens over two years ago.

“We always have to cherish things like league titles,” Freedom coach Amber Reddick said. “In a year like this when it’s just crazy and you never know what’s going to happen, we’ve really been focusing the girls on enjoying every moment. I told them it’s Senior Night, we’re playing for our sixth conference championship so just focus on every positive you can.”

Positives were in ample supply as the Lady Patriots owned the contest in every aspect. Four different FHS players had seven or more rebounds, and Freedom secured 47 team boards.

Senior Danisha Hemphill was one of those as the county’s leading scorer posted a team-high 19 points with seven boards. Adair Garrison also celebrated her last regular-season home outing in fine fashion, with a double-double, racking up 17 points and a game-high 14 rebounds.

“My mom played here, so just keeping that tradition going was important,” the App State 2021 recruit Garrison said. “The coaches coached me better than anybody else, they were looking out for my future and because of them they have really helped me out a lot with (college) exposure. But also playing under such a successful program and just being a part of that, it makes you feel special.”

Freedom led 16-1 before the Indians rallied to take a 33-22 deficit to halftime. The hosts then started off the second half with a 9-1 run and widened the gap the rest of the way.

The Lady Pats play at McDowell on Friday to end the regular season.

The Patriots (3-4, 3-3 NWC) made their way back onto the court for the first time in 11 days on Wednesday and celebrated their return with a victory thanks to the hot shooting of brothers Zaydin Pritchard (career-high 25 points) and Daylin Pritchard (16).

Freedom took an entire quarter to gain its footing. Down 13-5 with fouls racking up, Zaydin Pritchard promptly splashed four 3-pointers in a row, most from well outside the arc including a buzzer-beater to tie the game 24-24 at halftime.

Tied 38-all after three periods, Daylin Pritchard took the reins down the stretch, driving through the lane and taking the ball to the basket routinely. St. Stephens was unable to keep up, and as time wound down, was relegated to fouling. The Patriots were nearly perfect from the line closing out the game.

Freedom closes the regular season Friday at Watauga, looking for a season sweep of the Pioneers.

The JV Patriots (2-3, 1-3 NWC) made their only home appearance of the season a winning one Wednesday to start a three-game Freedom sweep on the day.

Julian Castro led Freedom with 14 points and Jackson Denton scored 13, both draining two first-half 3s. Jacob Searcy chipped in with eight points, and Cody Bollinger also made a pair of treys to account for his six points.

Some props to look at tonight between the Lightning and Islanders

Some props to look at tonight between the Lightning and Islanders

Look for the under when it comes to Giannis's points prop

Look for the under when it comes to Giannis's points prop

The Burke County Post 21 American Legion baseball team was back in action for the second night in a row late Monday, this time for its home op…

The difference for Post 21 in a 3-1 season-opening loss Sunday was Asheville’s ability to cash in some early scoring chances, while Post 21 stranded six runners over the first three innings ...

RUTHERFORDTON — The Burke Braves Junior American Legion baseball team jumped to a 3-1 lead through two innings Monday at R-S Central, but the …