VALDESE — The Draughn girls soccer team led one of the Northwestern Foothills 2A Conference frontrunners at halftime for a second straight night on Tuesday only to come up just short again in a 2-1 home loss to Hibriten.

Lady Wildcats senior Haley Lowman’s first-half penalty-kick goal made it 1-0, and that score held up until two Panthers’ tallies after halftime which decided the teams’ second-place league battle. Goalkeeper Ada Caballero had 13 saves for Draughn (4-3 NWFAC).

In a contest tied 1-1 at the half, the host Lady Cavaliers (3-4-1 NWFAC) got a hat trick from Meah Walsh in Tuesday’s triumph. East Burke’s Alia Castejon, Piper Strong and Maya Chrisco each assisted on a Walsh goal, and Bunker added an own goal to account for the final score. EB keeper Chloe Cook posted three saves.

The visiting Lady Panthers (3-5 NWFAC) fell in hard-luck fashion Tuesday as a Warriors’ mishit shot found the back of the net in the 72nd minute for the lone score of the night. Patton outshot West by a 13-1 margin in defeat.

Cierra Lail led the way for the Panthers at the plate with a home run, walk, three runs and two RBIs. Emma Grindstaff doubled and drove in a team-best three runs, Kadence Clontz added two singles and a run and Hailey Snodgrass singled and scored twice. Emily Shuping singled and walked, and Bridget Patrick scored a run.

Shuping struck out a pair and allowed one earned run on seven hits and two walks in the complete-game win.

The Lady Wildcats (5-3 NWFAC) couldn’t carry over the momentum from Monday’s key win as they were swept for the season by unbeaten Hibriten, falling in run-rule fashion at home Tuesday.

Draughn’s lone run came via a line-drive home run off the bat of senior Chloe Gary in the bottom of the fourth. Hibriten scored three runs in the first, one in the third, two in the fourth and five in the fifth off two homers.

The host Lady Cavaliers (3-5 NWFAC) plated a run in the bottom of the fourth and two more in the sixth but couldn’t quite rally from an early 4-0 hole on Tuesday.

The Lady Patriots (0-8, 0-7 Northwestern 3A/4A Conf.) late Monday allowed one run in the first, six in the second and three in the fourth in a run-rule road loss. Mallory Evitt and Kelbony Clark had a hit each for Freedom, and Mikhayla Lingafelt drew a walk to also reach base.

The Wildcats (2-3, 1-1 NWFAC) were swept Tuesday at home, winning just a game apiece in the Nos. 2, 5 and 6 singles matches via Corey Powell, Ryan Williams and Ben Zimmer, as well as a game apiece in each of the three doubles matches.

Tuesday’s scheduled Hickory at Freedom match was postponed until April 21. The Patriots (0-3, 0-1 NWC) next visit Alexander Central on Friday.

Patriots senior Albany Bock (2-under par 34) was girls medalist and her brother, freshman Alex Bock (2-over 38), was boys medalist Tuesday in a pair of nine-hole NWC dual match wins over host McDowell at Marion Lake Club, both closing in on individual league titles as FHS eyes a pair of team titles as well.

Albany Bock leads the girls race by seven strokes, and Alex Bock leads by 16 for the season on the boys side. FHS wraps up the regular season against both second-place Alexander Central squads on April 20 at Silver Creek Golf Club, with the team titles being decided that day.

The Freedom girls fired an impressive team score of 2-under par 106 Tuesday, as Anna Czarkowski shot 1-under 35 and Christina Fisher a 1-over 37. For the boys, Brent Perkins (39) was a shot behind Bock, and Lawson Biggerstaff (42) and Michael Cates (45) also contributed to the team total.

The Panthers (361) shaved 56 strokes off their opener and moved up three spots for a fourth-place team finish Tuesday in an 18-hole NWFAC match at Lenoir Golf Club. Patton’s Brady Chamberlain shot 77, Will Radford 91, Dilan Patton 96 and Hayden Stoer 97.

East Burke finished third for a second consecutive match, led by Sam Mace’s 75. Peyton Smith added an 84, Aiden Good a 92 and Eli Carico a 99. For seventh-place Draughn, Cole St. Louis (99) was the lone golfer to break 100.

The NWFAC was at Silver Creek late Wednesday and visits River Oaks on April 21.

The 2021 NFL draft was one to remember for area football players, as Maiden High graduate Caleb Farley was selected by the Tennessee Titans in the first round, former Hickory High and South Caldwell High standout Landon Dickerson was taken by the Philadelphia Eagles in the second round and East Lincoln High alumnus Chazz Surratt was drafted by the Minnesota Vikings in the third round.

CLEVELAND — BJ Emmons didn’t hear his name called in this weekend’s NFL Draft, but that doesn’t mean the running back isn’t bound for the league.

“It was a once-in-a-lifetime feeling,” Cynthia Martin said after her son, BJ Emmons, realized his NFL dreams Saturday night. “He will be living his dream. This is what he’s always wanted to do since little league. I was very excited.”

Patton senior Peyton Smith posted a solid day on the mound as well as at the plate and had plenty of help Thursday in a 10-0, six-inning home … 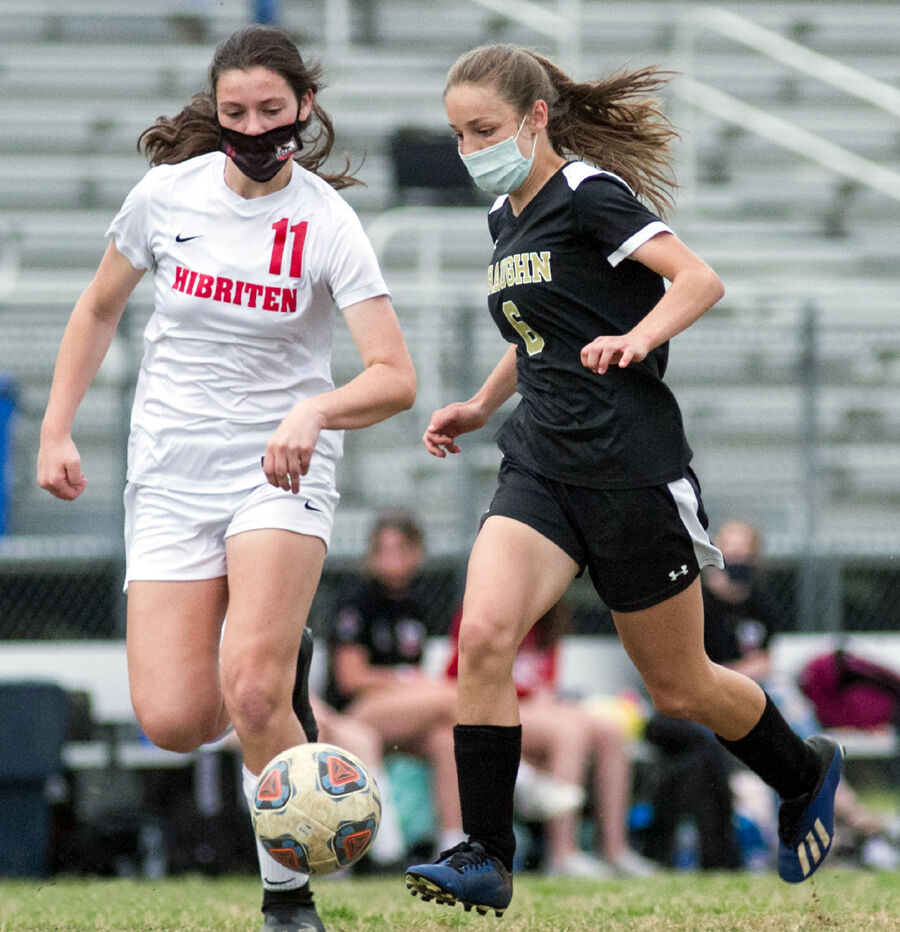 Draughn’s Ambria Blalock, right, drives toward the goal with a Hibriten defender closing in during Tuesday’s game in Valdese. 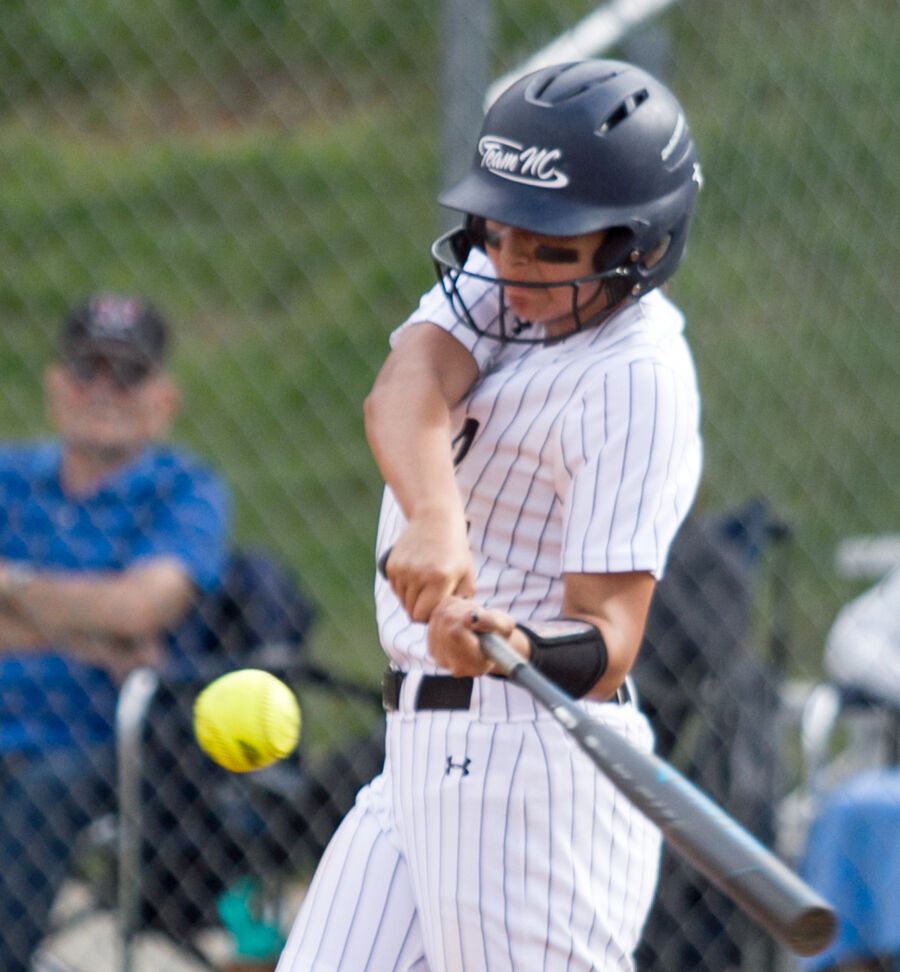 Draughn's Chloe Gary swings at a pitch in Tuesday's home game versus Hibriten. 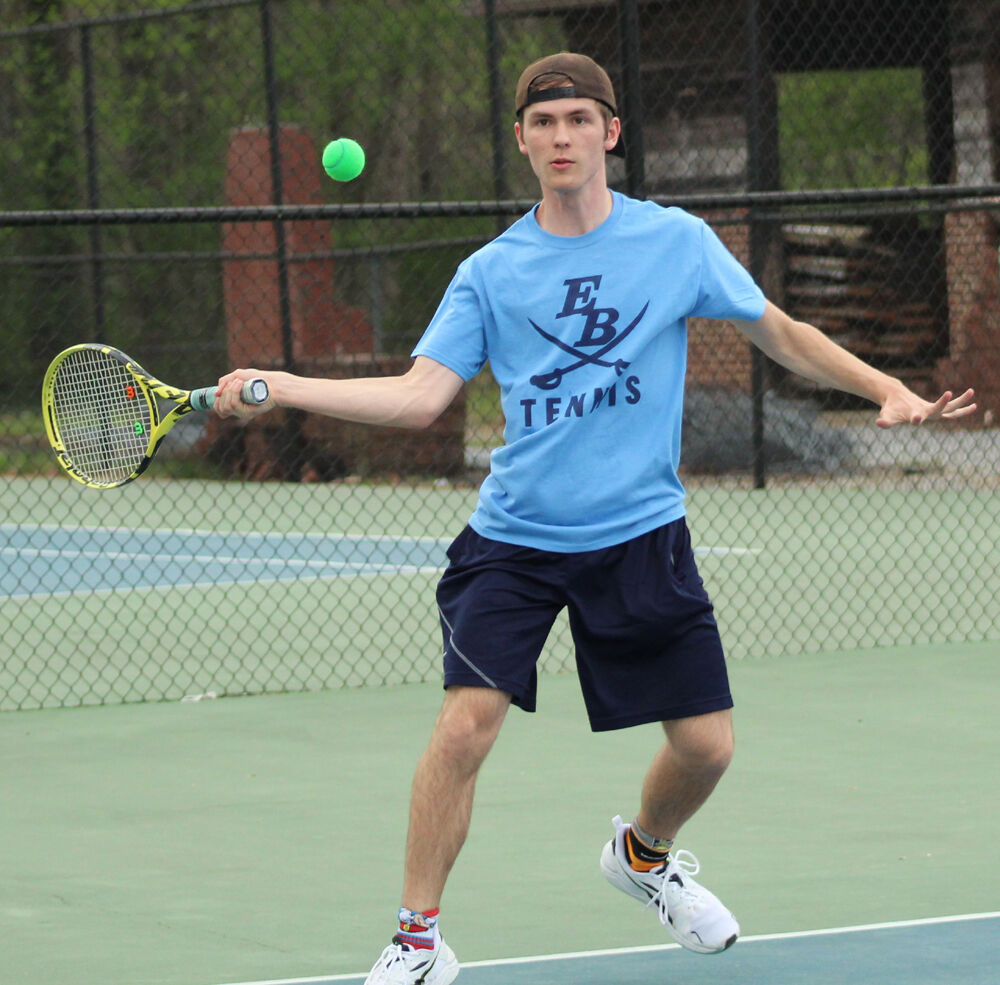 East Burke's Thomas Wentz returns a volley in his No. 1 singles triumph Tuesday in Icard.