VALDESE — Going into Thursday night’s in-county volleyball match, both the Lady Wildcats of Draughn (0-2) and Patton’s Lady Panthers (1-1) were looking to rectify losses in their season openers two nights before and get back to even in crucial Northwestern Foothills 2A Conference play.

Visiting Patton was able to do just that, taking three straight sets and handing the Lady Wildcats their second straight loss to start the season, 25-18, 25-13, 25-17.

PHS’ Kenady Roper set the tone early with a kill on the first point, starting the game off with a bang for the Lady Panthers.

Patton (1-1 NWFAC) continued to exhibit its power at the net throughout the set, but the Wildcats (0-2 NWFAC) led early at 3-2 and 4-3 and managed to keep the set close with their tough defense.

The second set proved to be a back-and-forth affair to start. Lady Wildcat libero Chloe Gary did her part to spoil Patton’s great serves, giving Draughn’s front line of Bailey Bryant, Sara Walker and Haygen Sigmon the opportunity to rack up points at the net. The Lady Panthers countered with tough defense on the other side by Izora Gragg and Danielle Wojcik, which eventually translated into points as the Lady Panthers found themselves ahead comfortably, 19-7. An Ella Gragg kill finished off the set.

The final set proved to be more of the same with Patton attacking the net and Draughn trying to dig its way out. In the end, the Lady Panther front line held a tough Draughn defense at bay. A block at the net by Gragg — the reigning conference player of the year — which the Lady Wildcats were not able to return decided the game.

The Lady Wildcats picked up a three-set win in the JV match to start the year at 2-0.

Draughn visits Bunker Hill on Monday while the Lady Panthers look to start a winning streak at home against another county foe, East Burke.

The Lady Cavaliers bounced back in a big way from a first-set loss thanks to thanks to some key contributions at the service line in Friday’s delayed season opener at home, winning 20-25, 25-12, 25-7, 25-11.

Serves by Icard and Abernathy, along with two Aubree Grigg blocks, helped EB build an 8-4 lead early in the second set, and the hosts would never fall behind again in any set to the Lady Warriors.

The Patriot boys and girls squads both placed second behind St. Stephens on Thursday in a dual meet held at Riverbend Park in Claremont.

They say racing is a family sport, and that’s certainly true for Morganton’s Buchanan family.

It’s been no secret, but now it’s official.

On one of the biggest days of her golf career so far, Albany Bock came back to what she calls her second home.

The Patton volleyball team still hasn’t batted an eye since an opening-night setback.

ASHEVILLE — Asheville isn’t exactly Maui, but it’ll have the same quality of early-season college basketball when the COVID-19-relocated Campi…

This time, it was all Patton. 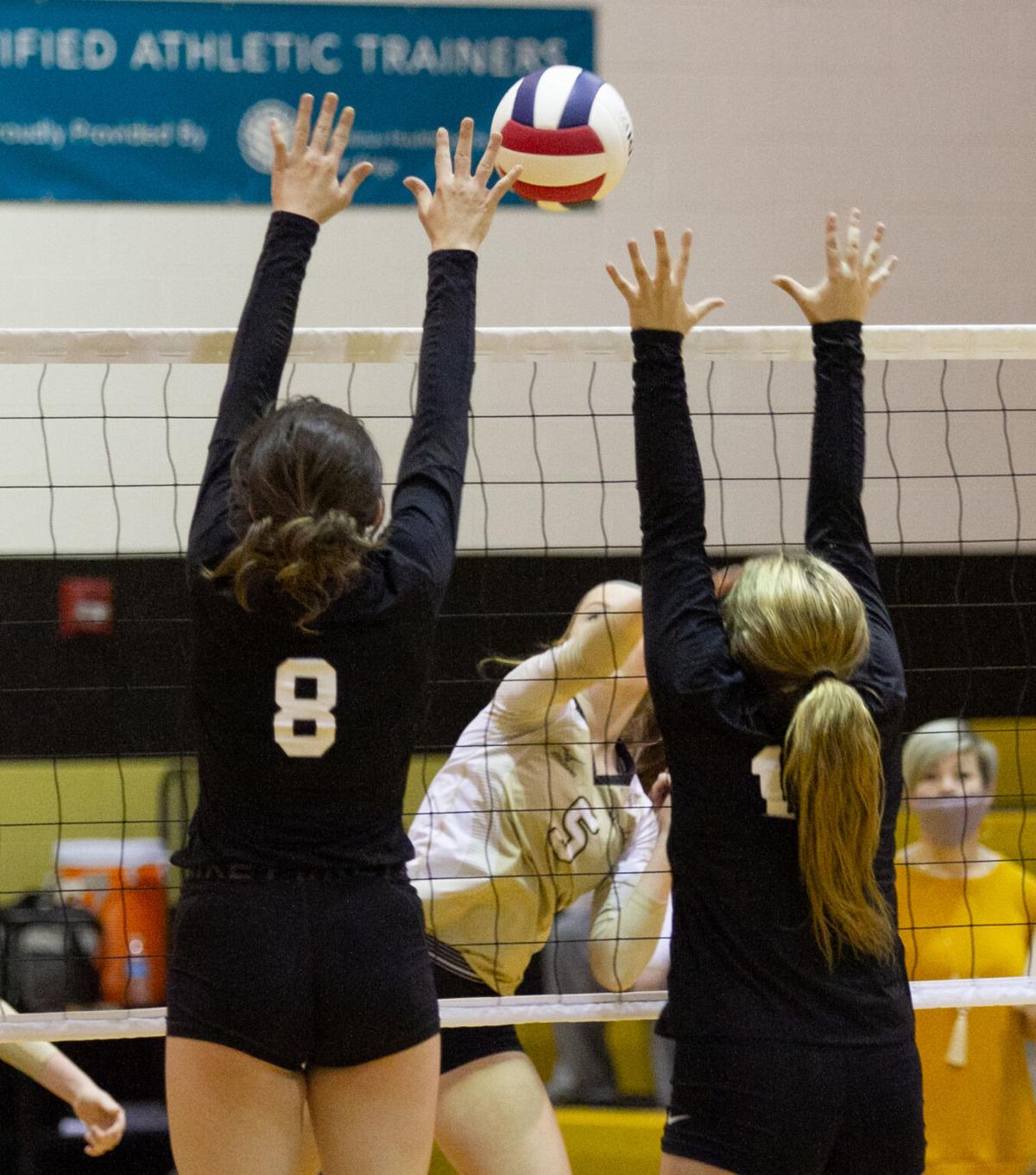 Draughn's Christon Carswell (center) spikes the ball as Patton defenders Lainey Poteet (left) and Cameron Greene meet her at the net on Thursday in Valdese. 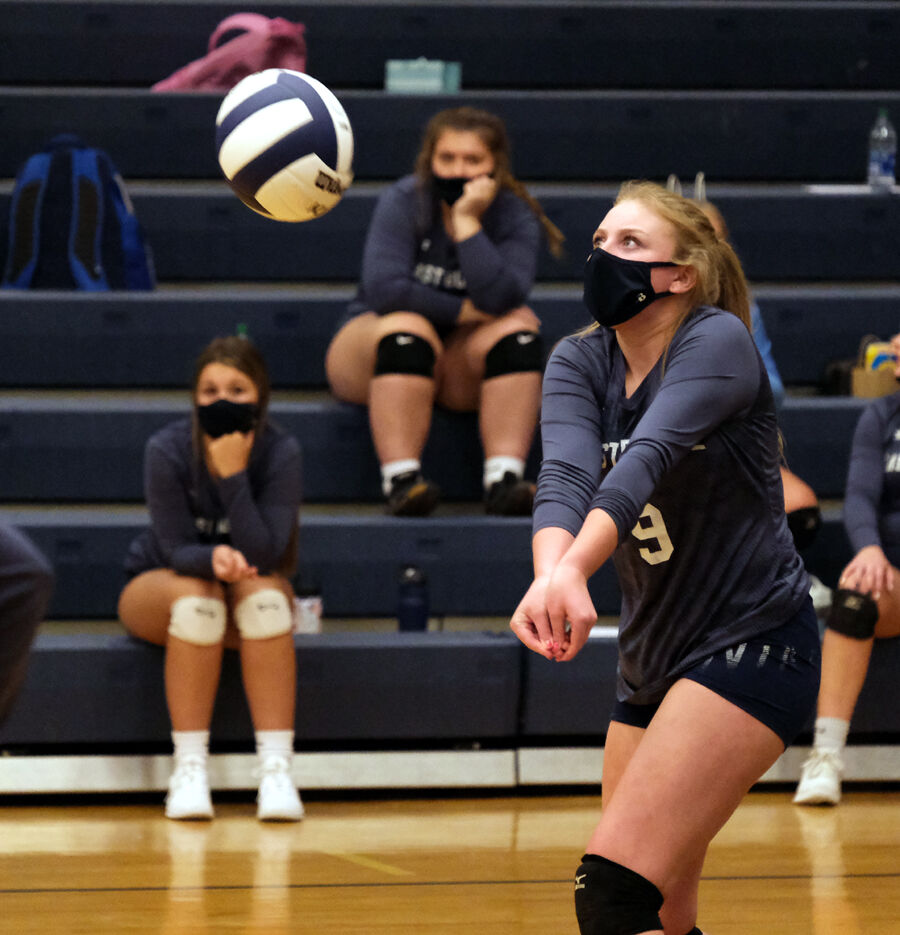 East Burke senior Erin Newton looks to pass to a teammate during the Lady Cavaliers' season opener versus West Caldwell on Friday night in Icard.