It took the Freedom boys basketball team nearly a full quarter to get the lead, but the Patriots kept their advantage for good after that.

FHS surrendered just five points to Hibriten from the middle of the first quarter through the midpoint of the third frame, earning a 65-45 win in its Northwestern 3A/4A Conference opener at home late Wednesday.

Trailing 14-8 in the first despite 3-pointers from Zion Thomas and Trey Ledford earlier in the period, a pair of second-chance baskets from Philly Harris and Dyson Dellinger put the Patriots (9-4, 1-0 NWC) on the verge of taking the lead.

Then, with time about to expire in the frame, Drew Costello grabbed a loose ball off his own block, and heaved up a 3 from the midcourt logo that splashed home and gave Freedom its permanent lead as the defense settled in, stonewalling the Panthers’ offense and turning Hibriten miscues into points on the other end in droves.

“I was in help (defense), came over and got a block, went down the court and shot it and got a clutch 3,” Costello said. “It gave us a lot of momentum going into the second quarter. It gave us a little boost. I think (the win) gives us a lot of confidence going into (the rest of the conference schedule).”

Freedom coach Clint Zimmerman said he thought the Patriots’ march toward the victory actually started on the defensive side a little bit before the aforementioned big plays.

Costello led the game with 16 points, adding 10 rebounds for a double-double and four steals.

Joining Costello in double digits were Harris (14 points) and freshman Amore Connelly (12), who both added to the FHS highlight reel with some explosive dunks.

The Patriots’ next task in the NWC comes tonight at South Caldwell, another of the teams expected to be in the mix for the league crown.

The Spartans are 8-3 going into the contest and, like Freedom, won their league-opener at Watauga on Tuesday, 63-46. Against common opponents so far this winter, the results have been similar as South swept West Caldwell and beat Draughn and got swept by Hickory.

FHS beat the Warriors and Wildcats once apiece and lost in its trip to face the Red Tornadoes.

“Everybody’s goal is to win a conference championship, but we’ve got to make sure that we just take care of (each day) in practice,” Zimmerman said. “That’s it. My only goal is for us to get better every day.”

ICARD— After snapping a long skid, the East Burke boys basketball couldn’t make it two in a row.

LINCOLNTON — The East Burke wrestling team picked up one win at a Lincolnton-hosted quad-meet late Tuesday. 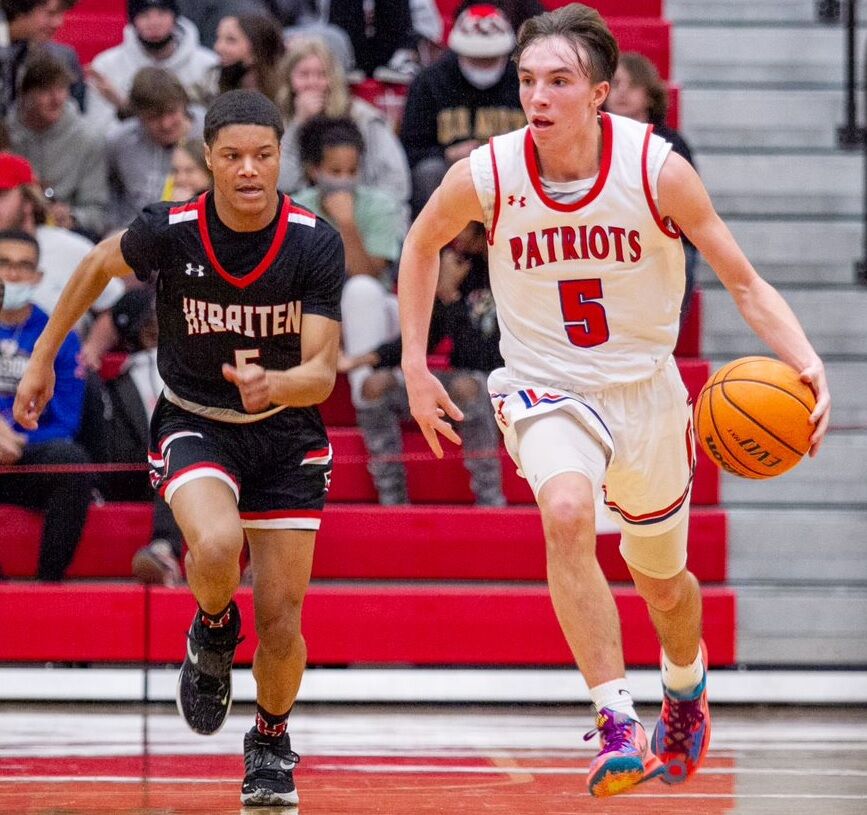 Freedom’s Drew Costello brings the ball up the court during Wednesday’s boys basketball game at home versus Hibriten. 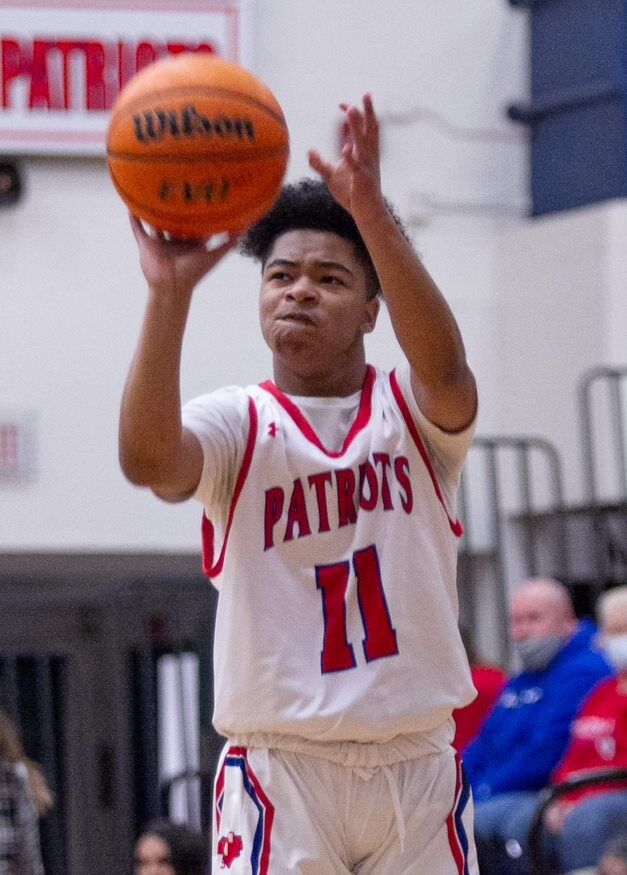