“I was proud of our effort, and we got a bit of revenge on teams (that beat us in pool play),” said second-year Patriots coach Justin Hawn. “It definitely prepares us for running our stuff, not just 7 on 7 offenses and defenses.”

The Patriots started the afternoon tournament portion of the event with a 25-10 win over North Gaston with Jaiden Belin and Tay Dula on the receiving end of touchdown passes from Jaylen Barnett. Barnett and Mikey Cowing grabbed interceptions in the first-round matchup.

Freedom advanced to play Burns, winning a close semifinal battle 13-11 as BG Hampton had a catch and run score from Barnett. The Patriots and the Bulldogs each had defensive stops, and a late Burns interception was reversed on a holding call.

Freedom and Newton traded turnovers as a Red Devil touchdown pushed the margin to 10-5. The Patriots made key stops to start the comeback until a Hampton reception fell yards short of the goal line as time expired.

The Wildcats matched up with the Huskies in the quarterfinal round and started with the early lead as an Eli Tillery to Zack Pinkerton pass to the 1-yard line set up a scoring pass to Beckett Nelson.

Pinkerton caught Draughn’s other touchdown pass as rising sophomore running back Nigel Dula also got a couple of key receptions. A late Huss touchdown pass tied the score, and a game-sealing interception gave the Huskies the first-round win.

“We made some mistakes on both sides of the ball (in the last minutes). Today wasn’t about the wins and losses but getting the work in. I’m happy with our guys’ effort and continuing to improve.”

CHAPEL HILL — The Patton and Draughn volleyball teams both earned No. 18 seeds in the NCHSAA playoffs, which start with first-round action on …

VALDESE — Back in the postseason for a second consecutive time after a fourth-straight winning regular season, the host Draughn girls tennis t…

Draughn girls tennis earns No. 5 seed in 1A dual-team playoffs

The Draughn girls tennis team was awarded the No. 5 West seed in the 1A dual-team state playoffs as the NCHSAA released postseason brackets on… 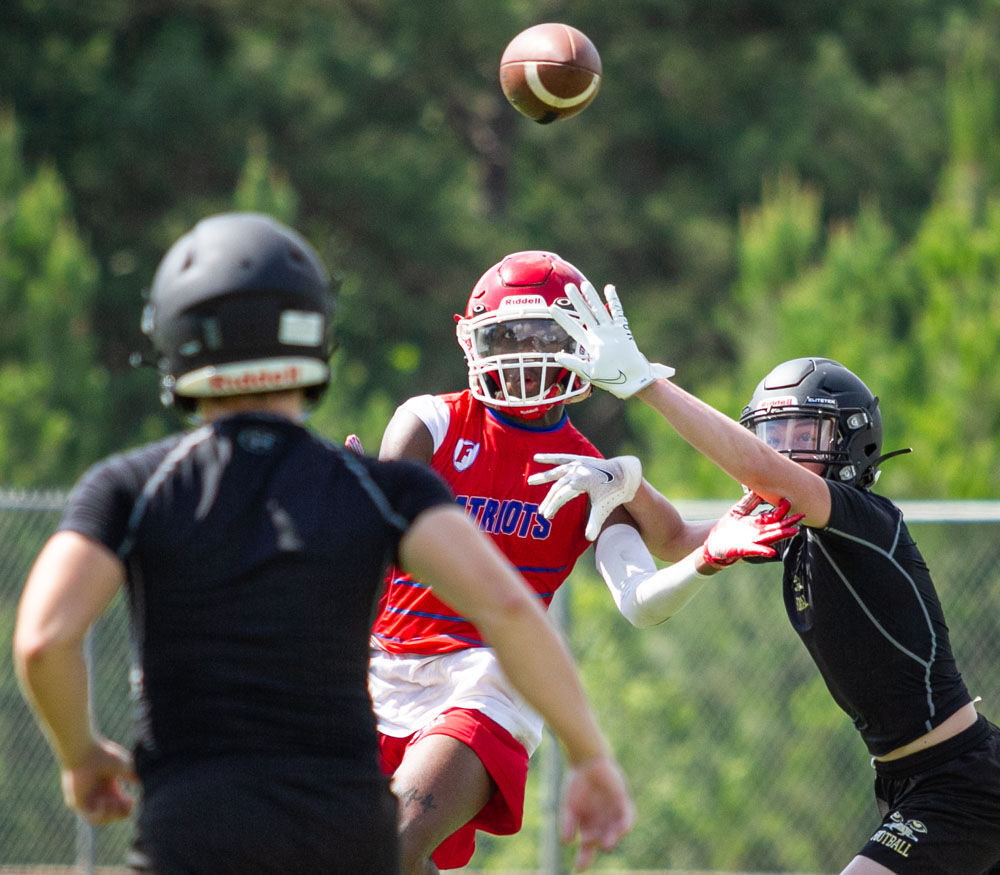 Draughn defenders look to make a play on a Freedom pass attempt in the teams’ pool-play matchup at DHS’ 7-on-7 football tournament Saturday morning in Valdese. 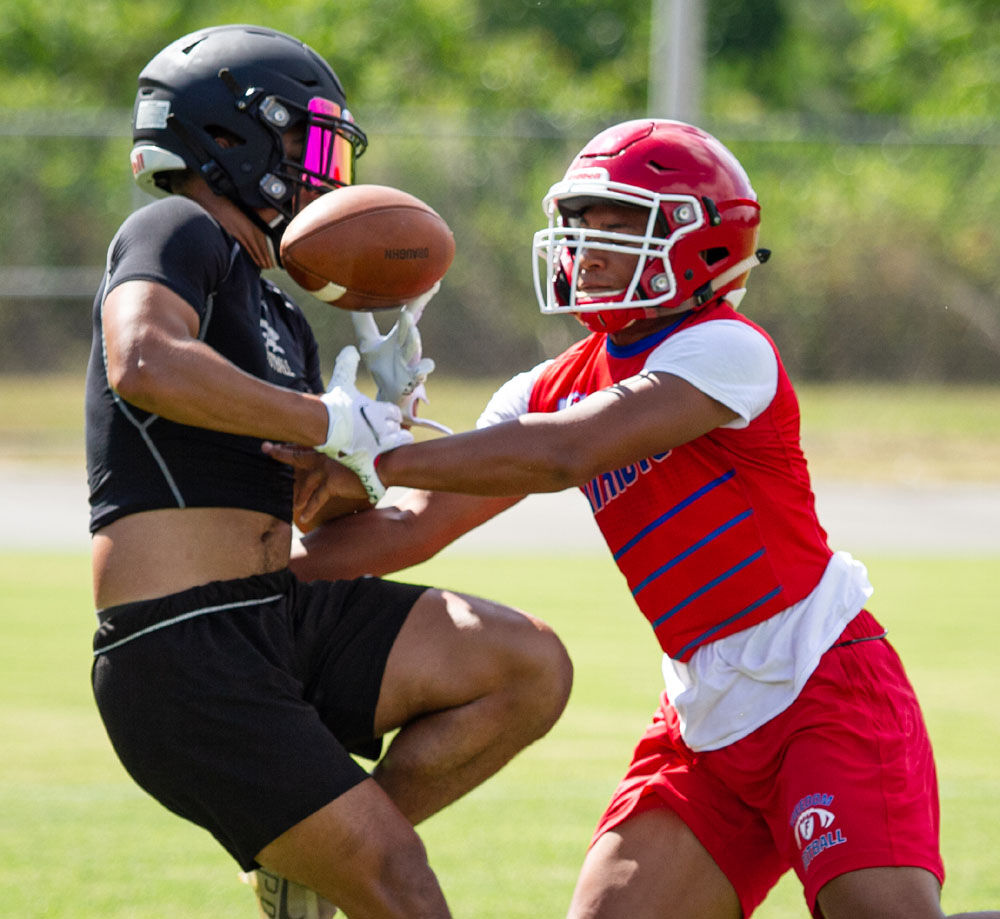 A Freedom defender breaks up a Draughn pass during the teams' pool-play matchup Saturday in Valdese.