Byrd’s height in the pole vault was good enough to win the event by nearly 4 feet, and it re-established his own county record from earlier this spring (14’6”), which was already 2¾ inches clear of the county record that had stood for 16 years entering this season.

The height is also believed to be among the top all-time for freshmen in the state of North Carolina.

Rooks’ distance in the discus was a whopping 36 feet, 5 inches clear of his nearest competition on Wednesday.

Also for the Cavaliers, senior Luke Elliott added a first-place finish in the 800 meters (2:13.90). Byrd added to a stellar afternoon by finishing runner-up in the 110 hurdles and high jump.

The Panthers were also aided by a second-place finish in the 4x400 relay and third-place finishes from Austin McGuire (400 meters), Jackston Brown (300 hurdles) and Destin Joseph (long jump).

The Draughn boys placed sixth (40) and were led by runner-up finishes from Reed Farrar (3200 run), who was clipped by .18 seconds at the wire, and the 4x800 relay team along with a third-place finish by Andrew Albright in the 800.

On the girls side, EB finished in fourth place (83) off wins from Taylor Bostain (discus 79’4”) and the 4x800 relay team. Bostain added a runner-up finish in the shot put, as did Hannah Parker in the 300 hurdles.

EBHS will host the NCHSAA 2A Western Regional Championship meet on June 18.

The NWFAC tennis tournament was held Tuesday and Wednesday at Foard, and six county players earned their way into the NCHSAA 1A/2A West Regional at Gardner-Webb next weekend.

Draughn’s doubles duo of Katie Cozort/Haley Lowman advanced the farthest, winning on day one to reach the semifinals then winning again to open day two before falling in the title match vs. Hibriten’s Cassey Vaught/Kennedi Harper (set scores not available).

In singles, Patton’s Nikita McClure and Christina Skelly took third- and fourth-place finishes to continue their seasons. McClure won 8-0 in her opener before a 6-1, 6-0 second-round win later Tuesday, while Skelly won by scores of 8-0 and 6-1, 6-1. (PHS day two results were not available.)

The host Patriots (3-11, 3-9 Northwestern 3A/4A Conf.) lost Wednesday in their finale, which was pushed forward a day with rain in Thursday’s forecast. No more details were available.

NBA Finals: What is the best result for the books?

VALDESE — It took four hours and two venues to make it happen, but the Draughn baseball team put together its biggest win of the season.

VALDESE — After an early elbow injury, pitching ace Peyton Smith couldn’t contribute the way he wanted to for most of the season for the Patto…

The N.C. Softball Coaches Association recently announced its all-district teams, and five Burke County players were named to the All-District …

HICKORY — Daniel Stevenson put in a full seven innings in the best start of his prep career on Monday night at St. Stephens, leading his Freed…

Draughn baseball seniors Marshall Byrd and Gabe Strickland are The News Herald’s Farm Bureau co-athletes of the week for May 31 to June 5.

Coming off its winningest season in nine years and having increased its win total in each of coach Brent Rowe’s three seasons, the summer of 2…

The Patton baseball team handed Foard its first loss of the season, 8-4, and stayed in the race for the Northwestern Foothills 2A Conference’s… 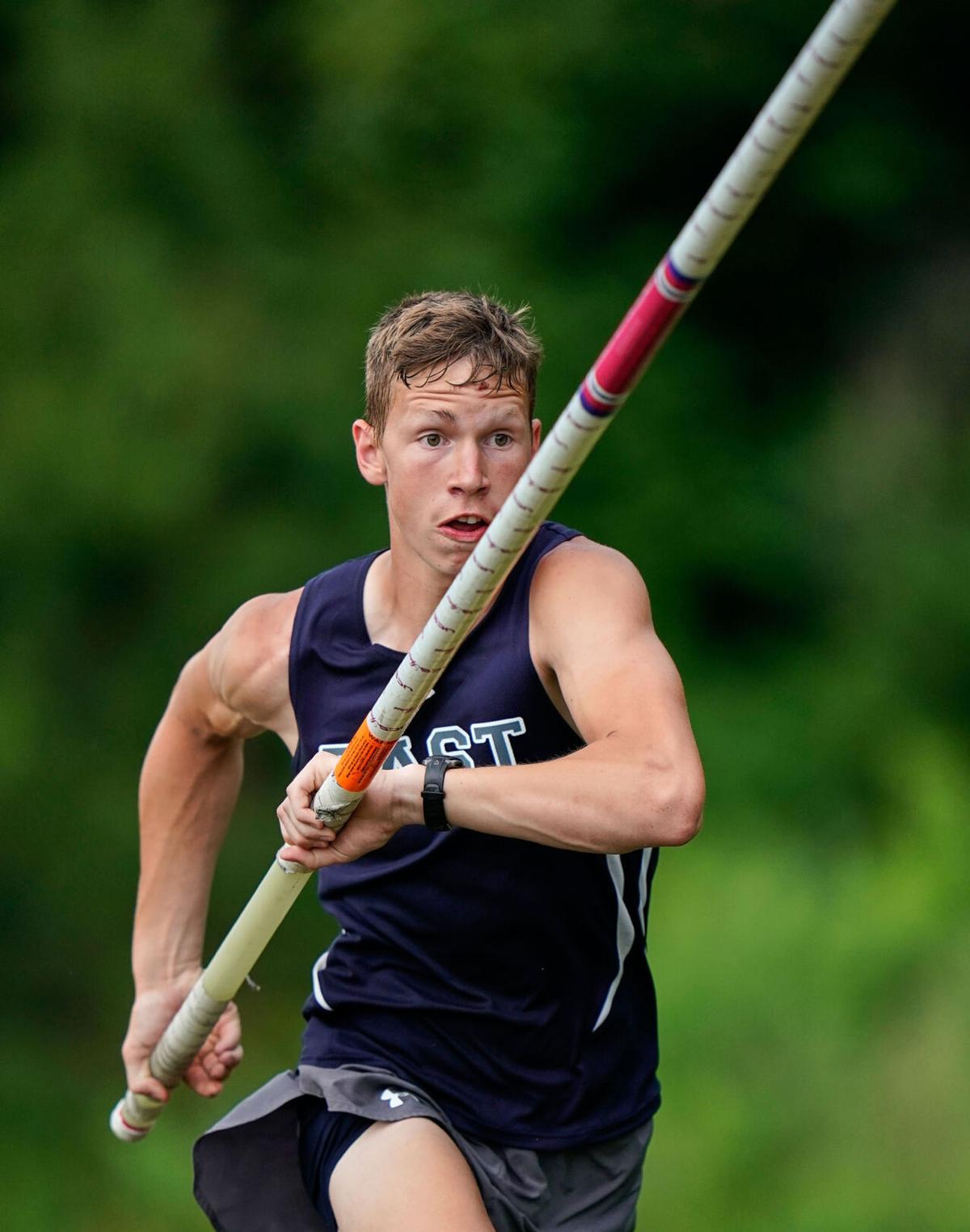 East Burke freshman KJ Byrd makes his approach in the boys pole vault event Wednesday at the NWFAC 2A track championship meet in Claremont. Byrd re-established his own county record in claiming the event and also won the triple jump while placing second in both the high jump and 110-meter hurdles. 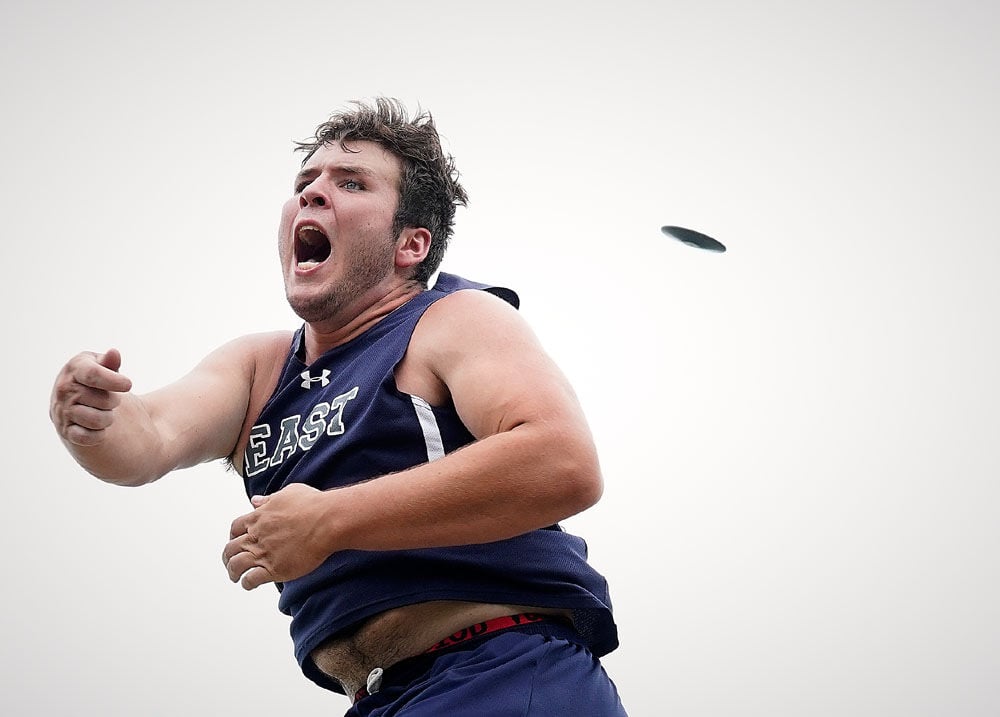 East Burke senior Noah Rooks attempts his final throw in the boys discus event Wednesday. At 153 feet, 3 inches, Rooks won the event by more than 36 feet over his nearest competitor. 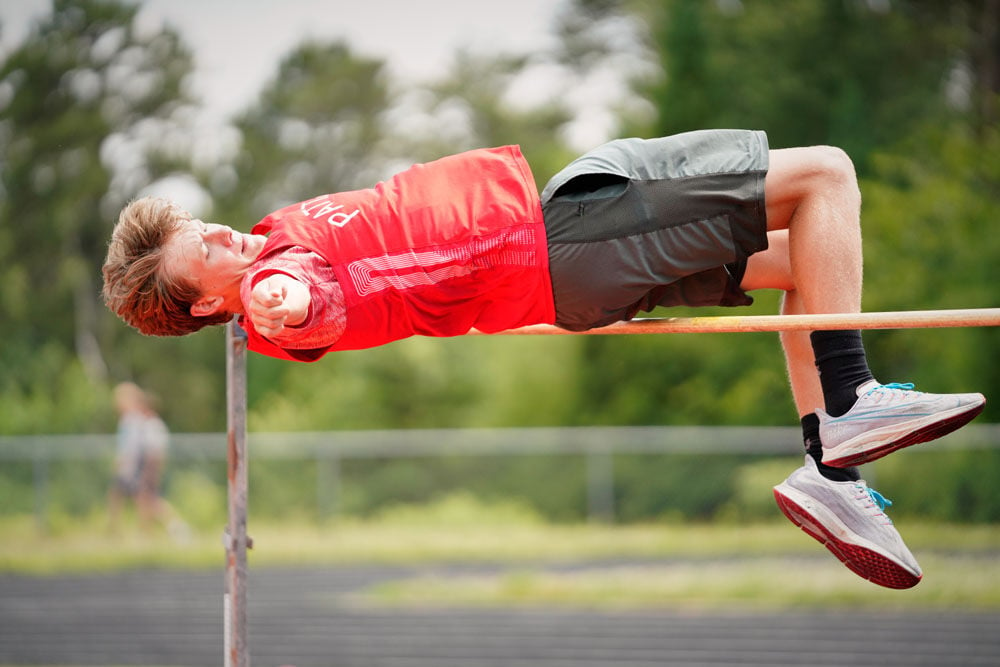 Patton’s Connor Rudisill won the boys high jump event on Wednesday at the NWFAC 2A track championship meet in Claremont. 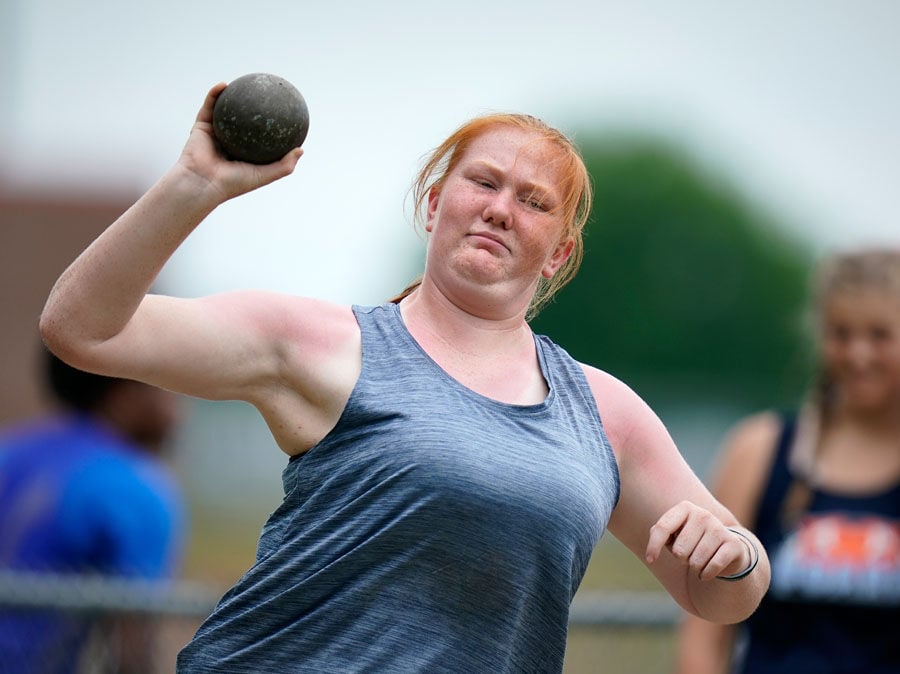