VALDESE — With its lead down to one point, the Draughn girls basketball team outscored visiting Hibriten 8-2 in the final 2 minutes to capture a 70-63 opening-night triumph in Northwestern Foothills 2A Conference play Wednesday night.

Draughn (1-0) was pushed the whole way but led at the end of each quarter, including 15-13 after one and 34-27 at halftime. The Lady Panthers clawed back to trail just 49-48 with 8 minutes to go, and the score was 62-61 in favor of the Lady Wildcats with 2:02 to play until the hosts late run led to the seven-point victory.

It was Draughn’s third straight win in the teams’ head-to-head series and fifth in the last six meetings.

“We played well together as a team,” said Draughn fourth-year coach Liz Taylor. “We had to fight through some adversity and maintained our composure down the stretch. Hibriten was much improved; they played well.”

Wildcats sophomore guard Ella Abernathy led all scorers with 19 points, draining 8 of 9 second-half free throws including a 4-for-4 mark in the fourth quarter.

Post player Shea Owens added 17 points (11 in second half), and wing Haley Lowman made it three players in double figures as she finished with 14 and made a team-best two 3-pointers.

The preseason pick to win the NWFAC showed why on Wednesday, as the Panthers outscored the host Wildcats 23-12 and 20-8 in the middle two periods to blow open a close contest and win going away.

All of Schutt’s eight came in the first period (including two of the team’s three total made 3-pointers in the game) as the Wildcats hung tough, leading 6-2 early on and trailing just 13-11 after the opening 8 minutes.

“First quarter we looked pretty good,” said Draughn coach Yates Jensen. “We got in some foul trouble which affected our rotations, and things kind of disintegrated.”

Draughn started one freshman and two sophomores, and all five players made their starting debuts at the varsity level.

In a game filled with scoring runs, junior guard Stevee McGee made sure the Freedom girls basketball team would enjoy the last and most decisi…

NEWTON — The third time this season did provide a charm of sorts for the Patton volleyball team Saturday at Foard, though ultimately it wasn’t…

BURNSVILLE — A halftime lead for the Freedom boys basketball team became a 15-point deficit, which in turn led to a big road rally and a go-ah…

Lady Patriots hold on to win at South Caldwell, 46-38

NEWTON — The Draughn girls basketball team is already off to a hot start after finishing off Foard on the road Monday night, 74-63. 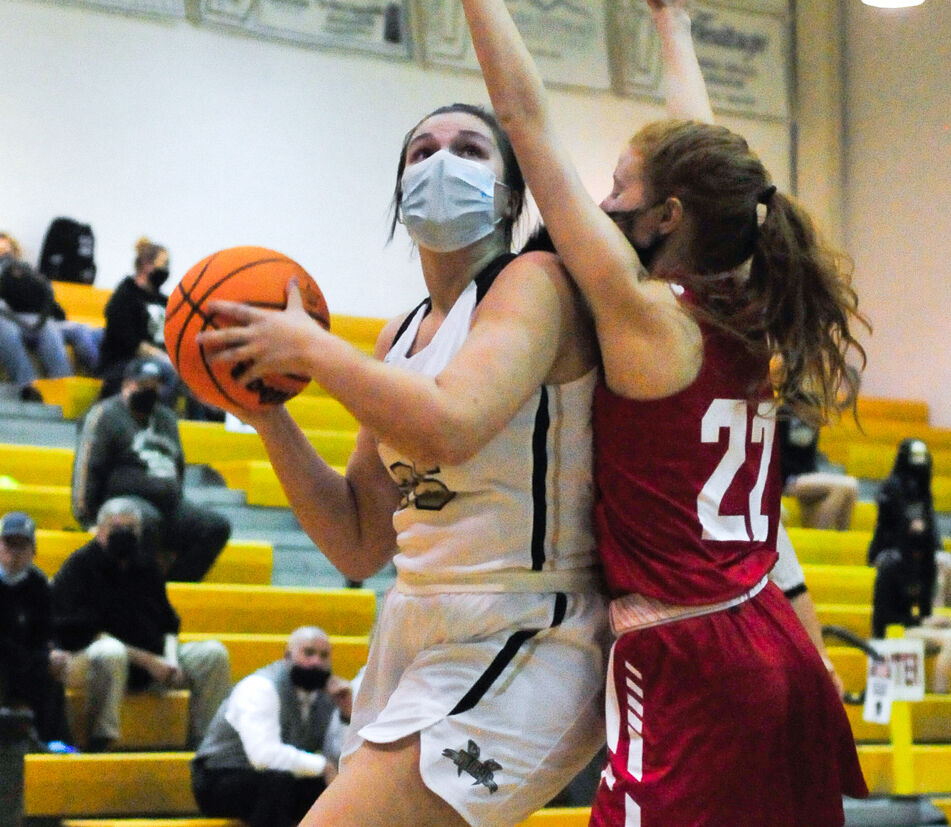 Draughn's Shea Owens (left) looks up to the basket against Hibriten on Wednesday in Valdese. Owens scored 17 points as the Lady Wildcats won their season opener, 70-63. 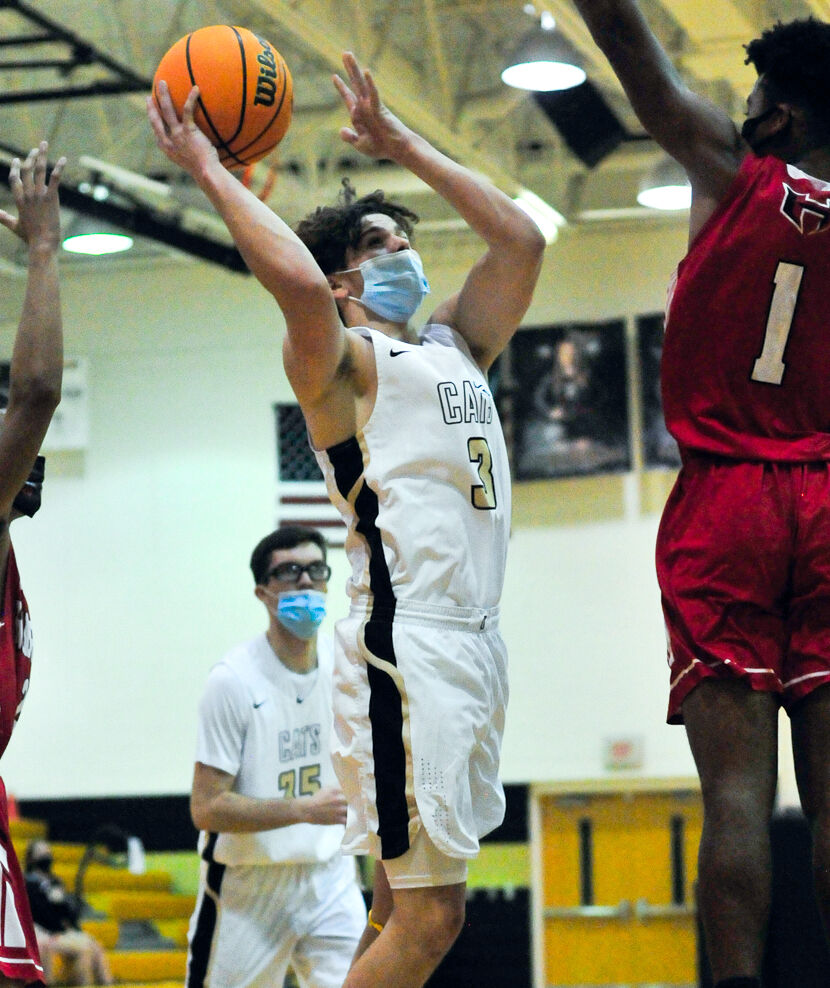 Draughn's Brayden Schutt (3) drives into the paint against Hibriten on Wednesday night in Valdese.