“We still have a lot to work on,” TR fifth-year coach Chip Lewis said, “but it was a great team win with contributions from every player.”

Liberty hosts Heritage today while TR is idle until playing at Heritage on Monday.

It was all Falcons in the opening contest Tuesday as well, as the Table Rock girls also opened with a dominant road victory over Liberty.

The Lady Falcons were led in victory by Hayden Gladden’s 14 points and Peyton Caldwell’s 13.

M.S. BASKETBALL ROUNDUP: Both Table Rock teams get to 2-0

VALDESE — Storming back from seven points down in the fourth quarter, the Heritage Middle boys basketball team was able to pull out a 36-32 Fo… 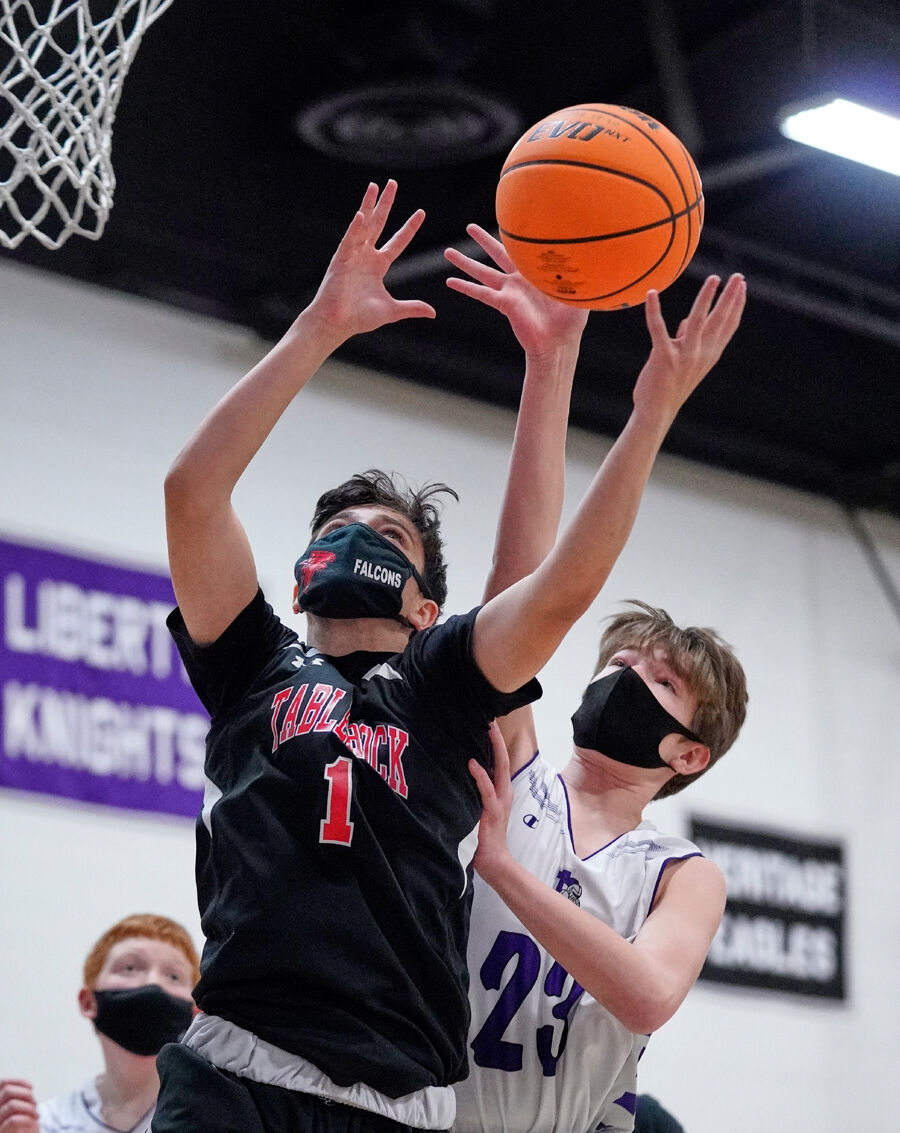 Table Rock's Gabe Ferguson (1) and Liberty's Zach Costello (23) vie for a rebound on Tuesday as the rivals opened the 2021 season. 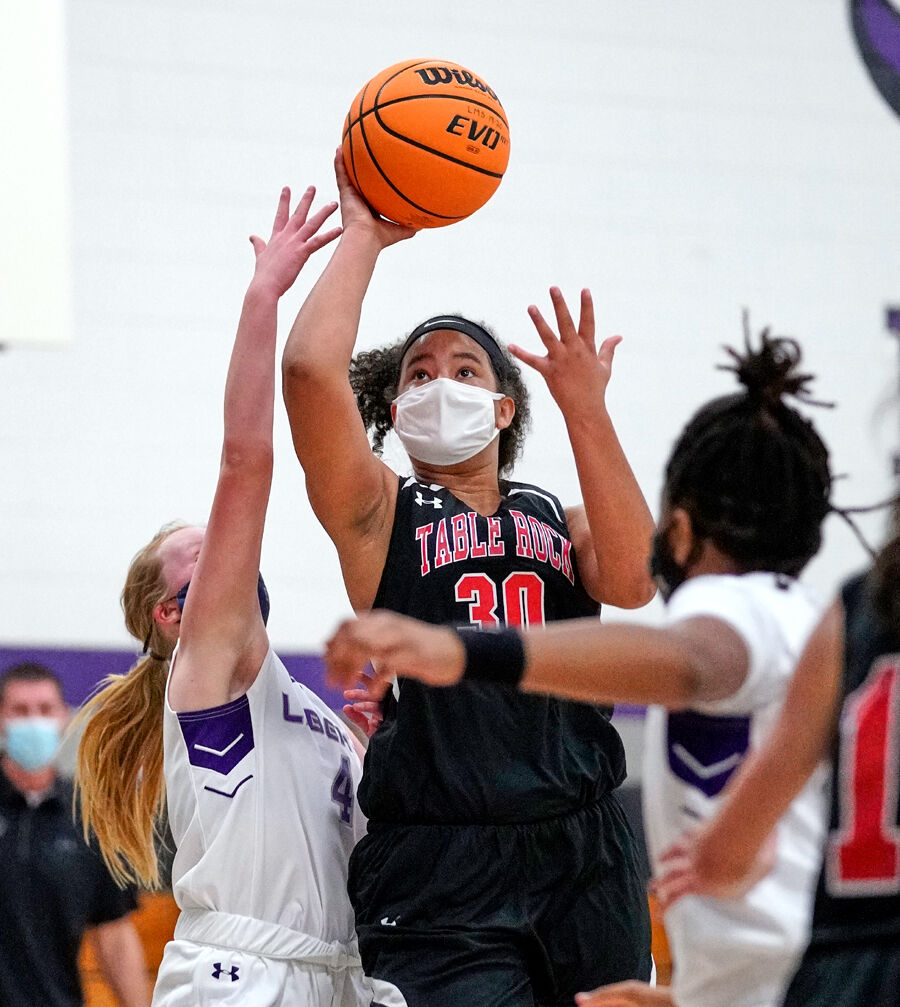