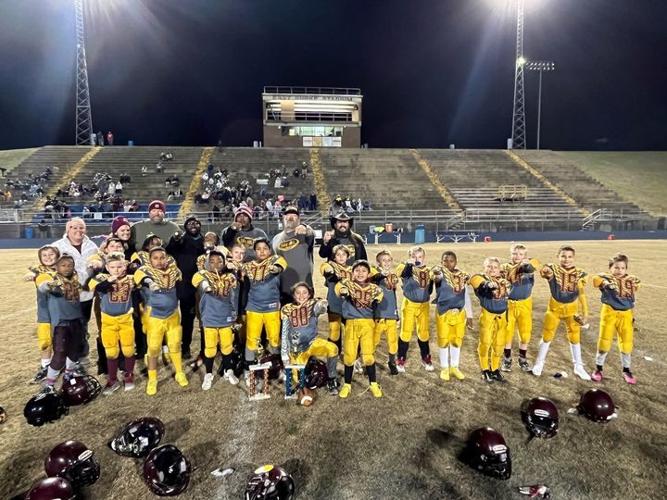 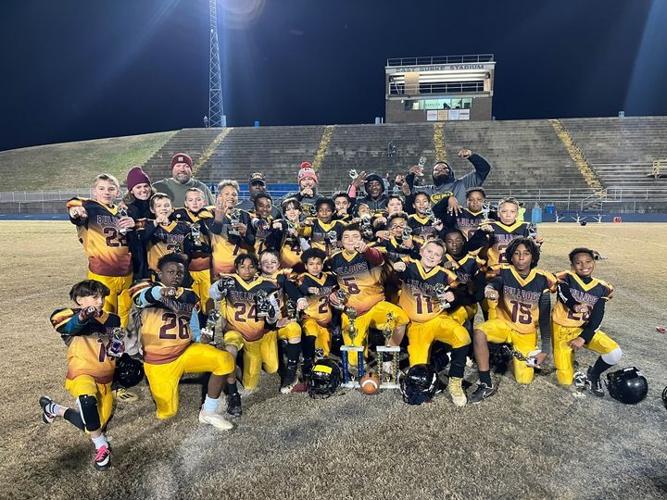 Oak Hill took both matchups, 16-6 and 12-6 respectively, with the nightcap played in overtime.

Alphanso Wright (4 yards) and Joe Berry (1 yard) each scored a touchdown run for the 8-9 Bulldogs squad.

Shawn Hardin and Copeland Johnson led the Bulldogs’ defense, each recovering a fumble.

The final 10-12 game was a defensive battle in the first half, culminating with a scoreless tie as Oak Hill’s Logan Keller and King Pearson and Salem’s Hayden Snipes and Gunner King made tackles for losses.

The Tigers cracked the scoreboard first off a third-quarter run by King for a 6-0 lead.

Oak Hill got on the board as Jordan Debro converted on a fourth-and-long play.

Salem went first on offense in overtime, failing to score in four plays.

Oak Hill only needed two plays as Debro scored the winning touchdown off a 10-yard run.

Jason Baker can be reached at sports@morganton.com.

ICARD — The East Burke pee wee football team finished its 2022 season with a undefeated mark of 9-0 and some hardware.

The No. 2 seed Table Rock girls soccer team rallied from an early deficit to knock off visiting No. 3 Walter Johnson 2-1 in the Foothills Athl…