The Yellow Jackets (4-0) again were led by huge outings from the eighth-grade duo of Zion Thomas and Amore Connelly, who teamed up for an alley-oop dunk in the second half when Connelly started the fast break with a long outlet pass to Thomas, who then tossed the ball back up toward the rim for Connelly to hammer home.

Thomas finished with a game-high 25 points, plus 10 rebounds and four assists, while Connellly went for 20 points, nine rebounds, five steals and three assists.

The defending FAC champion Jackets will seek a 16th straight win dating back to last season when they cap the 2021 campaign Monday at fellow unbeaten Table Rock (3-0).

Thursday’s scheduled Heritage-East Burke and Table Rock-West McDowell boys games were canceled with the Raiders and Spartans teams in quarantine. It was EB’s fourth straight cancellation and TR’s second straight.

The Raiders (0-1) are eligible to return for Monday’s finale at East McDowell, and Heritage is now finished for the year at 2-2 with its Monday game at West now also canceled.

In their final home game of the season, the Lady Raiders (5-0) erupted with a 38-point rivalry victory Thursday to run their winning streak to 32 games dating back to 2018.

EB coach Nancy Kelly called it a “great all-around effort” with every player scoring in the victory.

The Lady Knights (1-5) saved their best for last Thursday, breaking out in a big way with a one-sided road win to end the year.

The Lady Falcons (2-2) were scheduled to play at West McDowell on Thursday. No details were available.

VALDESE — Draughn opened the spring 2021 football season at home on Thursday night, beginning its final season in the Northwestern Foothills 2…

VALDESE — It’s safe to call the Draughn football team’s 2019 offense the most prolific in program history.

Young guys, late stand save day for Freedom at Saint

HICKORY — For the past decade, the thrills provided by a high-volume offense have defined nearly every win the Freedom football team has collected.

ICARD — Simply put, the last four seasons for the East Burke football team have been rough.

NORTH PORT, Fla. — Hall of Famer Chipper Jones has been active in his new role as an Atlanta Braves hitting consultant at the team’s spring tr… 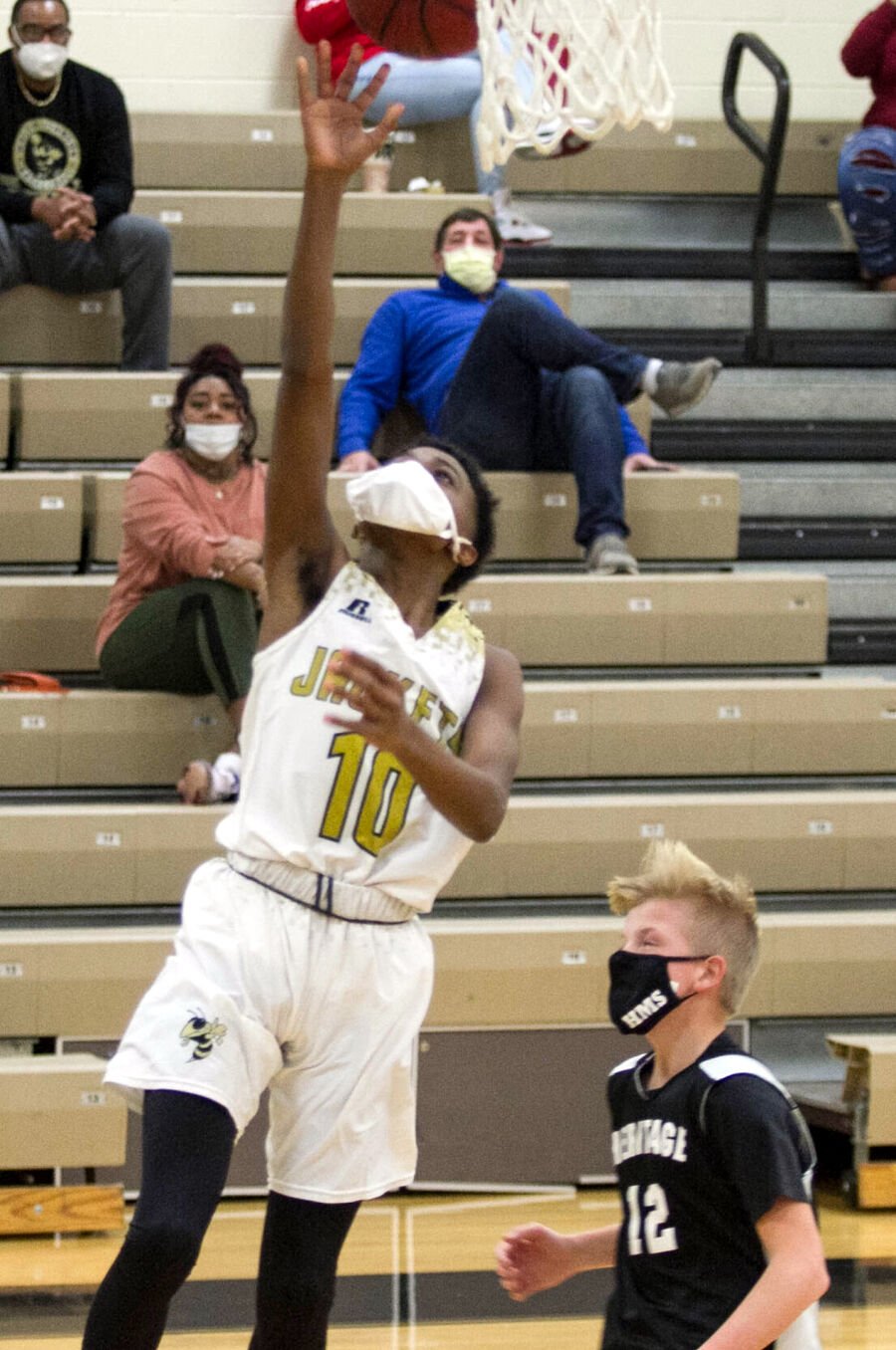 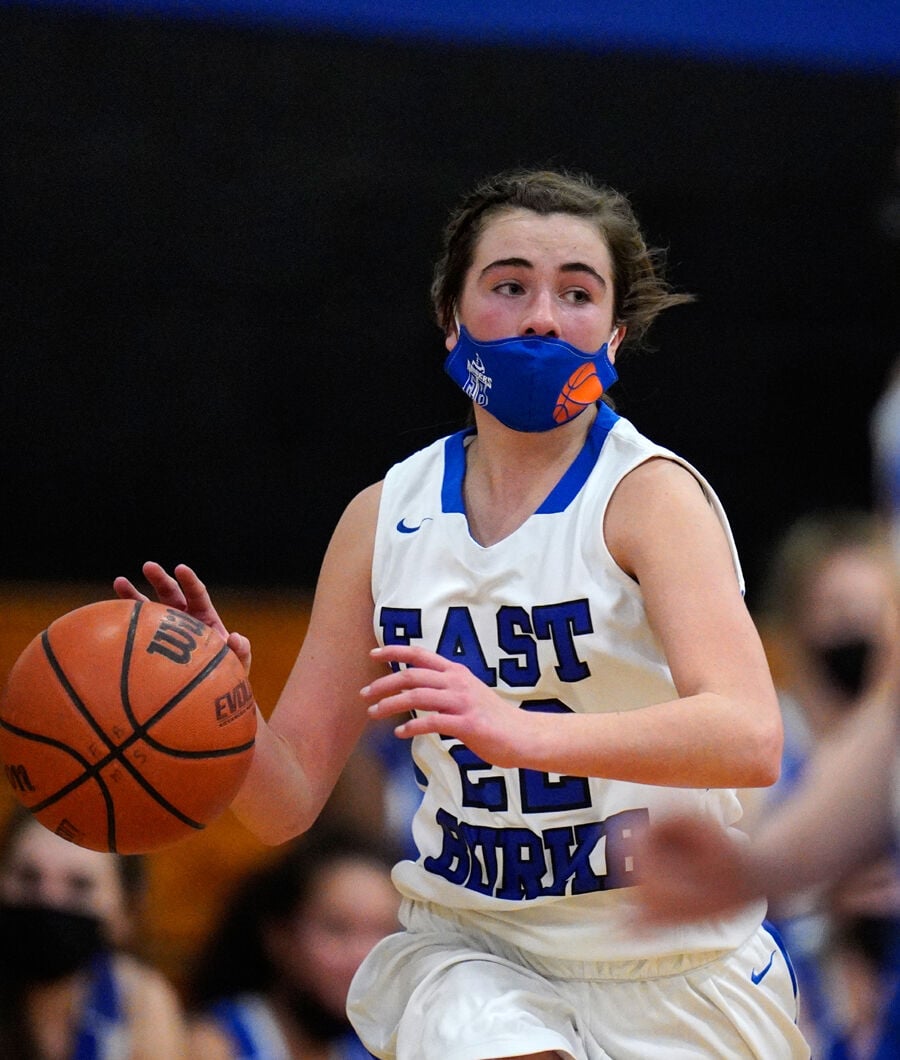 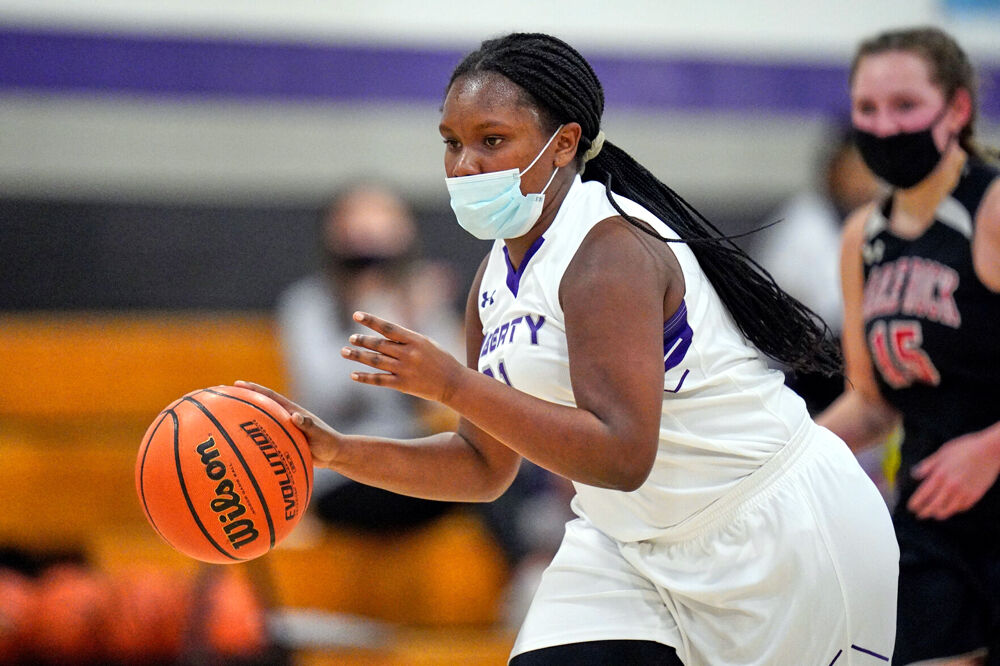 Liberty's Jenaya Johnson pushes the ball upcourt against Table Rock at home in a Jan. 4 game. Johnson posted a double-double in Thursday's season finale for the Lady Knights.