With the return of the major sports and a month away from the playoffs, NASCAR is facing a crucial month.

The stock-car boys are no longer on the big sports stage and no longer racing on the classic tracks in their original footprint. It feels as if the sport is back in the shadows.

And now comes the oddest scheduling we’ve yet seen.

While news is pouring out of baseball, good and bad, the NBA, the NHL and yes, the NFL, racing has quietly gone from Kansas and now New Hampshire and will then head to Michigan for a two-race weekend. It’s as if it’s suddenly driving away from us just as the other sports take over television and the daily news cycle.

This was always going to be a strange summer. NASCAR’s decision to shake up the schedule resulted in the death of the Firecracker 400 as we knew it. Now we’re meandering through August, hoping the strange combinations of Michigan, Dover and Daytona (road and oval) will produce races and results to get the sport back in the spotlight.The playoffs can’t come soon enough.

NASCAR couldn’t have dreamed of a better run-up to August, with mostly decent races and some great finishes to go along with the news-making decisions of spring and the controversy at Talladega.

It seemed as if the sport was in the news every day.Now we enter the strange catch-up month as Michigan gets its two races in two days followed by the Daytona road course, the Dover weekend and then the remains of the Firecracker on Aug. 29.But first we have to endure New Hampshire.

For whatever reason, old-school race fans equate Loudon, N.H. with the end of racing as we knew it. We lost North Wilkesboro and Rockingham and suddenly we were going to Fort Worth and Chicago and Kansas and Vegas.

So summer stock-car racing has never been the same.This year, NASCAR shocked the world, made news with its stance on social issues, made a necessary break from its racist roots and grew up before our very eyes. But it all happened during a pandemic with the other major sports and their fans watching.

Now those sports are back, and those fans are distracted and we’re a month away from the playoffs and we have to go to Loudon.

Change is never easy. But we’re indeed watching the sport go through a season of change that will affect stock-car racing forever. Up until now, most everything has gone well for the sport.

But now comes an uneasy month of waiting and hoping that racing doesn’t disappear over the sports horizon.

Ed Hardin is a sports columnist for the Greensboro News & Record.

Burke’s season ends in 1st round

MARION — Burke’s summer on the diamond came to an end Saturday afternoon in its first venture away from Shuey Field this season, at Big League…

COLUMN: Maurice Petty was at home in his shop and out of the bright lights

The first time I ever tried to interview Maurice Petty it didn’t go so well.

The strangest training camp in Panthers history is upon us, and even if this weren’t being played out in a pandemic, it would still be the most socially distant team we’ve ever seen in Spartanburg.

Steve Forbes has finally been able to see his new Wake Forest basketball team on the court, and he’s impressed with work ethic

Two and a half months of video and phone calls only did so much for Coach Steve Forbes in learning about his Wake Forest men’s basketball team.

Massoud excited to be back at Wake Forest

At the beginning of the COVID-19 pandemic, Ismael Massoud was able to stay in basketball shape by going to outdoor courts around his home in The Bronx.

Braves give up on struggling former ace Foltynewicz

COLUMN: Learning lessons in a wild week in college football

The ACC released its colorful new schedule in a Wednesday news dump, and a tremor was felt across the South.

A new ACC scheduling model for football season includes Notre Dame as a member and gives teams a 10-game conference slate, plus one non-conference game to be determined.

NASCAR's schedule is taking the sport farther from its roots. 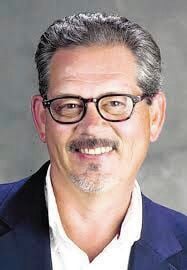