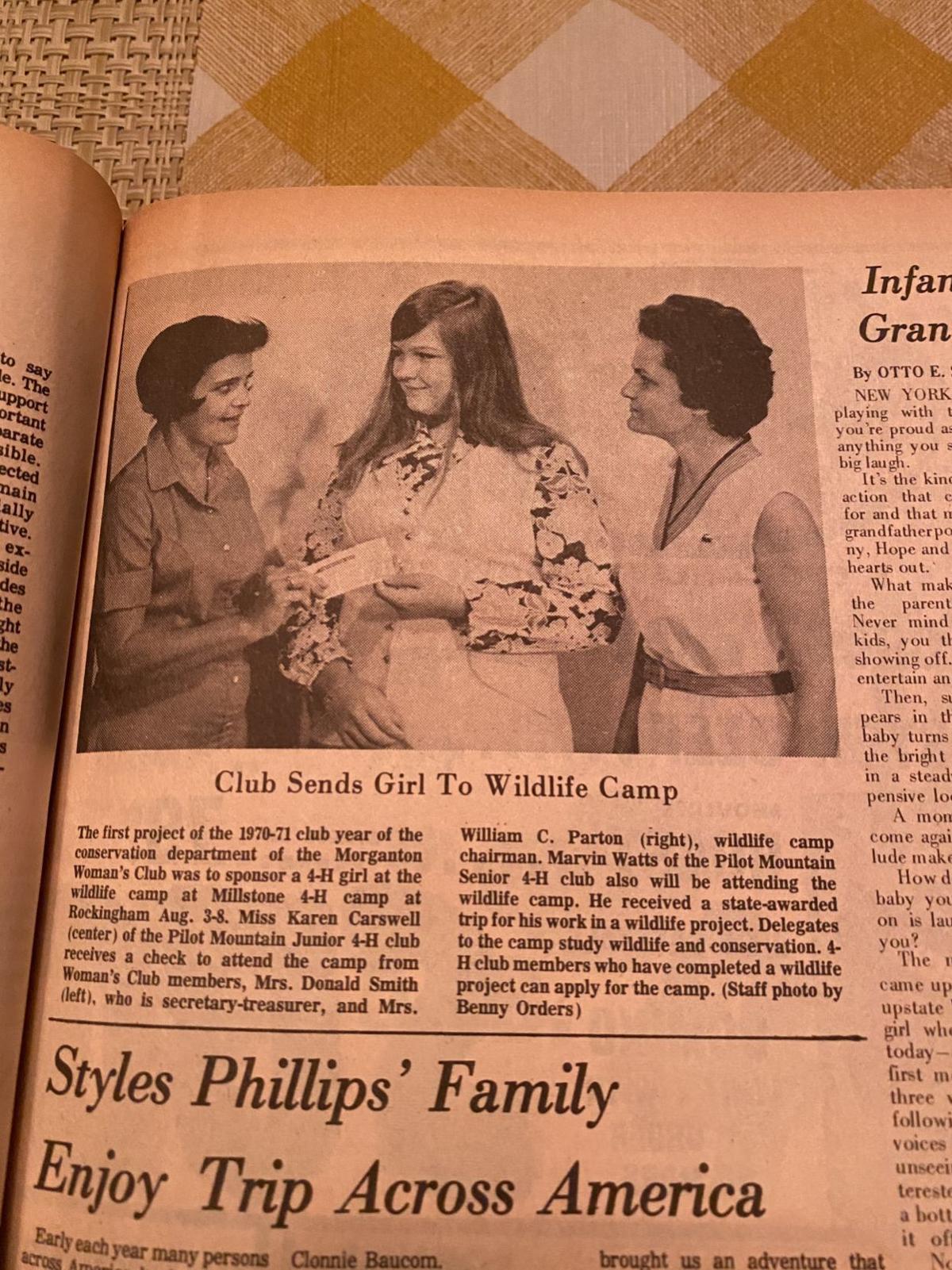 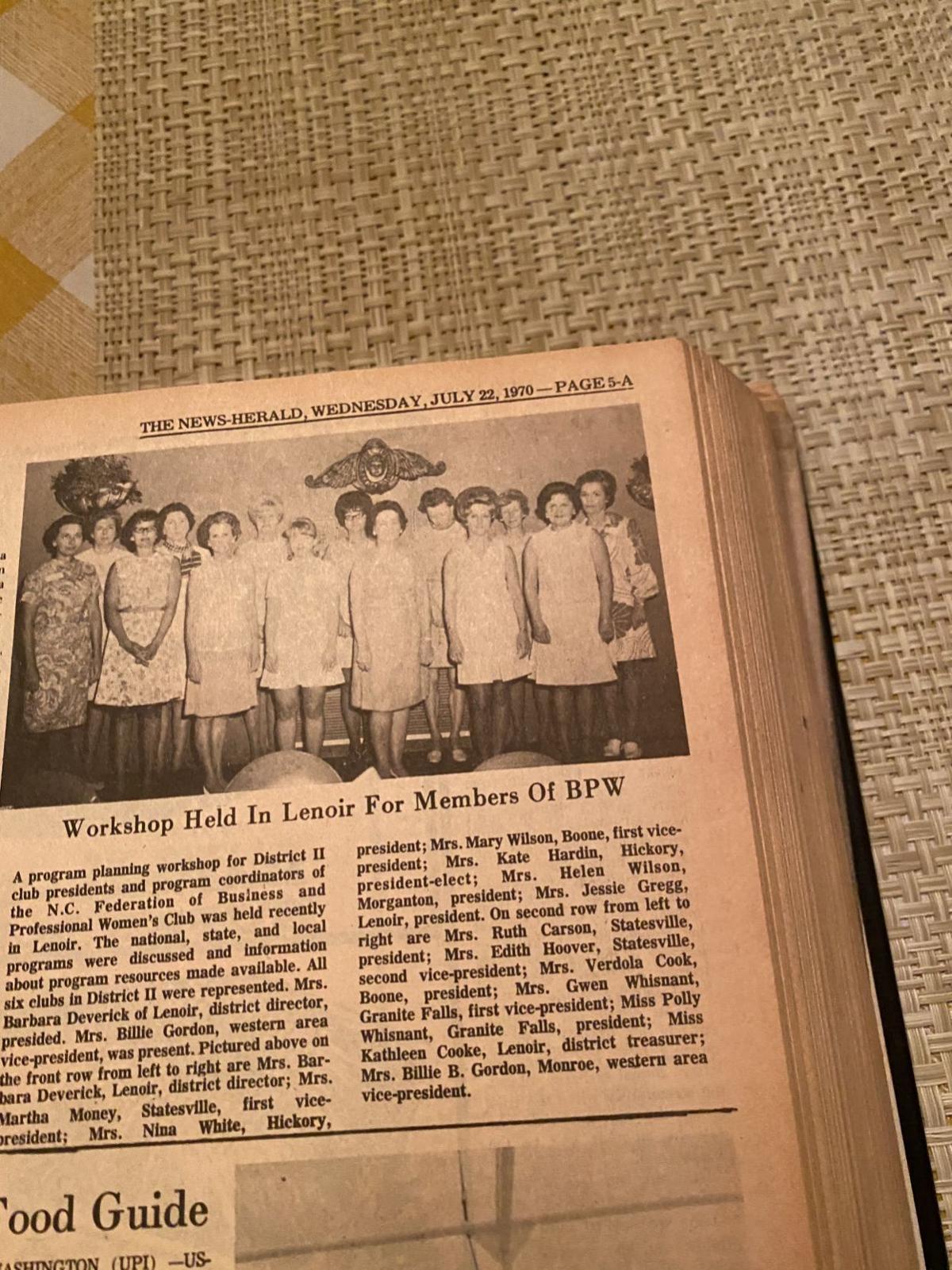 Members of the North Carolina Federation of Business and Professional Women Club held a program planning workshop in Lenoir 50 years ago. 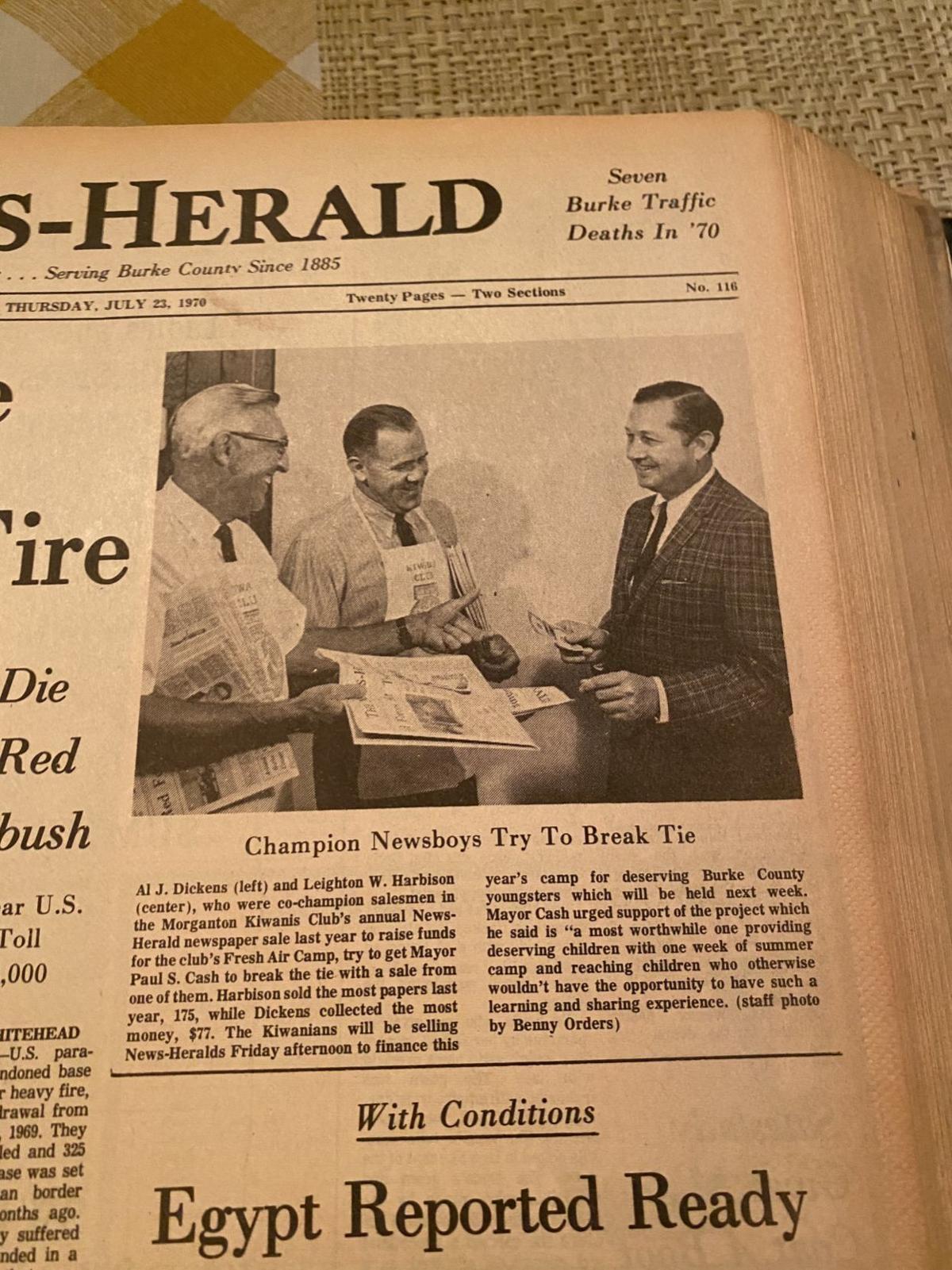 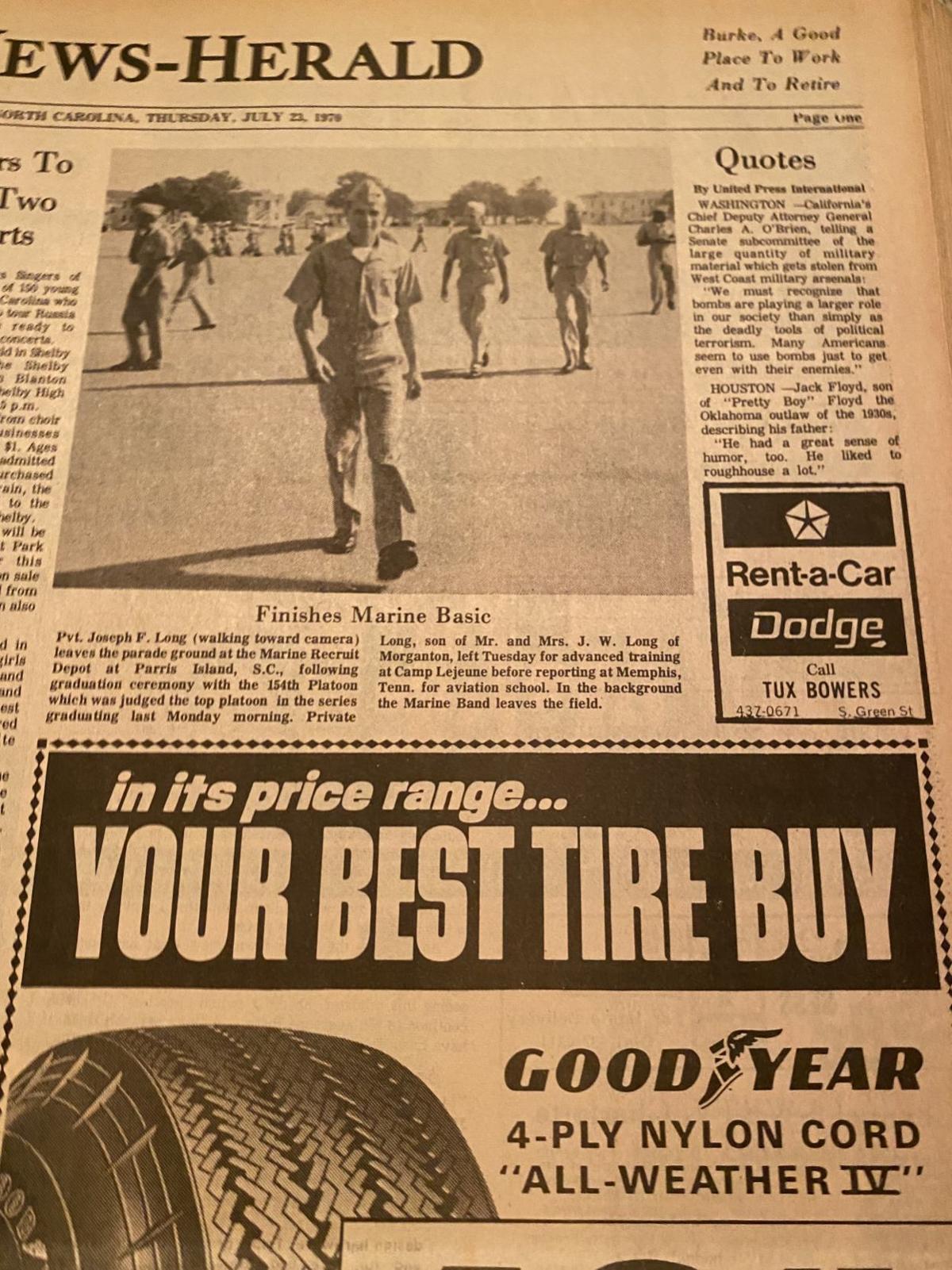 Pvt. Joseph F. Long of Morganton (foreground) graduated with the 154th Platoon of the U.S. Marine Corps 50 years ago.

The “older” News Herald newsboys who will be seen all around Morganton this afternoon are really Morganton Kiwanis, who will be working for their favorite project, their fresh air camp for deserving Burke County youngsters.

The newspaper sale is the chief fundraising project for the camp, which is held at the 4-H camp at Swannanoa.

This year’s camp will be held next week. The children will be selected by the Burke County Department of Social Services. Clarence Justice will once again be camp supervisor, assisted by 11 high school and college students as counselors.

Thirty or more Kiwanis will be stationed at various places in downtown Morganton and also at plants this afternoon, urging people to buy a newspaper and help send a kid to camp. Last year, almost 80 children had the opportunity to attend the one week-long camp and share in the rewarding experience of camp life.

Pvt Joseph F. Long led the parade ground at the Marine Recruit Depot at Parris Island, South Carolina following graduation ceremonies with the 154th Platoon, which was judged the top platoon in the series graduating last Monday morning. Long is the son of Mr. and Mrs. J.W. Long of Morganton. He left for advanced training at Camp Lejeune before reporting to Memphis, Tennessee for aviation school.

film being made about WPCC

Dr. John Tyo, professor of cinematography at Syracuse University in New York, is getting his camera ready and filming one of the many scenes to be included in a 15-minute sound and color film for Western Piedmont Community College. Tyo expects to be finished tomorrow for the informational film about the college, which will be pressed, edited and ready for showing this fall before interested local groups. In the scene being filmed today, James Cluberson is being interviewed in his office for comments as a banker on the direct economic impact of a college on the community, in addition to the less direct educational bebefits. Buddy Noles stands by with a light meter to check lighting, and student Albert Yoder checks sound levels with a headphone set. Noles is an audiovisual and duplicating technician for the production on the set. Tyo was accompanied here by a vacationing friend, Phillip Morrison of the New York State Department of Education at Albany, who assisted in shooting some of the many scenes dealing with WPCC activities.

This and that around the city: Come to think of it, permits were issued for three new business buildings in the city of Morganton during June. We have listed them before, but here they are again: W.E. Dale, McDowell Street; J.H. McCombe US 70 and Sanford Drive; and Bryant Frank Dale, US 64. All are of brick, steel and concrete. Keep the good works going.

The Wachovia branch bank building in the Morganton Plaza shopping center is fast taking shape and will be a real beauty.

A question is asked, “Why has all that dirt been removed from West Fleming Drive? No, we don’t know, but thousands of yards have been removed.

Let’s all do a little more boasting. We are expecting some good construction news to break soon. If it breaks our way, we will gladly tell you pronto.

Seen and heard around about: neighbors bringing us more tomatoes, among them Lewis Clarke, Henry Carter, Phifer Phillip and Cora Lee Rollins…Conversation: What local man has a name that could make you think of a drink that nearly everyone likes? Dunno? Why Samuel Coffey, of course. Don’t most folks like coffee? A rural woman on US 64 laughingly saying, “Morganton will grow whether we like it or not.”

We are well into canning season, and many people are looking for answers to their food preservation troubleshooting questions. A common assump…

June 27 my daughter called and told my husband and me not to walk to town that evening. She’d heard rumors that protesters and counter-protest…

The Foothills Conservancy of North Carolina purchased 96 acres in Burke County on June 9 for permanent conservation.

RALEIGH — Officials with the North Carolina Department of Health and Human Services, the Centers for Disease Control and Prevention and the Fo…

Compassionate care continues in the face of coronavirus

In addition to businesses and the economy, the coronavirus pandemic has hit nonprofits hard as well. Recently the leaders of three organizatio…

The North Carolina State Extension has announced that Jared Butler will complete an Extension internship this summer with its Burke County Center.

Members of the North Carolina Federation of Business and Professional Women Club held a program planning workshop in Lenoir 50 years ago.

Pvt. Joseph F. Long of Morganton (foreground) graduated with the 154th Platoon of the U.S. Marine Corps 50 years ago.